Will that really be the last we see of Carol? It seems like it would be quite a waste to develop a character so thoroughly and then remove them like this. However, it also makes one think about the fate of characters in this show—is death the only acceptable way for us to say goodbye to a character? Perhaps death is a more comfortable way to say goodbye to a character because it provides closure rather than to leave the viewers asking what happened to the character. Regardless, it seems this truly may be the end of Carol. Though upsetting, it feels better than watching a walker or a “glorified flu”, as Glenn called it, take her.

Rick and Carol finally discussed their “difference of opinion” and Carol actually seemed to talk herself out of a place in the prison. Her stance was all about facing reality and accepting what has happened, while commending Rick as others have numerous times, on his previous role as the group’s leader. If anything, Carol convinced Rick to face reality; and the reality was that his former friend murdered two people with little remorse and has done nothing but attempt to justify her actions. He would not again, as the Governor put it, fail to see the devil beside him. Beyond her direct murder of Karen and David, Rick may also feel as if she just indirectly murdered two people right in front of him. Rick wanted to keep the two survivors in one safe place so that he could help them, but Carol wanted to test them by sending them out to help gather supplies. As Rick feared, all went south for the duo, Carol didn’t seem to care. While she remarked (perhaps jokingly) that Rick, when waiting for them, was only concerned about the watch he had loaned them. Carol developed a warped sense of strength and flaunted it in front of Rick. 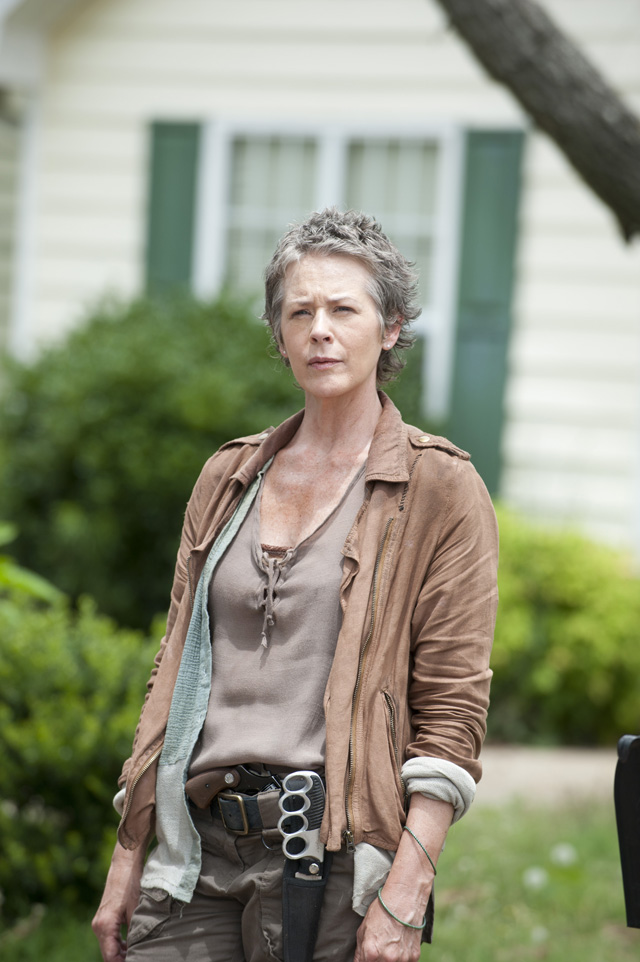 The conversation the two had while picking fruit seemed reminiscent of the talk Shane and Rick had in season 2; that there’s no use in remembering the past because it’s gone and it distracts from the present, which is why Carol doesn’t talk about Sofia or Ed anymore. Oddly, Rick’s pancake story did seem to have a relevant point to his current situation—ignoring reality can be beneficial sometimes. Lori ignored the reality that her pancakes were awful because the benefit was that she and her family were able to share a breakfast together every Sunday morning. Rick, in a way, has been like Lori; he’s ignored certain facets of reality because the potential life he was helping to build within the prison was far more worthy of his attention than the walkers outside of the prison.

Aside from the confrontation between Rick and Carol, a few side stories were explained more with the group out on the run. Though still a hardly touched story-line, Michonne finally admitted that running off to chase the governor was a bad idea and agreed to finally stop. When Tyreese questioned why she had been running out, she didn’t have an answer for him, though we can probably assume it was revenge for Andrea. This puts her in a similar emotional state to Tyreese, who is still largely hell-bent on revenge; being completely driven by anger, and thus, stupidity. Michonne possibly feels she had been acting no different than he has.

Though there still has not been a clear story-arc for Daryl, it would be unlikely for him to roll over about the banishment of his best friend Carol. Daryl is one of the few who have commended Rick for his time as leader and willingness to make hard choices. It remains to be seen if he can still see eye-to-eye with Rick on such a heavy matter, assuming of course, that Rick tells everyone the truth. Aside from this potential story, Daryl butted heads with Bob over his alcoholism in this episode. Bob admitted that after watching his two former groups all die, he had turned to alcohol abuse to distract himself and sleep at night. His choice to grab alcohol instead of medicine was unacceptable to Daryl, who had previously tried to console Bob over his alcohol use. 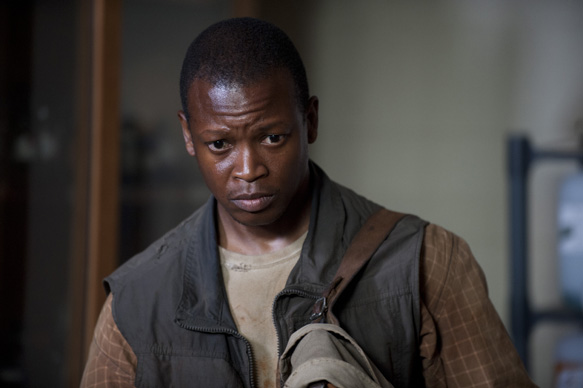 There was very little action in this week’s episode, and the drama was largely what has already been building up finally climaxing with Rick now letting Carol back into the prison, so there wasn’t a ton that had gone on. It’s been a rather slow start to the season, especially in comparison to season 3. I doubt things will stay “dull”, for lack of a better word, for long. “Indifference”, essentially what Carol has been embodying, earns a 3.5 out of 5 from we here at CrypticRock. Will Rick be accepted by the others for making his first hard choice this season? And will Rick continue to accept himself for this choice? Hopefully next week’s episode has these answers for us. 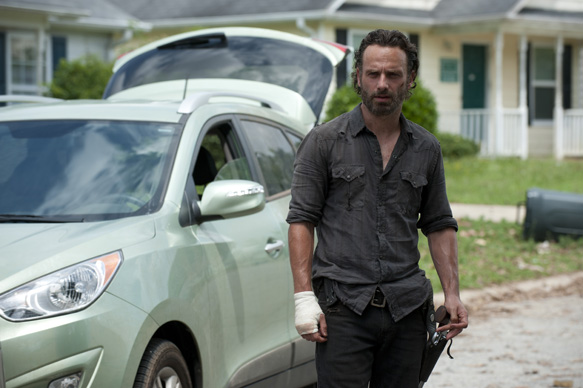