Just like that, Carol has begun following in the footsteps of Shane. Shane took surviving as far as it could go, killing Otis and Randall to protect himself and those he cared for without the thought of consequences. It drove him to the point where he lost himself completely, willing to kill his best friend in cold blood over some misplaced sense of entitlement because of the “hard choices” he had made. Rick traveled down the same road, adopting his previously mentioned kill-first-think-later approach after the farm fell, and he descended into insanity for a while as well. Fortunately, he was able to catch himself and come back before it was too late (a huge theme for he and Carl this season). Now it seems to be Carol’s turn to trek through the dark path of murder for the benefit of others, having taken out Karen and David in a futile attempt to prevent the spread of disease, and only time will tell how it affects her. 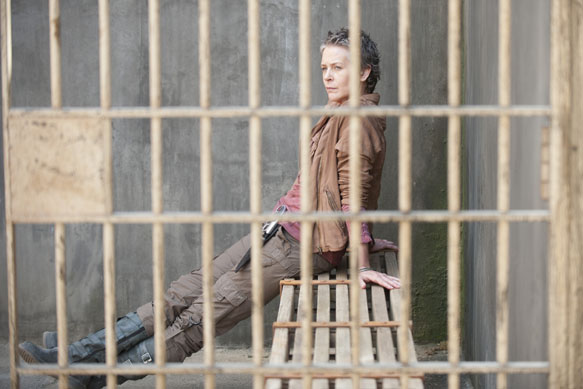 It has been stated in prior episode reviews that this season so far has been showing a tug-of-war amongst the group between practicality and idealism, with Carol championing the former and Rick the latter. This episode highlighted for us that practicality can in fact go too far, and the previous two have shown how idealism can go too far and leave one ill-equipped to handle real-world life-or-death moments. Though Carol and Rick agree during their talk that it is “always better to be safe”, it is clear that these two very different people have very different interpretations of that phrase. To Rick it now means to err on the side of caution and compassion, while to Carol it means to do whatever it takes to keep yourself and your loved ones alive and well.

Carl actually seems to be the new middle-ground in the tug-of-war. He internalized his father’s caution about acting on pure survival, but accepts the reality around him. He explicitly says to Hershel when they discuss the topic that he can’t be like that all the time. He knows that ideally caution and compassion should come first, but accepts that the world is a dangerous place now and certain situations call for certain drastic measures to stay alive. He does not deny the reality around him, but he does not let it consume him either. As an aside, Chandler Riggs has truly come a long way in terms of his acting skills—his lines are delivered much more naturally and he conveys Carl’s personality almost flawlessly. 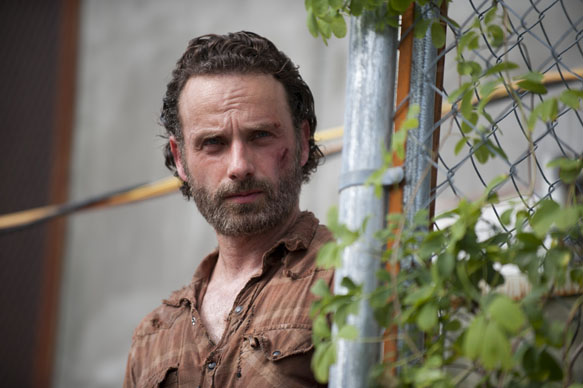 Realizing personal weakness also seems to be an underlying motif with several characters this season. Carol already seemed to be at least somewhat regretting her actions after Tyreese asked her to look in on Sasha because he knows that she cares. Rick is beginning to see that he needs to help be a leader for the group again and stop hiding from his environment. Carl, though most of his progression occurred during the time-lapse, saw the error of his shoot-first mentality and subsequently remedied the situation. Beth is still potentially in her phase of progression; she bounced from emotional to a facade without any emotion so far this season, but when it came to something as personal as her father’s life her walls seemed to come down. Tyreese, too, had shown his more human side; being sick of all the killing in the world and finding comfort in the arms of Karen. Although has now almost completely reversed course being on a war path to find out who killed Karen and exact his revenge; ready to plow through anyone and anything in his way, which almost cost him his life on the run with Daryl. Also, though largely unexplored as of right now, Michonne’s weaknesses has been clawing to surface as she forces herself into isolation from those she loves and coping still with the implied loss of a child. Everyone seems to think that they are stronger than they actually are, unwilling to accept how their actions may negatively impact them and those around them.

Hershel’s actions and words in “Isolation” echoed those of Maggie in the premiere—that living and being alive are two very different things. Most of the characters have been struggling to find meaning and purpose in the apocalypse, and Hershel argued his case for his own purpose very eloquently. Every action they take now has the potential to be life-or-death, and it is up to each person to decide for themselves what is worth risking their lives for. For Hershel it is caring for the residents of the prison, to keep them going for as long as he can. 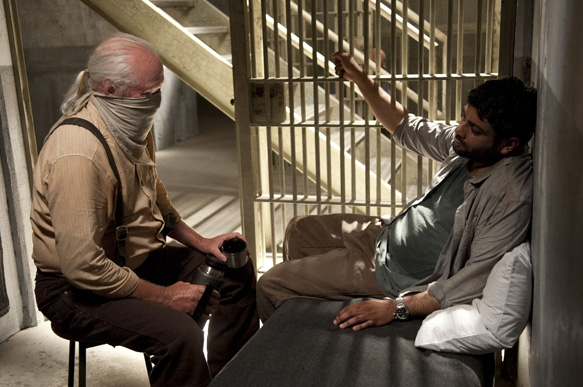 Though we’re all still missing our general fix of Daryl’s awesomeness, one of the few main characters to not yet have an established story-arc, we at CrypticRock give this weeks episode 4 out of 5 stars. It was filled with very unforeseen character progression on the parts of Carol and Tyreese, while hashing out struggles for other characters and still providing our daily fix of walker deaths. How will Rick handle the unfortunate confession from Carol? How will Tyreese cope with his loss? Can the prison survive the pandemic on top of a pandemic? How in the hell are Daryl and his group getting back to the prison now? We’ll hopefully have these answers and more after next week! 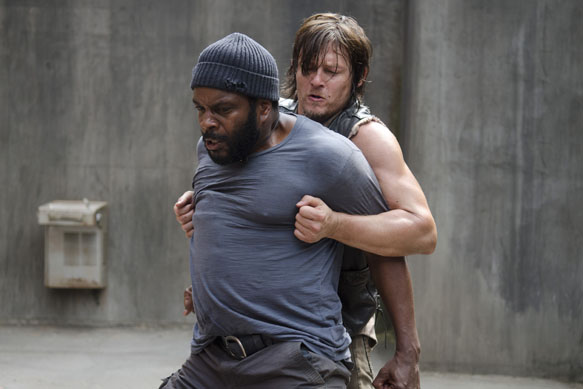