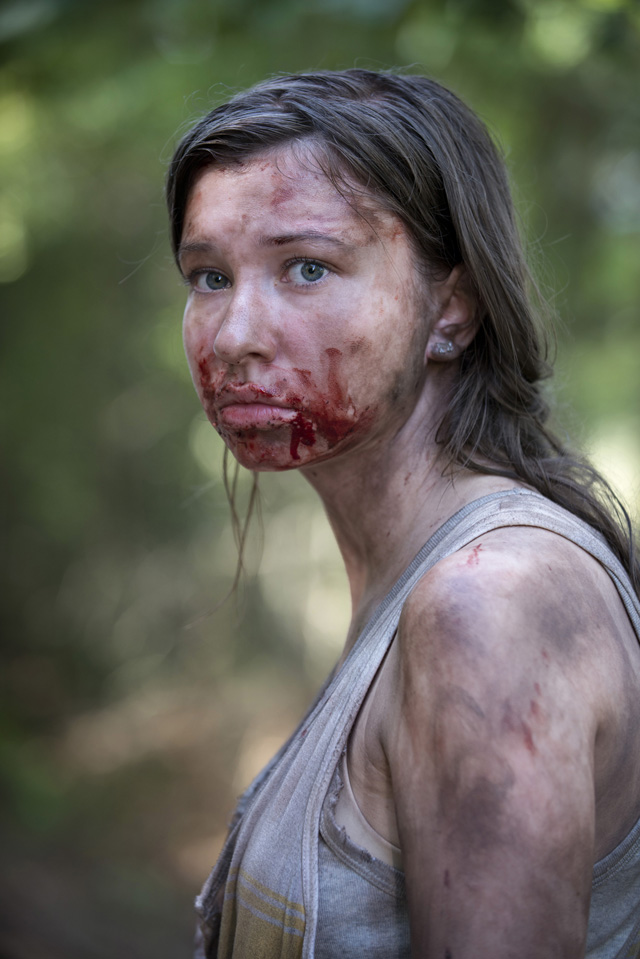 The second episode of season six of AMC’s The Walking Dead did not hold anything back in regards to action and violence. In fact, JSS  displayed some of the most intense moments to date. A brief back story for young Enid (Katelyn Nacon) was given, more vicious Wolves were introduced and Carol used her badass skills to save the day once again. Directed by Jennifer Lynch, this episode will be on the tip of fans tongues for a very long time, and for good reason. The episode begins with Enid suffering the loss of her parents. She goes on to survive on her own, eating wildlife and finding safe places to rest temporarily. Each time she stops somewhere new, she leaves the initials “JSS” behind. She arrives at the gates of Alexandria and hears laughter and talking within the walls. As she begins to turn away from civilization, she changes her mind and enters. Enid’s scenes, although somewhat short, were powerful and explained the trauma she has endured. Dialogue was lacking, but not needed to express her emotions. For sixteen year old actress Katelyn Nacon, it was a task she handled effortlessly.

As seen in the season premiere, First Time Again, much of the group is outside of the walls trying to lure a mass of Walkers away from Alexandria. Left behind, other than long-time residents, were Carol, Maggie, Gabriel, Carl, and Morgan. Without any warning, the residents are brutally  slaughtered by cloaked killers known as Wolves. While their backstory isn’t yet known, they are wild and inhuman, living up to their group name. As they ran around Alexandria burning, dismembering, stabbing and beating residents, it was evident how much they were enjoying themselves.

One point that Rick’s group has made several times is that every member of the town needs to know how to fight and defend themselves. This episode proves that point as the native residents do little to fight back. One resident that does show survival skills is Jessie (Alexandra Breckenridge). As a recent widow and single mother, her instincts to protect her children and herself kicked in as she was faced with an intruder. Once they got into the altercation, she faked being knocked out and was able to sneak attack the Wolf in her house. She made her move and stabbed them several times, not even stopping after the intruder was clearly dead. Her oldest son walked in and witnessed the incident. 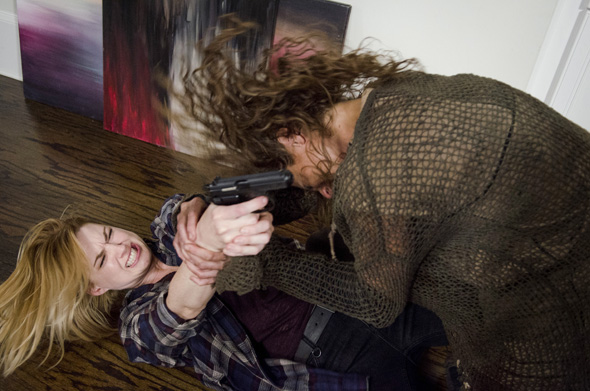 Refusing to use weapons other than his hands and stick, Morgan is convinced that no one has to die, even the Wolves. He attempts to imprison a man, just to have Carol walk up and kill the prisoner. He also lets several Wolves go free, but when he is attacked later, he finally makes the decision to kill. Gabriel is given guns but is not of any use since he is too unsure, and frightened, to use them.  Maggie does her best to take Wolves down as quickly as possible, but the true hero was Carol. Ruthless and smart, she used disguise tactics for sneak attacks and eliminated the enemy swiftly and with no mercy. By now, there is now no question on how dangerous Carol can truly be when she is in survival mode.

Carl and Enid remained at his house to defend baby Judith. Enid eventually comes to the decision to skip town and leaves Carl a note saying ““Just Survive Somehow.” Viewers finally learn what “JSS” truly means. Before leaving, she made the prediction that the town would eventually lose because  “They’re just people. This place is too big too protect. You have too many blindspots. That’s how we were able to–” suggesting that she may have known about the attacks. This goes hand-in-hand with the discovery made by Aaron that there is someone within the town feeding information to the Wolves. 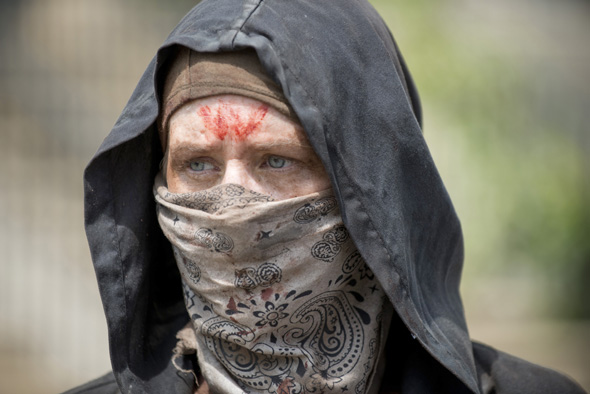 To say JSS was exciting would be an understatement. Although the Wolves within the walls were dealt with, there will most likely be more on their way. They seem to live for the hunt, which will be very problematic for Alexandria. In addition, they will still need to deal with the massive group of Walkers coming their way that were attracted to the noise from the fight. Now that the remaining Alexandrians have experienced what dangers lurk outside the walls, it will be intriguing to see how they adapt. Hopefully they will change their dinner parties to target practice. Cryptic Rock gives JSS 5 out of 5 stars. 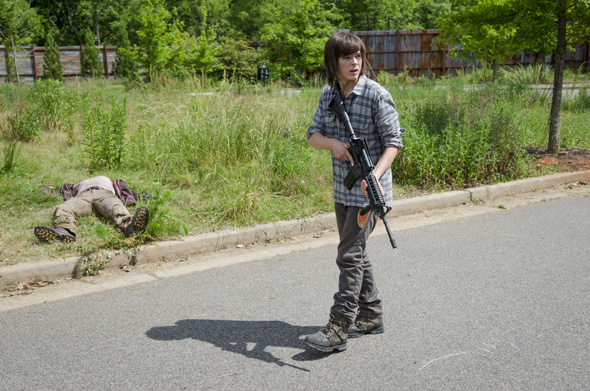 Co-writing credit: Melissa Ann
Like the in-depth, diverse coverage of Cryptic Rock? Help us in support to keep the magazine going strong for years to come with a small donation.