After almost a year of hinting, insinuating, confirming, and taunting, the world was finally introduced to Negan, possibly the most anticipated character to ever appear on the show. Jeffrey Dean Morgan (Batman v Superman: Red Dawn 2012, Dawn of Justice 2016) had big shoes to fill, and his performance did not disappoint. He brought the memorable villain to life in such a way that highlighted his own charisma while staying true to the origin of the character. Many fans felt disappointment on the initial ending, as the main question all fans had has yet to be answered, but perhaps it is worth a look back to capture the moments that made this the most intense episode of the series. 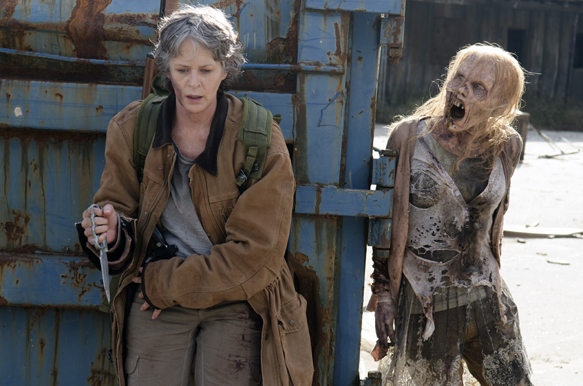 Picking up right from last week’s episode, our group is scattered, Morgan on the search for Carol, and Rosita, Glenn, Michonne, and Daryl held captive by Dwight’s crew, unbeknownst to the others back in Alexandria. When Maggie begins to have serious complications involving the baby, Rick takes a group and begins to head towards The Hilltop. It is the journey there where things start to go horribly wrong. At every turn, they encounter a roadblock, groups of men that keep growing. One involved a chain of Walkers linked together, clues attached to them on the whereabouts of the others already held captive.

Across the way, Morgan searches for Carol. He comes across a fully saddled horse, most likely the missing one mentioned by the man Rick and Morgan briefly encountered at the barn in the previous episode. He eventually finds Carol, who is badly wounded, but the real struggle is convincing her to return to Alexandria. She tries to run off, but the surviving Saviour she almost killed finds her before she can make it very far. She pleads and even taunts him to kill her, but he is stopped by Morgan, who puts an end to his oath. Two more men soon appear, recognized by Morgan as the owner of the horse. They are clearly not Saviours, a different camp whose story is not ready to be told just yet. They agree to help Carol, and Morgan shakes on it, putting his trust in them. 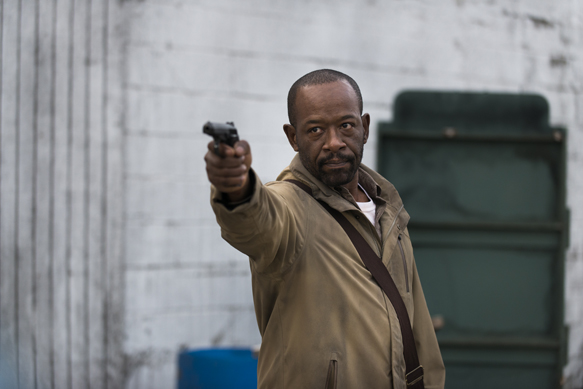 Attempting to outsmart them, Rick’s group make a plan to head out on foot while Eugene continues to drive the RV. This proves to be a fatal mistake, as they are funneled into a trap, completely surrounded by 50+ men, Eugene already captured. The Saviour at the first roadblock, played by Steven Ogg (Mail Order Bride 2003, Better Call Saul TV series), strips them of their weapons and lines them up, along with Glenn, Michonne, Rosita, and Daryl, all alive for the moment.

When Negan finally appears, the atmosphere completely changes, every word a chilling stab and reminder of the true danger all our characters face. His moment lasted approximately 12-13 minutes, but it will be one fans will not forget any time soon.

Starting with a mega herd that consisted of 1,000 actual people, there was already a tenseness in the air, foreshadowing Negans group, who have become a much bigger threat. In Last Day On Earth, fans watched helplessly as Rick’s normal confidence was stripped away, roadblock by roadblock. When they finally reached “where they were going,” the look on his face was terrifying, having no fight in him, only defeat. Carol has reached a level so dangerous, she has become a threat to herself, begging Morgan to let her die. Not believing it was her time, Morgan broke his oath to tell her so, giving their story an interesting direction as it progresses through season 7. 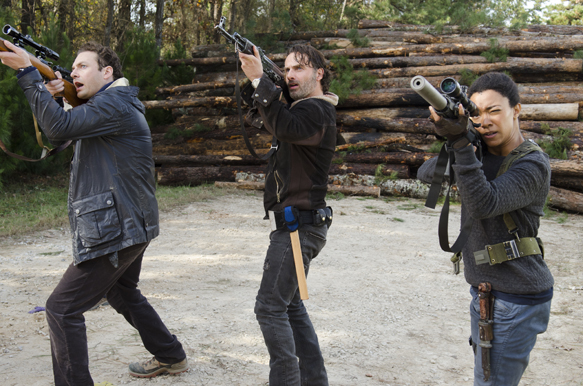 Then there was Negan, a surprisingly likable character in an awkward situation. There was barely a sound when he spoke, each sentence more complex than the last. Jeffrey Dean Morgan gave this role absolute justice, asserting himself on the show in a short period of time. It is an intrigue to see what he will bring in season 7, including who he chose to meet their demise. This was a difficult season to get through, pushing emotions to their brink. In the past, we have seen them face dangerous situations and fight their way through. There were people who lost their lives along the way, some sadder than others. No matter the intensity of the moment, there was always a feel that it was just another day in the zombie apocalypse, and the main group always seemed prepared for anything.

What made season 6 of The Walking Dead so unique was the way it tested the fans’ emotions, as well as the characters themselves. It was not just a matter of live or die – it was who they were, what they were becoming, what they wanted out of this life, and what they are up against. The show has reached a fan base so passionate, an involved discussion is never far, whether it is within earshot in a public place, or an uproar over the internet.

The writers and creators dared to test that passion, involving the fans more intimately than ever before, especially for those who have been a part of it since day one. Carrying the emotions of the character is difficult, but the ultimate fan will do it. This may not have been a favorable decision, but it keeps us moving forward, and second guessing everything. It is not about always giving the fans what they want, but rather giving them what they do not expect, and those the elements that make this show fun and exciting. CrypticRock gives The Walking Dead episode The Last Day on Earth 5 out of 5 stars. 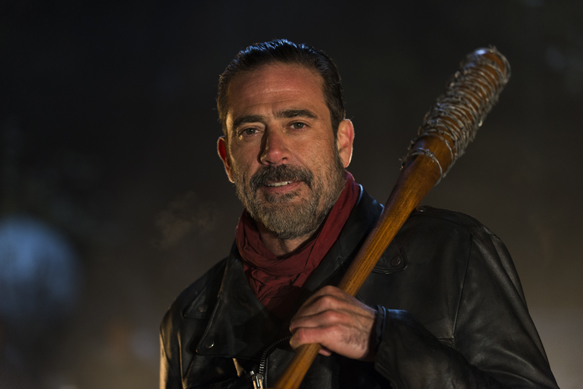