After months of waiting, AMC’s The Walking Dead opens Season 8 without a hitch, getting right into the task at hand – taking on and defeating Negan. After a slow buildup throughout Season 7, the camps are unified and ready but how long will it take to conquer Negan? 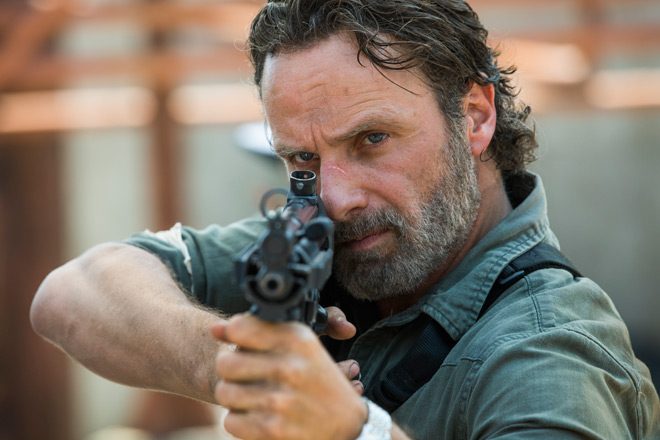 With the premiere of Mercy on Sunday, October 22, 2017, being the 100th overall episode of the series, Director Greg Nicotero celebrates the glory in the details – paying homage to older episodes while offering a fun Easter-egg hunt for die-hard fans. That said, there has been a lot of chatter regarding the snail’s pace throughout Season 7, but hopefully fans’ expectations will be met with the intense story they have been waiting for as Season 8 unfolds.

As a much more focused Rick prepares for the battle at hand, everyone diligently works to accomplish their next move: they armor up and confront Negan right at his doorstep. Meanwhile, a small crew strategically take out all lookouts and lead a huge herd to surround The Sanctuary; timed exactly right for Rick and his team to leave, trapping the Saviors within their camp. Father Gabriel, who tries to see the good in everyone, attempts to save Gregory, despite the fact that he sold out The Hilltop to Negan. He unfortunately gets left behind, trapped in a bunker with the foul-mouthed villain himself. This is not the first time Rick made a move against Negan, but hopefully he is prepared for what happens next.

Being the 100th episode, Mercy was an important episode to all cast and crew and rightfully so. That in mind, fans who have invested the time since the beginning with these characters are sure to appreciate the nods to past episodes, a feature Greg Nicotero is really proud of. For one, there was Carol spotting a graffiti flower, a poke at a heartbreaking decision she had to make back in 2014’s Season Four episode The Grove. They also honored the very first scene with Rick at a gas station and spotting a young female walker. Much to Andrew Lincoln’s surprise, this role was reprised by the same girl who was in the original scene, played by Addy Miller. It’s also interesting to point out that the group has the upper hand (for now) in the 100th episode, and the character Negan was introduced in the comics in issue #100 Something to Fear. 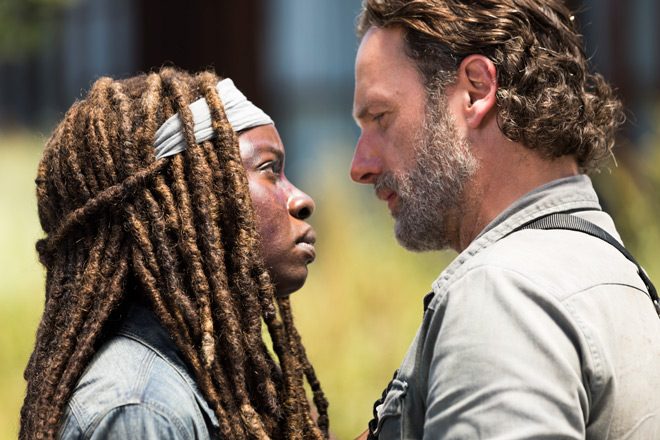 As mentioned, this is not the first time Rick pulled off a mission to survive the next day, though this moment had so much more weight to it. Season 7 clearly showed how far Negan’s reach was, affecting everyone outside The Sanctuary as well as within. It is about time Rick came back to his senses to set things right, not just for Alexandria but for all the camps that agreed to follow. It is the pivotal moment fans have been waiting for, but it is also only just the beginning. Although it was a drastic blow to The Sanctuary, Negan does not seem quite shaken just yet and now with Father Gabriel in his possession, who knows what his next move will be.

Adding more intrigue, the flash forward or daydream sequences are creating a bit of clamor as fans keep trying to analyze the time jump, as Judith and Rick appear to age quite a bit. Rick also has an obvious limp, requiring him to use a cane, a detail that pokes at comic readers. Too early to tell, but him mentioning to Maggie that he was been thinking about what tomorrow could look like is a possible clue.

Last seen in last season’s Something They Need episode, it was no surprise that Gregory ran to Negan to secure his leadership at The Hilltop; even though he lost his community’s respect long ago. This becomes clear to everyone when Jesus announces that they stand with Maggie, a sure disappointment to Negan and Simon. It was difficult to foresee how she will continue as her pregnancy carries on but she has made a huge impact, even Rick telling her how he will follow her once the war is over. 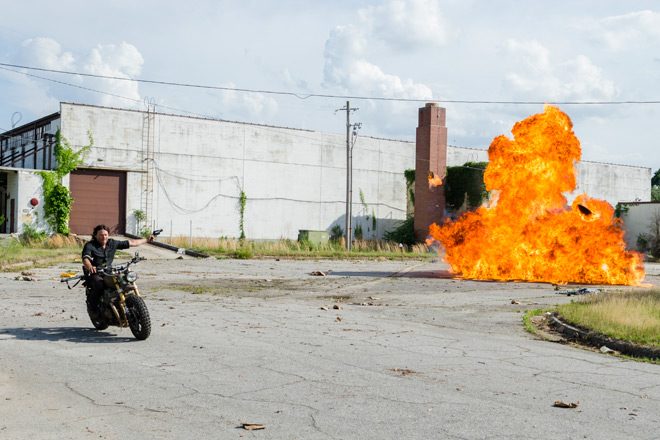 Another detail to take note is Morgan helping the group to take out The Saviors, betraying his no-kill beliefs he felt so strongly about in the last two seasons. His character has come a long way from the trauma he experienced and fans are happy to have him on board, despite his feelings on the matter. Although he was in a different place, both literally and figuratively, the booby traps seen back in 2013’s Season 3 episode Clear were impressive, and hopefully fans get to see that imagination brought to the battlefield.

Although “All Out War” has officially begun, it is still only the beginning and hopefully Season 8 can hold its audience’s attention. Of course, there are still other questions to be answered: like the mystery character Carl came across, the whereabouts of Heath, and what that card Tara found back in last season’s Swear episode represents, to name a few. In enough words,  most would agree Season 8 has some pretty big shoes to fill, but only time will tell what is in-store for these characters. Prepare for a wild ride, until then CrypticRock gives Mercy 3.5 out of 5 stars. 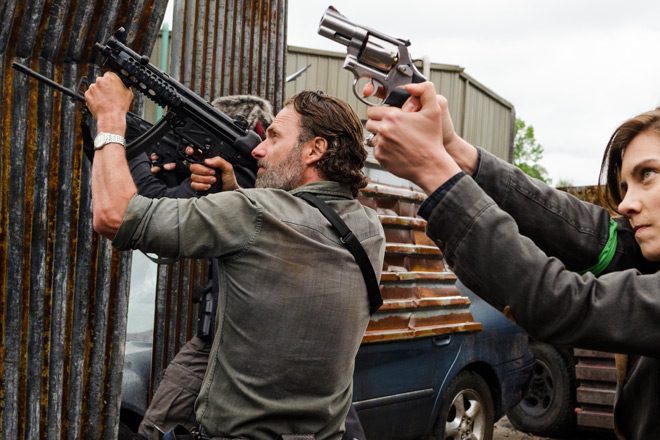