After over two months of a torturous wait, AMC’s The Walking Dead kicked off with a bang, quite literally, when re-launching season 6 on Valentine’s Day, Sunday, February 14th, with No Way Out. Following what some fans called a quite lackluster mid-season finale in Start To Finish, which aired November 29, 2015, No Way Out did not disappoint, and had it all – explosions, reunions, tragic losses, and of course, the demise of many, many Walkers. Bound to be the most ruthless season thus far, Sunday nights will once again be back to normal for The Walking Dead fans for seven more weeks. 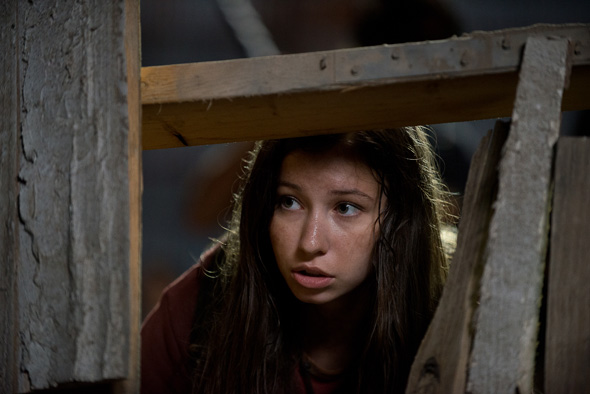 Audiences last saw the characters spread out across Alexandria due to a herd that penetrated the wall. Having a bit of an advantage, Glenn and Enid set a plan to get Maggie down from the platform, which is on the brink of collapse. Glenn opts to distract the Walkers, and once again is cornered. Just when the worst is about to happen, he is saved right in the nick of time. Sasha, Abraham, and Daryl, who have been separated from the group since the episode First Time Again, come across a few members of the group known as The Saviors. They are pretty tight lipped of their leader, Negan, who has still yet to make an appearance, but offer a few minutes of intensity, as it became clear that this group had no intentions of allowing them all to live. Luckily, Daryl came to the rescue with their newly found rocket launcher, easily escaping them, at least for now.

After taking Denise hostage, her and the Wolf hide outside, while he plans their next move. They become an unlikely pair, as he needs Denise alive to save his own life from his infected wound. He decides for them to make a run for the wall to climb over and escape, but unfortunately he is bit, saving Denise’s life. Carol soon after gets her wish, putting a few rounds in him, ridding the group of the Wolves for good. 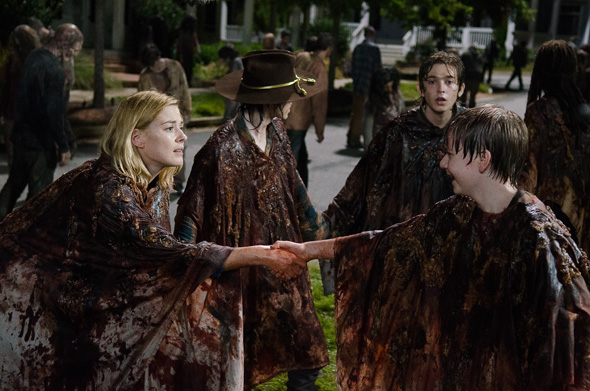 Aiming for the armory, Rick, along with Carl, Jessie, Sam, Ron, Father Gabriel, and Michonne, slowly make their way through hundreds of Walkers. They are forced to set a new plan, and decide to split up. Gabriel offers to take Judith to the church, which Rick, although reluctant, agrees. Soon after, Sam, who has been struggling with his own demons ever since the raid from the Wolves, simply could not control his sanity anymore, and is attacked by the Walkers, followed by Jessie, who refused to let go. For whatever reason, Ron thought this to be the perfect moment to take his teenage angst out on Rick and aims his gun in his direction. Before he can make the kill, Michonne takes him out, but not before he severely disfigures Carl. In a rampage, Rick begins slaughtering Walkers with just a hatchet. One by one, the remaining residents of Alexandria follow suit, and they work together to rid the infestation from their home. Coming in handy once again, Daryl fills the lake with propane and shoots the rocket launcher so the remaining Walkers head right for it to burn. 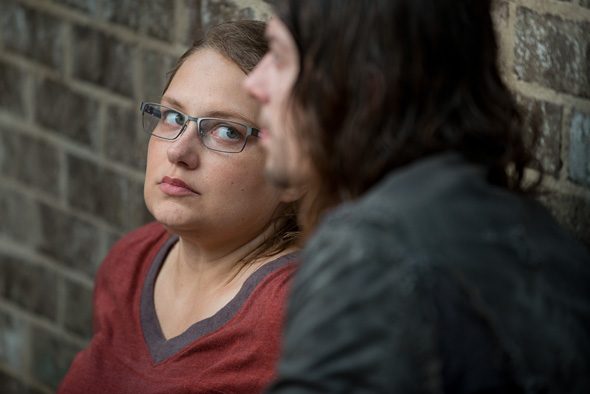 Being one of the best episodes of The Walking Dead to date, this may be a hard one to top. So much work and effort went into this one episode alone, not just from the actors themselves, but from those who work behind the scenes as well. Not only did they have to control massive fire in two separate scenes, but they also had to make a dummy replica of Carl for Rick to carry, which was hard to tell the difference. Fans got to rejoice once again for Glenn and Maggie, who both lived to see another day. Knowledge of their unborn child makes this moment that much more sweeter. It was also refreshing to see the more timid characters step it up, Father Gabriel and Denise in particular. Of course it was sad to lose Jessie, but her sons, on different levels, unfortunately had their demise coming.

Now that the chaos has died down, many issues still need to be addressed over the course of the remaining half of season 6. How will Morgan appear in everyone’s eyes, and will he be punished for his actions? Will we see a different side of Rick after losing a love interest and almost his son? If so, how will that affect the others? Can Alexandria rebuild, and can they do it in time before The Saviors find their whereabouts? Just a few of many questions with one episode alone, season 6  is determined to be the most intense moments yet. CrypticRock gives No Way Out 5 out of 5 stars. 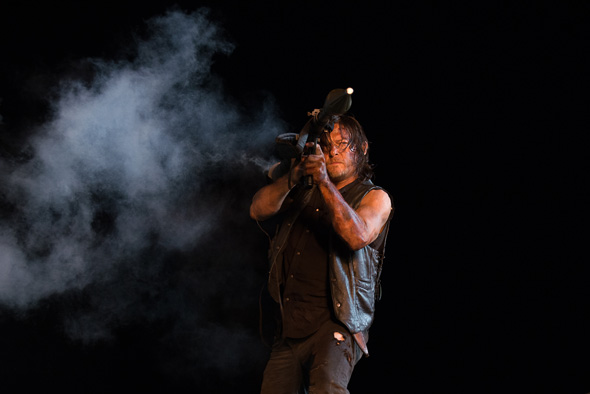