The Walking Dead – Not Tomorrow Yet (Season 6/ Episode 12 Review)

This week’s episode of The Walking Dead, Not Tomorrow Yet,  focused on some pretty dark moments amongst Rick and the group. There was a reflection on Carol, possibly feeling guilt-ridden from all the recent events which have shaped her character. Abraham ended his relationship with Rosita, and the mission to rid the world of Negan and his men goes horribly wrong. 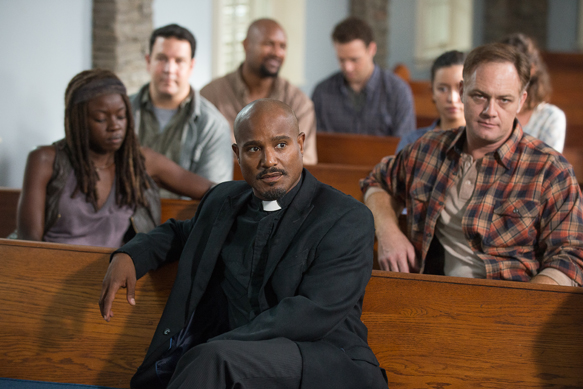 The scene opens with Carol, going about another day, handing out cookies with a smile she can fake so well. She saves the last for someone special, Sam Anderson, laying it atop his grave. While she is there, deep in thought, Morgan confronts her on their fight in the cell. She reveals to him that she chose not to say anything to Rick regarding the Wolf in captivity, as well as making Rosita, Tara, and Eugene stay silent as well. She does not give him a reason why, but it could be she understands making a solitary decision for the good of the group, one that got her exiled in season 4.

Abraham has apparently made his decision regarding Rosita, and he handles it pretty abruptly, packing his things with very few words. After Rosita demands a reason from him, he simply tells her that he no longer considers her the last woman on earth, and walks out, leaving her heartbroken. 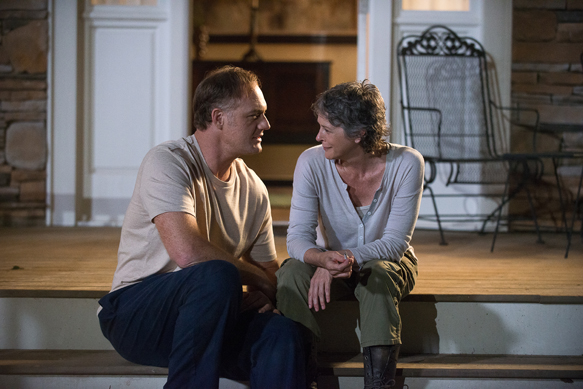 Back from The Hilltop, Rick calls a meeting with all the Alexandrians to prepare their next move on Negan and his men. Morgan is the only one who protests, still living by his code to not kill and find another way. He pleads that everyone is not stuck with this decision to fight, but after the attack from the Wolves, no one seems to want to take any chances. Soon after, they put the plan in motion to go after Negan. It starts off well, but ends with Maggie and Carol getting captured.

Having a slow and emotional start, Not Tomorrow Yet was one of the more fast-paced episodes, and possibly the most brutal they have ever had on the show. It is one thing to protect yourself from Walkers and people coming after you, but another to turn the tables and take out people while they sleep. Not to mention, there was not too much thought put into the mission, Rick staying overly confidant, keeping his eye on the prize rather than investigating the situation at hand further. As a result, Maggie and Carol could pay the ultimate price. 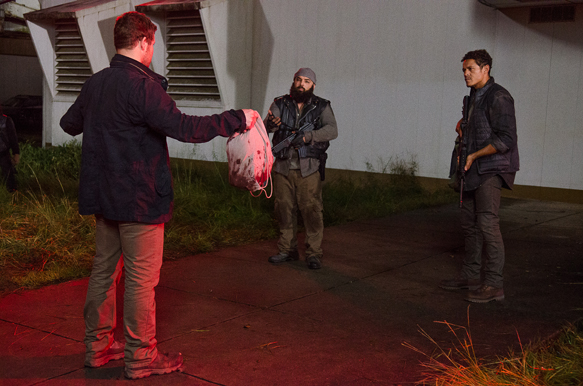 Another big turning point was a few characters making their first kill, mainly Glenn and Tara. Father Gabriel did not hesitate either, shooting a man point blank while reciting from the bible. It will be interesting to see how this will effect their humanity in future episodes, especially since their actions seem to be finally weighing on Carol, who is usually so focused and prepared.

With all that aside, the audience is left to wonder many things – did they rush into something they were not really prepared for? Are their actions justified? Sure, Negan already has a frightening reputation, but all of his men could be trying to survive like everyone else. Once your in The Saviors, it does not seem likely you could just walk away, as Daryl witnessed with the trio in the woods back in 606, Always Accountable. Judging from the pictures Glenn saw in the compound, it seems the group start a fire that may not be so easy to put out. CrypticRock gives Not Tomorrow Yet a 4 out of 5 stars. 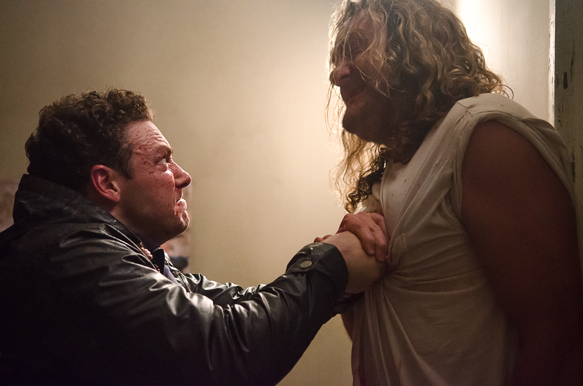