Another week of more information as opposed to action in AMC’s The Walking Dead episode entitled Now still left its fans with a lot to talk about. Rick makes a move on Jessie, Denise makes a move on Tara, Deanna copes with the reality outside the walls, and Maggie finally confirms a rumor that has been heavily shared among the fans. 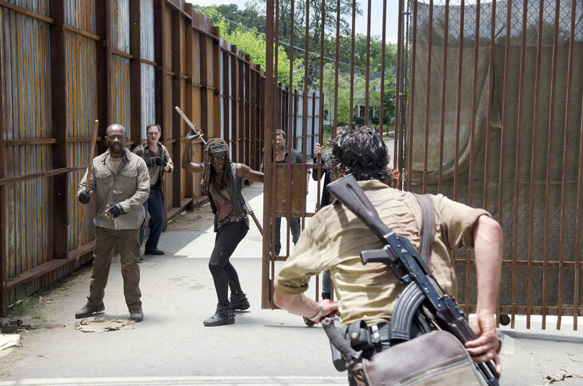 The opening scene features Deanna continuing to hold a heavy heart. Taking in all the horror in the recent past, she is presented to yet another threat – hundreds of walkers who are following Rick and completely surrounding Alexandria. Becoming just as mindless as the living dead, she dips into a state of shock, and as she loses control of herself, she also begins to lose the people. Aaron, Rick, Jessie, and Spencer do their part to shake the newly found reality into everyone. It is not until Deanna comes across a walker, a Wolf that was fatally wounded by Carol, where her spark comes back. Although she does not make the kill shot, she shows that she has some fight in her, which is a start.

Maggie wastes no time on the subject that has been haunting everyone in recent weeks – the whereabouts of Glenn. Feeling partly responsible for the attack on Alexandria, Aaron insists on helping. They unfortunately do not make it far, attempting a route underground through the sewer system. When they reach a dead end, Maggie forces herself to hold back, revealing that she is now eating for two, a surprise that is both exciting and heart-wrenching at the moment. Reluctantly, they head back, still holding onto their faith of Glenn’s return, along with the others.

In the midst of the chaos, new relationships begin to form. Rick and Jessie seemed to have a connection since they met, which has been obviously strained since Pete’s execution. When the Wolves attacked, Jessie stepped up to protect her children, and successfully made her first kill. Ever since, she has been seeing the world through Rick’s eyes, rekindling a spark they previously had. Even Ron has crossed over, asking Rick for shooting lessons. Along with Pete’s death, the new doctor position is granted to Denise, a girl who has some training in psychology as opposed to the medical field, and is filled with a lot of self doubt. Tara keeps pushing her, and pointing out the positives in every outcome, something Denise seems to be finally coming to terms with.

In most TV series, story plot episodes are often disliked and forgotten. Favored or no, they are necessary, as they set up the remaining episodes. There needs to be growth and enhancement for each character, and the story has to have meaning and make sense. It may not be action packed, but it adds crucial detail to develop the bigger picture. 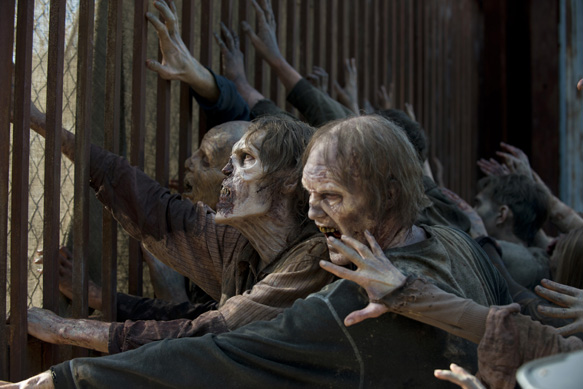 Another moment worth mentioning is the impeccable makeup Greg Nicotero and his team did on the sewer walkers. He mentioned in a brief interview that they carved out full rib cages, and placed shriveled organs behind it. One of them was designed so Maggie could reach her hand up inside the rib cage, something new that Nicotero always strives for.

With only three episodes left for the first half of season 6, it is hard to see what will become of our characters, for Now only raised more questions – what action will Deanna take? Will Alexandria work together better as a whole? Where the HELL is Glenn? What was up with the bleeding wall? Perhaps focusing on Daryl, Sasha, and Abraham in Always Accountable, fans will just have to wait and see. CrypticRock gives Now 3 out of 5 stars. 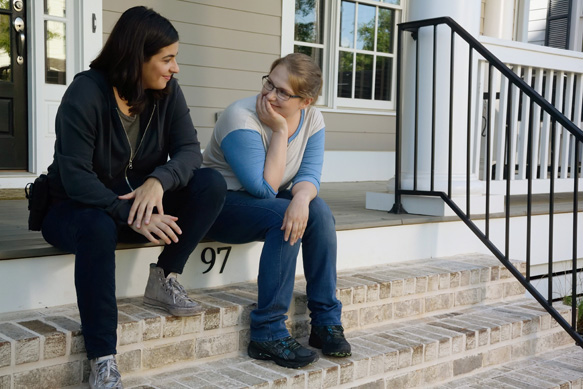