The season five opener for The Walking Dead was filled with action, revenge, and reunions, and now, the characters are left to regroup and head onward to their next destination in episode two, “Strangers.”  Still haunted by the traumatic  events of season four, Carol and Tyreese have a hard time coping with all that transpired, opting to forget it all.  After the destruction of Terminus, the group stick together and encounter a new character, Father Gabriel, a priest who has been cooped up in his church since  the onset of the apocalyptic world. Seeing all that the group has been through, Rick understandably has a hard time trusting Father Gabriel, and requests his presence  on a food run to a nearby pantry  he knows of. At the building of a charity organization, they find the mother lode in a basement, but due to a lack of maintenance, a massive hole in the roof has flooded the area with water, as well as walkers.  Showing he is completely helpless against walkers, for either religious reasons or something else, Father Gabriel is nearly killed, but saved once again.  After disposing of the waterlogged walkers, Bob heads to grab something from across the room, and is suddenly seized and pulled underwater by one more walker. Much to everyone’s relief, Bob assures them it was just a close call. 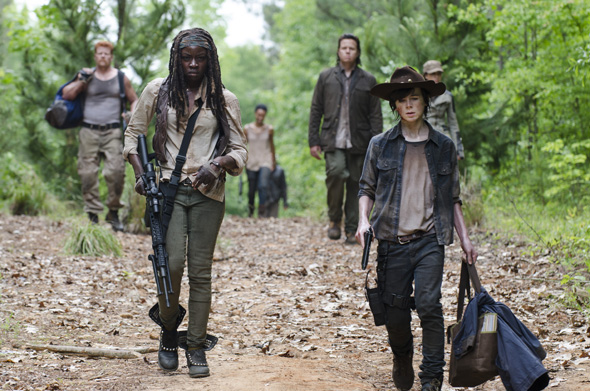 Upon their return to the church, there is much celebration with food, drink, and  family. Appearing uneasy with the situation Carol, a stronger character than ever before, sneaks out and heads to a car she found earlier in the episode. Daryl is right behind her and is clearly concerned for her well being. All of a sudden, they hear a car pass, and Daryl recognizes the cross on the back as the one that captured Beth.  Frantic to catch them, the duo race to the newly found car, hoping it leads to Beth.  Meanwhile, lost in himself, Bob quietly takes a step outside, and while taking a glance back, begins to cry. Before there is any more speculation of the current moment and what exactly Bob is emotional about, he is quickly knocked out and dragged away. He awakens in a fuzzy state, with Gareth, from Terminus, and what is left of his crew, camped out around a fire in the middle of the woods. After a brief speech how nothing is personal, Bob looks down and realizes his leg is missing, and is in fact cooking on the fire. 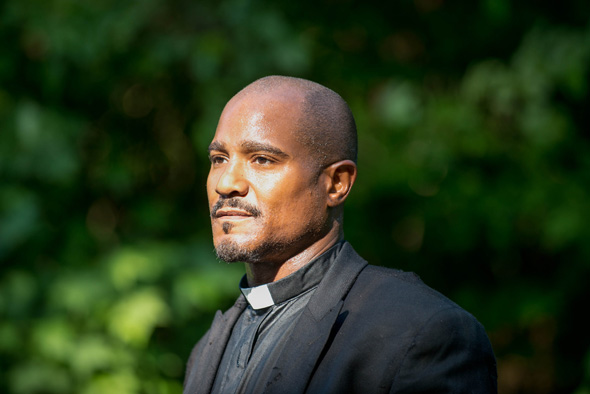 Strangers is more about storyline, allowing new subjects to come to light.  The episode is not nearly as exciting as the season premiere, which honestly is an extremely hard act to follow. While slower in pace, the ending of Strangers still leaves the audience with much to ponder…Where is Beth? Now that it is obvious the termites are cannibals and still pursuing them, what are Rick and gang going to do? If fans are asking these questions, and still have the desire for the answers, then it’s safe to say the cast and crew of The Walking Dead are doing their jobs.  The premiere of  Four Walls and a Roof on Sunday October 26th should be one hot ticket for The Walking Dead fans to sink their teeth into.  CrypticRock gives Strangers 4 out of 5 stars. 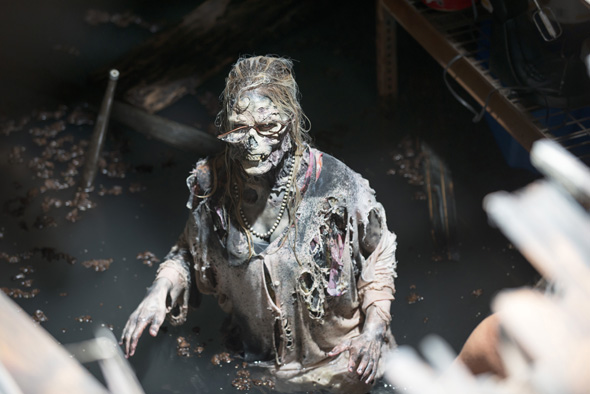 Read about No Sanctuary: 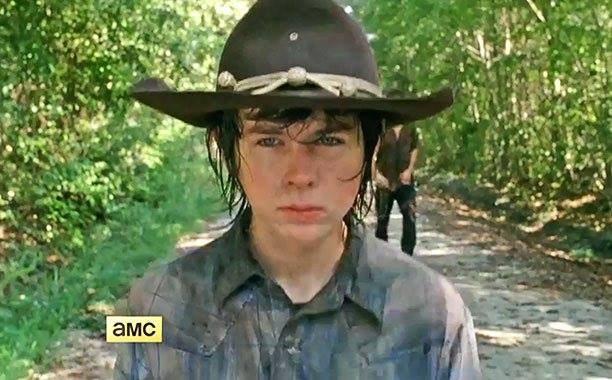