Moving along at a rapid pace, the third episode the sixth season of AMC’s The Walking Dead, titled Thank You, was the hardest one for fans to comprehend thus far this season. While Alexandria was under attack, Rick and the others deal with the walkers that have strayed into the woods due to the truck horn. Many were left for dead, but to viewers, only one stands out, sending social media into a frenzy as the conclusion remains unresolved for now. 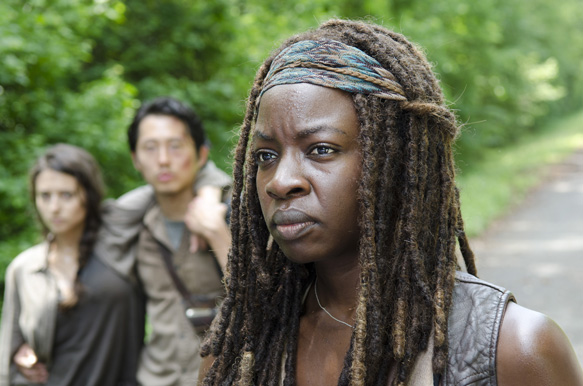 Desperately trying to stay ahead of the herd, Rick, Michonne, Glenn, and a few Alexandrians gain some ground and set a new plan. While Michonne and Glenn take Nicholas and the others back home, Rick runs back to a checkpoint to get the RV in attempt to circle around and help the situation in any way he can. Scared off by Morgan, the wolves find their way right in his direction and almost get the jump on him. Rick easily takes them all out but becomes stranded when the RV does not start. With an injured hand and hundreds of walkers heading in his direction, it is hard to say how Rick will survive this situation.

Meanwhile, the others make it halfway home and make a pit stop to patch up the injured. They are already surrounded by walkers, so Glenn and Nicholas attempt to burn a building down for a distraction. Unfortunately, this plan does south and they become stranded on top of a dumpster. Unable to cope, Nicholas gives up and shoots himself. As he falls to the ground, he takes Glenn down with him, culminating in an emotional scene where it appears Glenn is ripped apart by the undead horde. 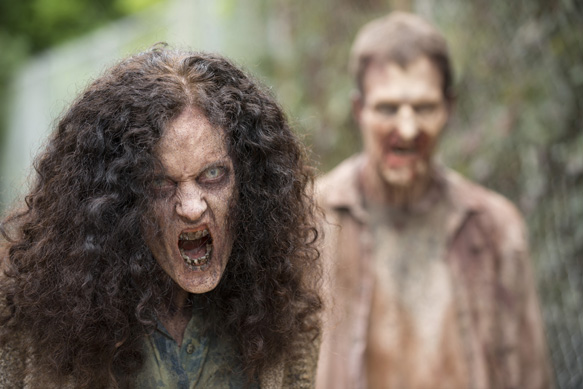 Throughout season five, there have been many hints towards Glenn’s demise. Since the episode aired, there have been numerous speculations across the Internet on whether or not his death had finally happened, as the crafty camera angle could theoretically suggest otherwise. Neither Talking Dead nor the creators will confirm or deny the end of Glenn’s life, although a letter from the creators that was read on Talking Dead implies that audiences will see Maggie’s other half again, or at least pieces of him. Regardless of the outcome, this was such an emotional scene, as Steven Yuen has been with the show since the beginning. From the time he saved Rick’s life in season one, episode two, “Guts,” it is no wonder why Glenn has become a fan favorite. Fans of the show have watched him grow from a pizza delivery boy to a man who would go to great lengths to protect his family and never gave up on anyone. When he and Maggie were separated in season four, audiences rooted for them to be together again, against all odds.

On the other side of the coin, Michael Traynor’s Nicholas was no fan favorite, although he did a wonderful job portraying his character. There is no reason not to believe that egotistical and utterly naive individuals like Nicholas would somehow exist in an apocalyptic world. Once he and Glenn resolved their issues, Nicholas seemed like a completely different person, finally understanding the consequences his actions had. This knowledge hits him hard, and the results of this epiphany kept sending him into emotionally stunted trances that Glenn had to keep rescuing him from. The moment when he gave up completely on top of the dumpster was a major shock, since he seemed so determined to redeem himself, and even more sadly, Glenn truly believed in him. 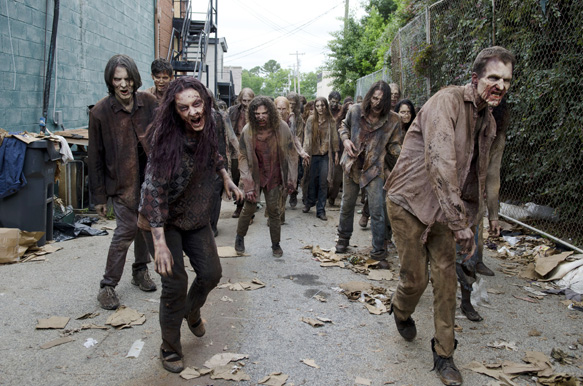 Although not as reckless, Heath (Corey Hawkins) was another character that needed a reality check. Spitting comments of disapproval at Michonne all day, she finally had it out with him, explaining that everything changes when one sees their friend’s blood all over them, a conversation he would later understand upon seeing his own bloody face reflected in the river. Hopefully, this frame of mind will spread to the remaining Alexandrians if they are going to secure their survival.

Pending the results on Glenn’s life or death, this episode will remain in viewers’ minds for a long time. Many reaction videos showed people crying out in disbelief, as well as shedding tears. So much controversy has erupted since the episode’s airing, with many people arguing that Glenn’s demise simply could not be true. Only three episodes in, Greg Nicotero and the creators have more than proven that they are not messing around this season. For those who still have faith, lets hope the RV battery dying for Rick is not a metaphor of some kind… CrypticRock gives Thank You 4 out of 5 stars. 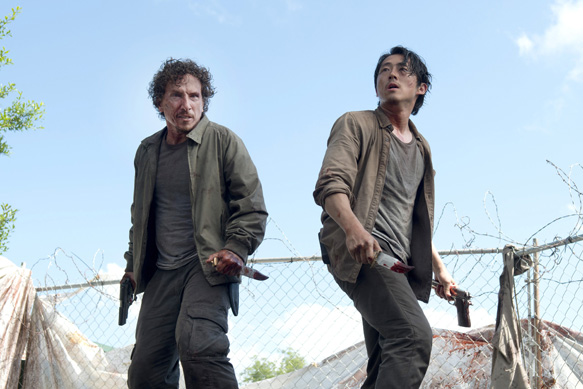