To say the return of AMC’s The Walking Dead seventh season has been anticipated is an understatement. Building up tension amongst viewers following the cliffhanger of season six’s finale, Last Day On Earth, it has been over six months of conscious theories, speculation, and even fans trying to pay off cast members for information. Finally, on Sunday, October 23, 2016, season seven launched at 9 PM EST with the episode The Day Will Come When You Won’t Be. An event that garnered viewing parties across the country and beyond, The Talking Dead directly following the episode was even held at the Hollywood Forever Cemetery in Los Angeles, California where thousands of fans gathered to bare witness to the answers everyone has been waiting to see. Quite telling, this provoked so much of a buzz, and even more of a buzz following the episode’s airing. 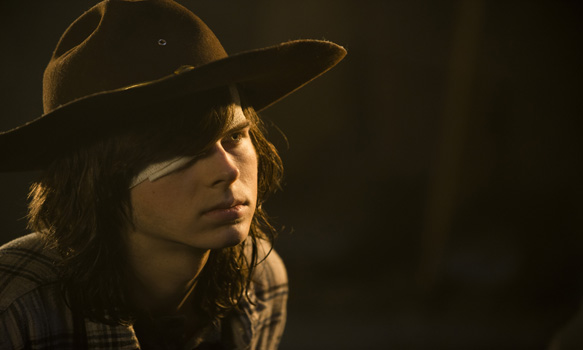 Directed by Greg Nicotero, The Day Will Come When You Won’t Be kicks off in full force, revealing one of the series most intense episodes to date, and perhaps one of the most intense television episodes ever to air on television. Newly introduced character, Negan, played by Jeffrey Dean Morgan, proves to be relentless, breaking the group’s spirit with every passing minute. That said, there have been a lot of mixed emotions with the content, and there is no denying it was shockingly graphic. Shockingly graphic to the point many fans are actually dismissing the series quickly, but remember, there was a clear disclaimer directly prior to the infamous scene warning it will be of a disturbing nature. Perhaps now people will take such warnings more seriously, driving home the threatening nature of Negan’s character even more. With this only being one episode, it is a wonder of what fans on both sides of the aisle can expect from the rest of season seven of The Walking Dead.

The last image of a majority of the cast members was embedded all over the internet for the last six months. Hundreds of people dealt with the cliffhanger by uploading videos displaying their ideas on who Negan killed and why. Most fans even tried following the actors whereabouts and side projects as clues to this mystery. Then, when The Day Will Come When You Won’t Be finally aired, there was a sense of relief to finally know what happened. Although, it was still hard to accept, as Nicotero threw a twist in there to throw off followers of the comics, taking two lives as opposed to one. 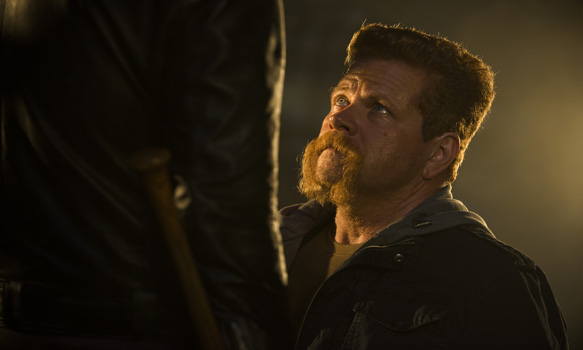 Although the “who” was the main talk for months, it was not the actual focal point of the episode. Negans’s ambition was to break Rick Grimes into complete submission, because he himself recognizes Rick used to being in charge. He made it very clear that the torture would not stop until he submitted, and by the end of the episode, Rick had enough. It was a rude awakening for what the main group are up against, and it will always be a major turning point in the overall timeline of The Walking Dead.

All this in mind, the dramatization throughout the episode was intense, all the way until the final minute. In fact, the most heartbreaking moment for the group was not until after The Saviors left, now able to process the horror that just occurred. The shock was extremely surreal, a range of anger and sadness; emotions not too far off from what the viewing audience themselves felt watching it play out.

Brutality and reality aside, the scene where Negan had a “pep” talk with Rick was powerful. Driving him back to one of the ambushed checkpoints that was previously set on fire symbolized a lot on the point that Negan was trying to make. A ton of walkers now invaded the area, and vision was limited because of the smoke. After kicking Rick out of the RV just to retrieve his axe, an axe that is actually Rick’s, Negan helped save his life by shooting some of the walkers, basically asserting the power and control he now possesses over him and his group. In the past, the audience has seen Rick focus his anger on the latest threat without hesitation, both the living and dead. After Negan was finally done getting his point across, Rick spots a walker approaching them, but he chooses to walk away, helplessly watching it feed on the remains that were their loved ones. This within itself raises a serious question on his future leadership. 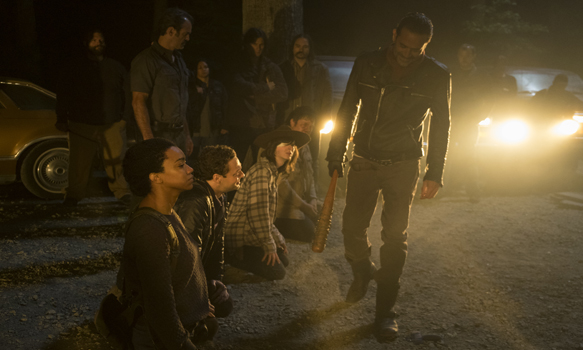 If Nicotero was aiming for shock value, he sure hit the nail on the head, not once, but twice. Although the demise of two main characters was a disturbing experience, the remainder of the episode should not get lost in the smoke. The love these characters have for each other is real, on and off screen. It is the main reason this show is so successful, as they pour these emotions into these characters, something these actors truly endure along with their fans.

As far as Negan, Jeffrey Dean Morgan had big shoes to fill, and love him or hate him, he has made a stamp on The Walking Dead that will never be forgotten. With so much loss already, it is a hard reminder that this was only episode one of scheduled sixteen. If you can stomach it, take a deep breath, collect your thoughts, and be prepared for one hell of a ride. CrypticRock gives The Day Will Come When You Won’t Be 5 out of 5 stars. 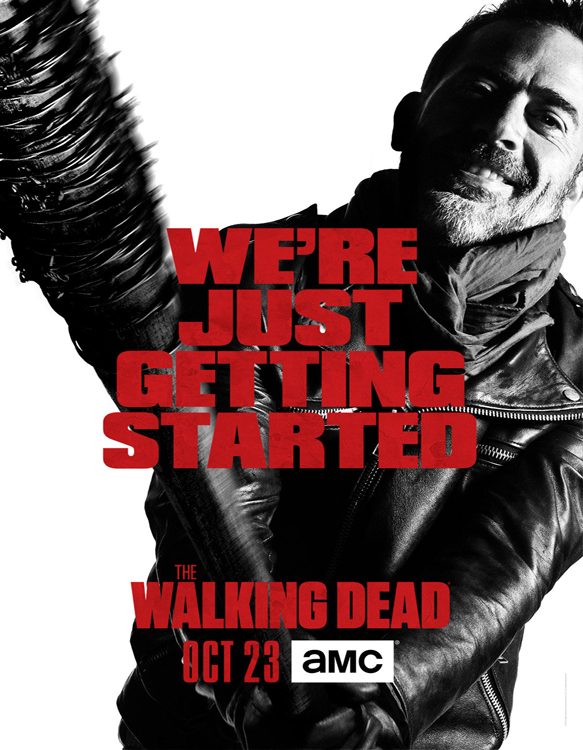