Over the past few weeks, matters have seemed to simmer down on The Walking Dead after a rampage of loss for the beloved group. Recapping, at the end of Them, Sasha and Maggie were coming to terms with everything and are approached by new character Aaron. While Aaron seems rather unassuming when introduced to the group, everyone cannot help but wonder what his angle is and what he wants with them. Right after revealing himself, Aaron tells the group of a safe haven nearby in The Distance, but with their recent encounter with Terminus, Rick is on guard and extremely skeptical. Taking every precaution, the group strip Aaron of his weapons and possessions and seek out whether or not he is telling the truth. Slowly, every piece of his story checks out, including the one other person who was a check point for them, Eric. While Rick and Michonne seem to be on different ends of the spectrum on whether to trust Aaron or not, it seems at this point the group will take the risk having been on the road as long as they have. It seems clear that this offer sounds too good to pass up, and soon enough, they find themselves at the gate of Alexandria. Extremely withdrawn of hope, the moment Rick hears the sound of children outside the gates of Alexandria is, not only beautiful, but a moment viewers could take to exhale. 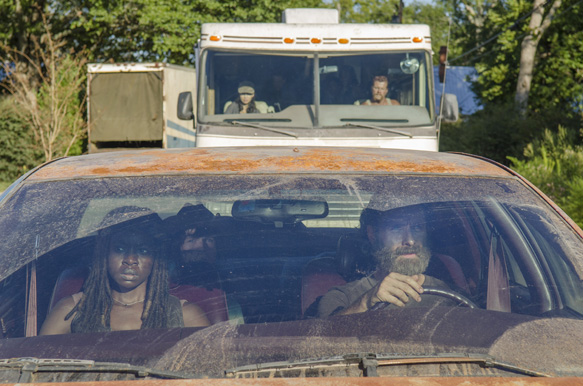 Before entering Alexandria, Rick uses old tactics and hides a gun in a nearby area wrapping up The Distance. Picking up from the moment they are ready to discover a new fortress, they continue on to meet Deanna Monroe in Remember.  The meeting of Monroe, a member of Congress prior to the zombie apocalypse, puts an ironic twist of the original plan to Washington. She records every greeting individually, capturing every first impression, looking to size up the potential additions to the community. While her manners are warm and welcoming, again, in the world the group is living in, are they really to trust this woman? From the interviews, she assigns jobs, giving everyone a purpose within the community. Although not necessarily life threatening, a few members of the group experience their own conflicts. The most peculiar is Enid, a girl around Carl’s age, who seems to lead a double life, inside and outside the protective walls, whom also may be a possible suspect for taking Rick’s hidden gun. 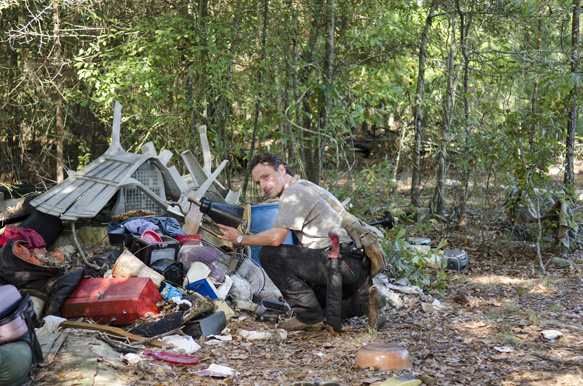 With little knowledge of Alexandria, Rick finds confidence that his family can in fact settle there, with or without the existing community. This new territory filled with absolute normalcy is certainly a shocker to both actors and the audience, both parties experiencing a harsh world with post apocalyptic rules for five seasons. Here, the people seem like sheep, completely unaware of the dangers that constantly haunt the group, or just how dangerous their new neighbors are. It is a surreal moment, not one expected to last long, as more wolf references are dropped, hinting for more dangers on the way. 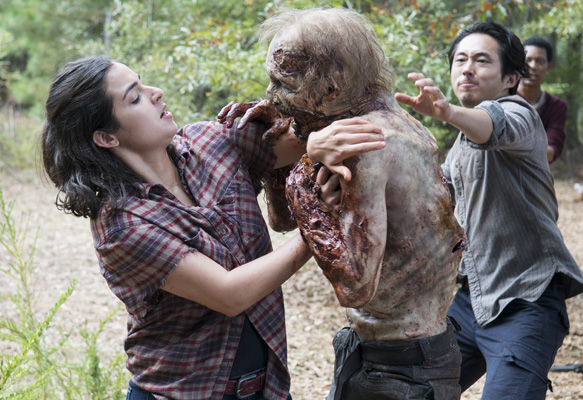 For the fans who crave details on behind the scenes, definitely check out the feature zombie in Remember, the same individual who killed Dale back in season two. Six hours of makeup and he was ready to have the appearance of his skin completely being ripped off. Kudos once again to Greg Nicotero and his team for attention to detail in The Distance and Remember. Also a little extra fun for Rock/Metal fans, Anthrax’s Scott Ian makes an appearance as a zombie as well in Remember, so be on the look out for that as well. The bottom line is, what exactly is Rick’s motive? He clearly does not trust these people but is doing his best to fit in and see what will happen. It does seem extremely odd that such a well-to-do group would give complete strangers so much authority over them. Are they really that naive, or do they really seek the protection of Rick and his group? More answers will be found when Forget airs Sunday March 8th. CrypticRock gives this pairing of episodes 4 out of 5 stars. 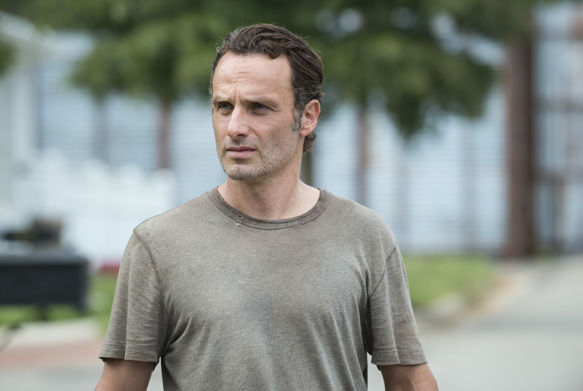