After a brutal season opener of The Walking Dead Sunday, October 23, 2016, Episode 2, The Well, slowed things down when airing Sunday, October 30th. Showing a more comical side, the audience is introduced to a new camp, known as The Kingdom, its leader a kooky character who goes by King Ezekiel (Khary Payton: The Lion Guard series, Teen Titans Go! series). His pet tiger, Shiva, only adds to the theatrics. Then, when a wounded Carol meets him and the camp, she continues old habits, set on separating herself as soon as possible, but these new surroundings may just surprise her in more ways than one. Morgan more quickly sees the good within this community, and vice versa. That said, this latest episode is not only surprising, but a head scratcher for some viewers. 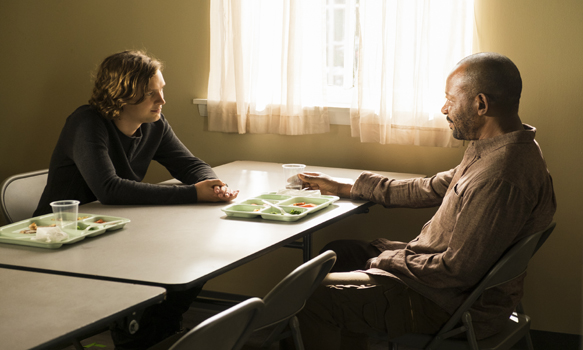 The introduction to The Kingdom is a dramatic one, the other side of the same coin with The Saviors. It is a vast area of land filled with people playing a part, tending to gardens, teaching and attending school, even a singing choir. King Ezekiel himself, although quirky, is a refreshing hilarity compared to Negan’s viciousness. His role in The Walking Dead is from a different corner entirely, and yet a piece of a puzzle that already fits into the show. Putting on an act is something Ezekiel shares with Carol, seeing right through hers. After a very real and heartfelt conversation, he sheds some new light on his character, and is expected to be a likable addition to the cast.

The story lines have dipped into hallucinations in the past, the most recent being Tyreese fevering while the infection slowly consumed him in Episode 509, What Happened and What’s Going On. In a matter of the few opening minutes, cast and crew played tricks on viewer’s eyes once again with The Well, this time through the eyes of Carol. Dealing with exhaustion and a gunshot wound, there are clips of her surroundings, hard to piece together what is real. The most impressive imagery were the walkers that were attacked and fell as if they were uninfected. A tidbit of information, Greg Nicotero used five sets of twins for that shot, each dressed like their polar opposites. 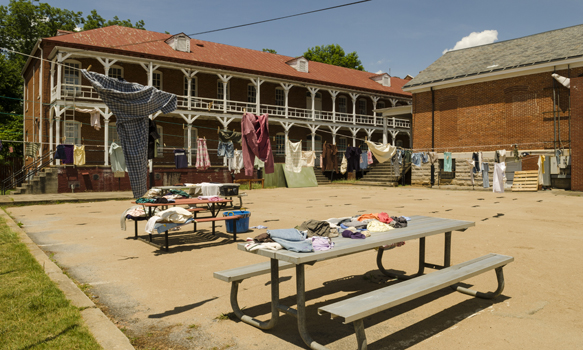 As strong a character as he is, Ezekiel was almost outshined by his pet tiger, Shiva. Debatable, the CGI of Shiva was on point, displaying a crisp, clear image that is rarely seen. In addition, the use of reflected lighting was a nice touch, adding more realism. With not a lot of screen time, Shiva leaves an impression of some fans wanting more, something they can expect from future episodes. Other fans who find the addition of a tiger in a post apocalyptic zombie world hard to fathom, wondering where this show is exactly going, will just have to be patient, and see how it all plays out.

Along with new surroundings and characters, the writers of The Walking Dead did not waste time connecting them to an all too familiar group. It is a disturbing reminder of Negan’s presence, but a smart way to establish a strong storyline. Factor of interest will be the trifecta of leadership between Rick, Negan, and Ezekiel, and how they progress. How will they affect each other, and what will become of the people they aim to protect? With so many questions to answer, it is also more proof that Season 7 is off to a strong start. CrypticRock gives The Well 4.5 out of 5 stars. 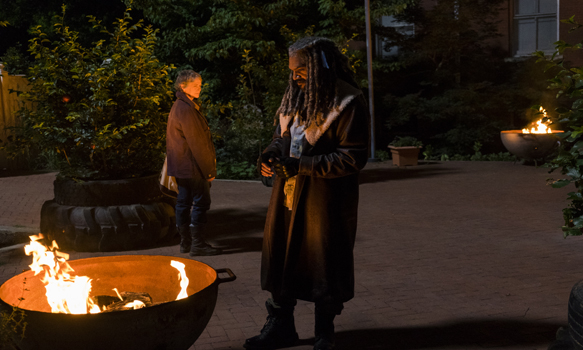