After a dramatic mid-season premiere of The Walking Dead last week with What Happened and What’s Going On, Rick and the gang’s morale could be at their lowest point than at any other time in the series. Barely surviving an onslaught of bad situations through season 5, they are now low on food, supplies, weaponry, and key contributors are dropping like flies. After the tragic death of Tyreese, the group now push forward to Washington, carrying on at a walker’s pace, appearing weak and at the brink of death themselves . 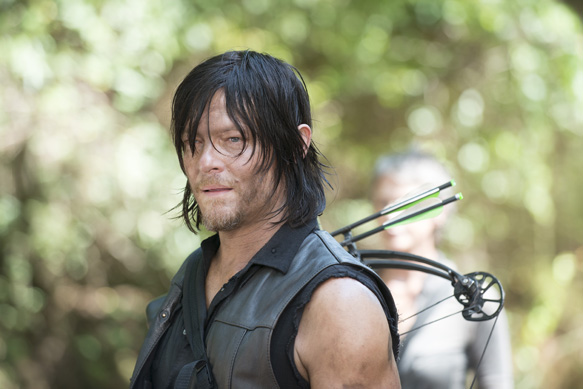 The struggle just to survive another day begins to weigh down on all, and some are even losing hope in the process. Unfortunately, this quickly evolves into some poor decisions. After the death of her brother, Sasha beings to partake in reckless behavior, endangering the lives of others in the process. Meanwhile, Maggie and Daryl shut down over the loss of Beth, embracing pain and suffering, as oppose to coping. When Father Gabriel reaches out to help, he is quickly reminded of his sins that still taunt him and left to deal with what remains of his own faith. Others in the group are determined to motivate, still believing they have a chance, even with so much lost. After a bunch of water bottles are left for them from “a friend,” Rick decides to rely on instincts to not trust it. Luckily, a sign of hope literally rains down upon them, allowing the group to refill their own bottles before taking shelter in a nearby barn. 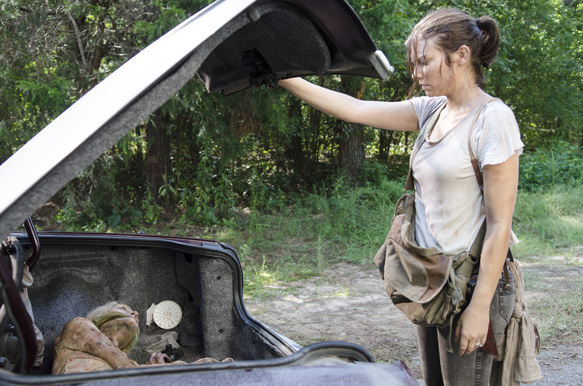 Settling over a fire, Rick gives incentive to those who feel lost, reminding them that together, they do what they must to survive, many of the reasons why they have made it this far. A truly riveting speech, Rick’s words could very well bring some back from the brink. Often times, those who speak such words may have never experienced loss themselves, so the receiver of the message may drift off. Obviously, that is simply not the case with Rick, as the audience is well aware of all the tragedy that has torn his world apart, thus making his efforts effective. Later in the evening, Daryl takes watch while everyone sleeps. A horde of zombies try to push the doors open, and one by one, the group awakens to help hold them back, an effort only accomplished with everyone’s cooperation as well as strength. This proves successful, and in light of seeing another day, sparks begin to fly within those who lost their way. 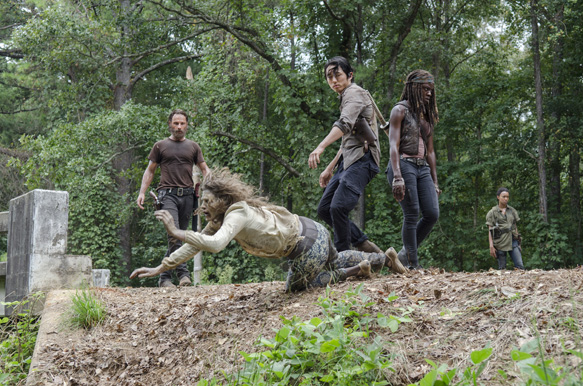 Them is all about the acting, focusing on moments where words were not necessary, but blatantly allowing the audience to see exactly what state the beloved characters are in. Father Gabriel’s apology to God over the rainfall was touching, as he attempted to give up his faith only moments ago, currently the only piece that holds him together. Losing both links to past and future, Sasha grows increasingly negligent, almost stabbing Michonne, and slicing Abraham’s arm while fighting off walkers. Perhaps the most eerie aspects of Them was Maggie, haunted by Beth’s death, seeing her image portrayed in a kidnapped walker, as well as a ballerina music box. Familiarizing one’s self with their lowest moments in life and finally coming out of it can be a beautiful, triumphant story. Being able to talk to others about it, can be truly remarkable. Now viewers can move on to the next part, starting with a mystery character, Aaron. Friend or foe, fans will simply have to wait to find out when Distance airs. CrypticRock gives this episode 5 out of 5 stars. 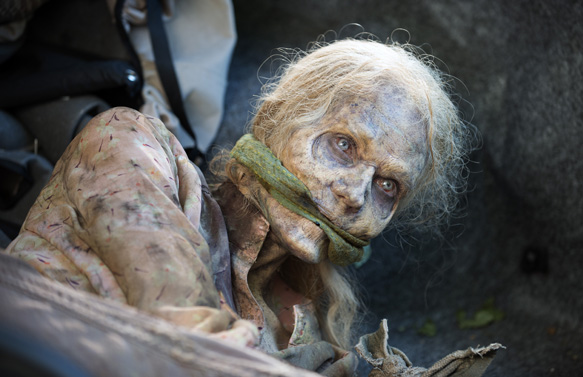 Read about Whats Happened and What’s Going on: