After what some considered a rather slow start to season 6 of AMC”s The Walking Dead, the second half has been nothing but non-stop tension and stimulating storyline. With that in mind, a lot happened in the aired episode Twice As Far on Sunday March 20th. To start with, Eugene introduces an idea to take Alexandria to the next level, a small group find a huge score, Rosita and Daryl get a pep talk, and the group lose a member way too soon. 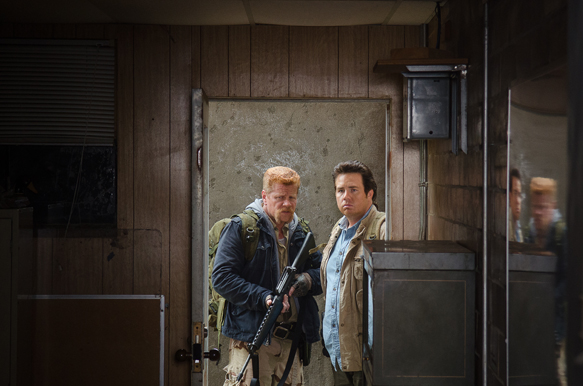 With the opening scenes displaying life just going by, Denise runs an idea by Rosita to check an apothecary for medicine. With Daryl by their side, they head out, reluctantly bringing Denise, as she never stepped foot outside the walls. They come across a barrier in the road caused by a fallen tree, and are forced to walk the rest of the way, either staying on the road, or cutting across the train tracks, which Daryl opposes.

On a different run, Abraham and Eugene are on their own hunt. They come across a metal shop, a place where Eugene plans on manufacturing bullets, a huge idea that could benefit the future of Alexandria. Soon after, they get into a childish spit regarding dibs on a Walker, and Abraham takes off, leaving Eugene on his own.

At the apothecary, Denise’s idea ends up being a win, finding hundreds of different useful medicines. She has some issues coping with the scene around her, but she stays strong. Satisfied with their find, they head back home, and this time, Daryl opts for the shortcut. This direction soon proves unfortunate, as they are ambushed by a few more Saviors, including Dwight, the man Daryl encountered in the woods back in 606, Always Accountable. Already holding Eugene hostage, all seems lost until Abraham is able to surprise them, but not before the Saviors can take one of their own. 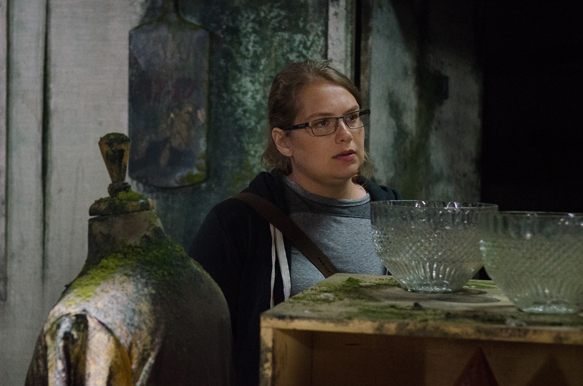 Twice As Far is a chapter in season 6 which focused on growth, particularly of Denise and Eugene. Both parties stepped outside themselves to embrace something new for the good of their community. Regardless of her never stepping foot outside Alexandria, Denise embraced every moment, even making her first Walker kill. Upon being reprimanded by Daryl and Rosita, who did not want to “babysit” her, she stood up and shot back at them, a moment neither of them will forget any time soon.

In addition, the scene with Abraham and Eugene in the metal shop was comical, practically having a break up on their bromance over something so silly. Beyond that, it was a strong moment for Eugene’s character, showing that he is not only thinking outside the box, but he is also now driven to stand up for himself. After having to help save his life, Abraham showed him a much deserved sign of respect.

The raid on the Saviors was a big hit, taking out quite a few bodies as well as scoring some more weapons, but clearly this was not enough. Dwight, who was obviously punished for running away, had a few members with him and were business as usual, finding a camp and taking supplies. This is a clear sign they are not the only ones left, and Negan can be expected to be among them.

With only two episodes left in season 6 of The Walking Dead, the situation is getting tense, and will most likely get worse before it gets better. Now that Carol has run off, it only piles on more questions – what is she planning? If it involves the Saviors, can she pull it off? Or will it make matters worse? With the loss of another valued member of Alexandria, will Rick take revenge? These are just a few of many concerns as the audience anticipates the next episode, entitled East. Until then, CrypticRock gives Twice As Far 4 out of 5 stars. 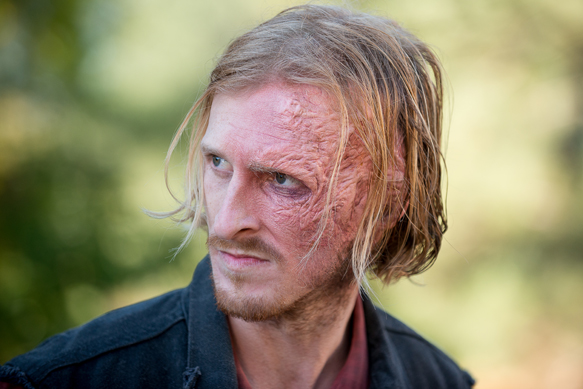