It has been nearly a two month lay-off from season 5 of The Walking Dead after the mid-season finale of Coda November 30th 2014. Raising a broad range of controversy among fans with the tragic ending for Beth, many spent the time off thinking where the season would go from here.  Finally after the NFL playoffs completed, Sunday February 8th 2015, The Walking Dead returned with What Happened and What’s Going on. Fittingly titled, the episode is shot vastly different than any other episode before in the series.  Featuring a variety of different camera effects, the emotion and flow of What Happened and What’s Going On was truly remarkable. 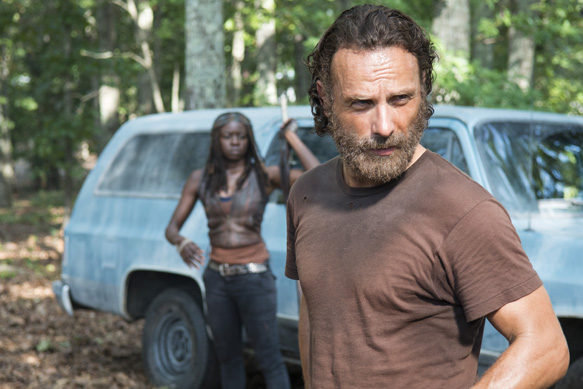 Picking up right after losing Beth, the crew regroups and sets out on a new mission in her memory, to help Noah find his family while possibly making a home for themselves as well. Upon their arrival, they are disappointed to learn that it now stands in ruins, the remaining homes destroyed, along with the community it once belonged to. While Rick, Glenn, and Michonne take a look for supplies, Noah insists on seeing his home. Tyreese escorts him inside to find his family slaughtered. While gazed at some pictures in a nearby bedroom, Tyreese is too distracted to realize one of Noah’s younger brothers is a walker, and he is quickly bitten. While Noah rushes to get help, Tyreese starts to hallucinate, seeing people from his recent past, and deals with the demons he battled for so long. This is where the episode takes a dramatic turn toward something deeper and more striking than ever before. 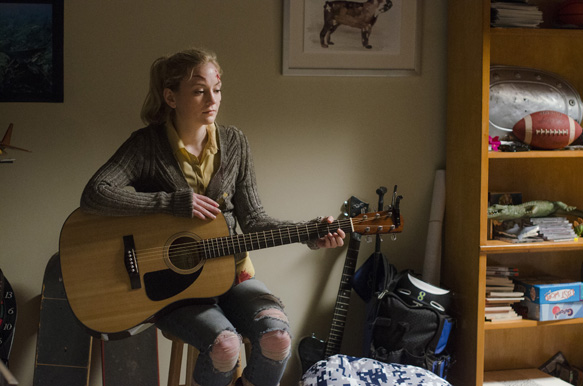 Compared to the season premiere No Sanctuary, this episode was executed very differently, but just as brutal. After only mere months of the emotional loss of Beth, fans can barely cope when they learn of the demise of another beloved character. While bleeding to death, Tyreese battles and argues with his hallucinations, all recent deaths that clearly still haunted him. Coming to grips with his decisions and inevitably their effects on the group, Tyreese simply feels guilt for everything he has done. Throughout his time on the show, Tyreese went through a wave of emotions. This was never more pronounced then when he forgave Carol for the death of Karen in the episode The Grove back in season 4, it was clear he did not want to embrace his anger, resisting the urge to kill anyone, even if they posed as a threat. 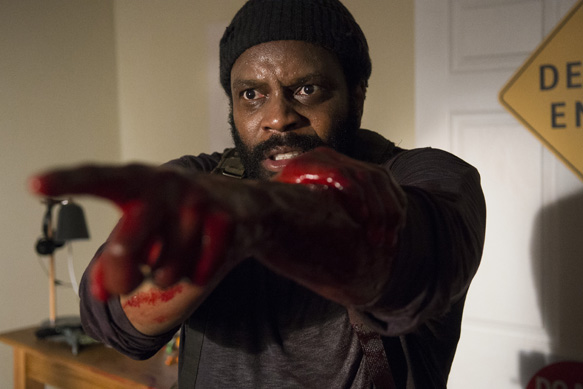 The scenes with Tyreese and his “ghosts” in What Happened and What’s Going On is beautifully done, giving the fans, for the first time, an inside look of a character’s feelings while embracing death. It was more of a peaceful ending to the gentle giant, transitioning from reality and beyond, fighting both mentally and physically. As for the setting, hints were brilliantly laid out as to what Rick and the gang have coming their way. Thus far, they have barely survived the walkers, The Governor, Joe and his crew, Terminus, and the cops at the hospital. When focusing on the details, something dark and evil destroyed Noah’s home. His mothers head was bashed in, some of the homes were set ablaze, and most of the people were completely separated from their limbs, which is only naming a few. The comic readers are surely excited, for they may have noticed more clues on who Rick and his family are going to meet soon. As usual, the cast and crew started off strong, and they are sure to have much of their fans full attention for the coming weeks.  CrypticRock gives What Happened and What’s Going On 5 out of 5 stars. 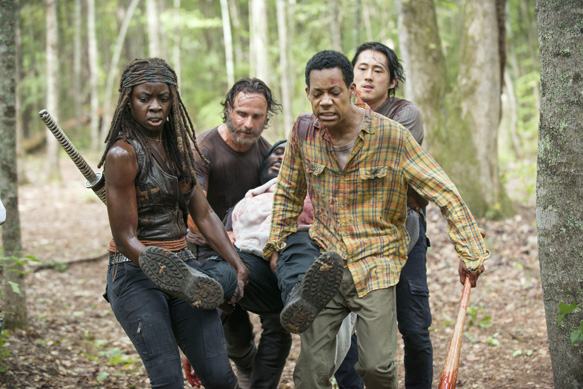