There is nothing more frightening than the predator which lurks in the shadows and quietly stalks its prey through the darkness so as to remain unseen, unheard, and unknown, right up until the very moment it attacks without warning. Sure monsters, demons, and ghosts are scary, but there are typically kill methods, spells, or rituals that can defeat such enemies. What about the mortal monsters hiding among the human race though; the ones pretending to embody most of the necessary qualities shared by the majority of people, but whom also possess the nefarious ability to mimic and manipulate humanity for no greater purpose than to satisfy their own needs for power, control, attention, and/or amusement. 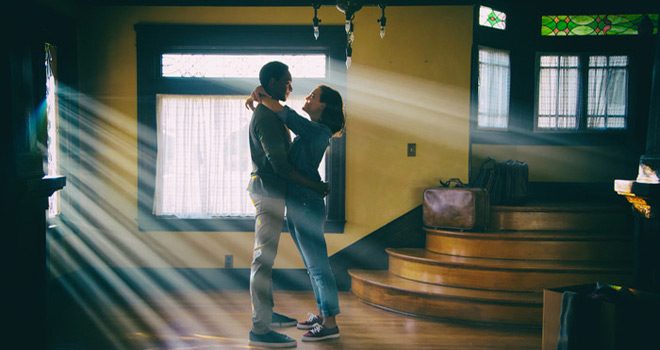 This all said, The Watcher is a relatively new Horror/Thriller flick inspired by true events. Not to be confused with 2000 film by the same title, this The Watcher premiered on the Lifetime Movie Network on October 9, 2016, but was later released in 2017 on Netflix, before finally reaching DVD via Monarch Home Entertainment back on April 18th.

Surprisingly, this film is the debut feature length project of the promising Writer/Director Ryan Rothmaier, whose only other written and directed contribution to the world of cinema was his 2012 short titled Dead to Me. It is also worth noting that he was responsible for writing the 2015 short Bad Blood, as well as directing four episodes of the 2016 History Channel TV Documentary series Live to Tell; and all on top of working on a plethora of other movie projects as an editor, producer, and/or assistant director. 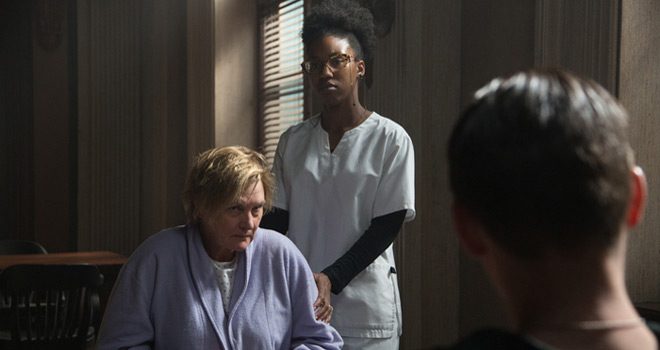 The Watcher illustrates the story of young, interracial couple, Emma (Cahill) and Noah (Gathegi), who buy and move into their dream home in an affluent suburban neighborhood in Los Angeles, California, following a tragedy that occurred in the home with the previous tenants. Shortly after moving in, Emma makes friends with the nosey “Lookie-Loo” neighbor, Jeanne (Crosby), and her disabled son, Mikey (Baron). Emma and Noah soon begin receiving creepy correspondence from a mysterious mischief maker who goes by the name of “The Raven;” and before they know it, no level of security systems or preventative measures are going to be enough to protect them from the one whose intentions and endeavors are as black as their very own feathers.

The cast of a film, much like the director or cinematographer, is an independent variable that could easily become the anti-Midas for even the most incredible pieces of otherwise cinematic gold; which fortunately was not the case with this movie. Though all of the performances appeared quite equally and adequately portrayed, it was the characters themselves which became the focus and most significant component of this film, as they obviously represent the longstanding racial divide, newly developed cultural fears, and inherently instilled fear of change and “outsiders” that continues to plague this “Progressive Melting Pot” of a nation.

The individuals involved with the real 2014 stalking case of Derek and Maria Broaddus (which still remains unsolved) that inspired The Watcher are actually all White; but Rothmaier’s decision to make the couple interracial and have them menacingly harassed after moving into a predominantly upscale, perceivably White neighborhood, even in the culturally-diverse city that is Los Angeles, was so dynamic and telling of the current state of America. It brilliantly plays to this nation’s irrationally perpetuated xenophobia that has been driven by extremist ideologies that are causing the US to regress.

The cinematography showcased just how vulnerable and exposed victims of this type of crime really are by intermittently switching point of views from third person to first person (The Raven) to the home’s video surveillance footage; proving that regardless of precautions and multiple attempts at legal action, there is nothing that can be done with this type of offender until physical harm is inflicted. The imagery and music matched one another with perfection as viewers will spend most of the movie on the edge of their seats waiting for the next attack and ultimate reveal of The Raven; which will not disappoint. 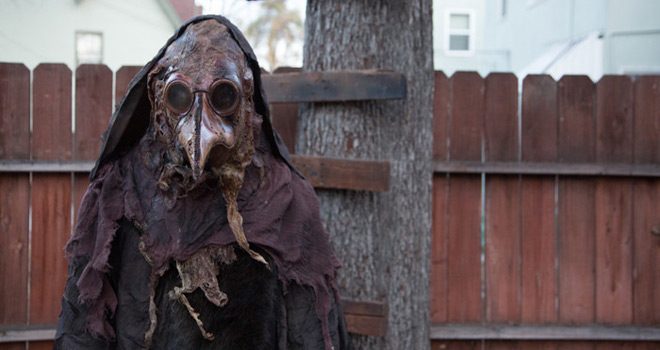 There was limited special effects and gore, but this film relied more on the atmospheric and psychological horror than the “in your face” scares and brutality some Horror fans cannot get enough of; think more Alfred Hitchcock’s 1960 classic Psycho and less Tobe Hooper’s 1974 shocker The Texas Chainsaw Massacre.

The performances put forth by the cast were both enjoyable and effectual, which when coupled with the film’s suspenseful score, chilling cinematography, and talented direction, became a manifestation of an almost tangible ambiance of fear, paranoia, anxiety, and utter helplessness that seemingly influences much of society today; which is why CrypticRock gives The Watcher 4 out of 5 stars. 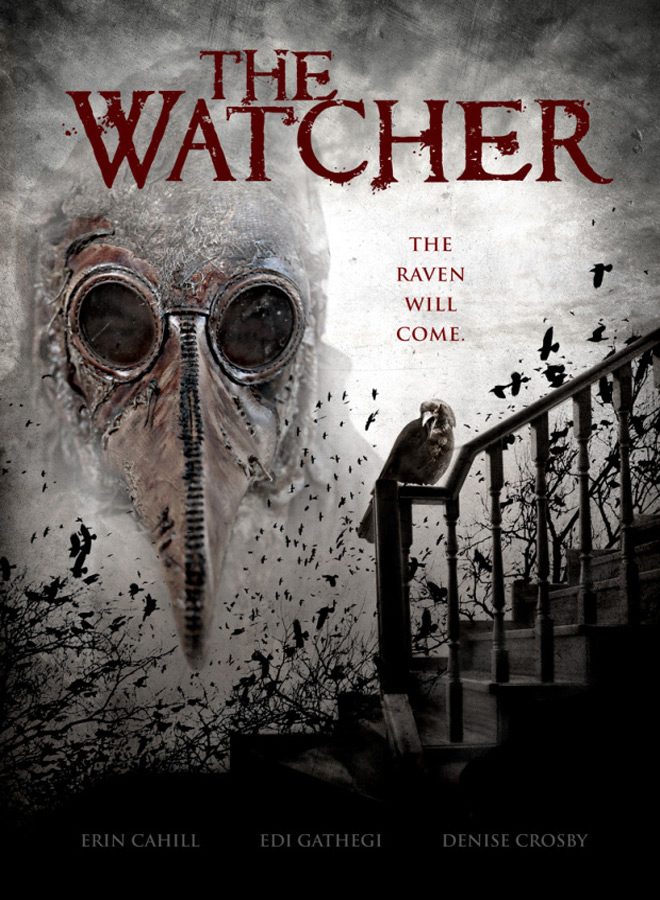 Watcher (Movie Review) Alone With You (Movie Review)
Like the in-depth, diverse coverage of Cryptic Rock? Help us in support to keep the magazine going strong for years to come with a small donation.