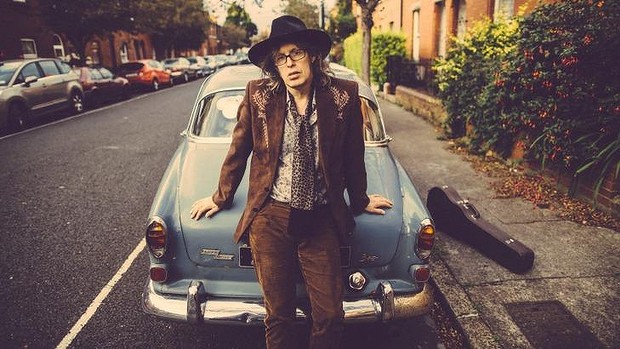 Unbeknownst to even many of the fans of The Waterboys, the musical journey that its leader, Mike Scott, has embarked on since the band’s legacy days in the 1980s has been steep with lineup changes, home-base relocation, and most significantly, sonic exploration. For instance, from an ensemble of almost a dozen musicians during its heyday, The Waterboys is now reduced to the quartet of sole founding member Scott (vocals/guitar/piano), Steve Wickham (violin/mandolin), Ralph Salmins (drums), and Paul Brown (keyboard/backing vocal), plus a number of sessionists to augment the band’s studio sound and beef up live performances. From the complex and lavish arrangements employed in the band’s early albums, particularly in 1985’s This Is the Sea, the latest offering is comparatively what the album title says it is—a stripped-down interpretation of its leader’s exploration into the roots of Southeastern American Folk Rock music sprinkled with The Waterboys’ trademark expansive British Folk styling.

Released on January 19, 2015, The Waterboys’ eleventh studio album, aptly titled Modern Blues, is the result of Scott’s encampment in Nashville, Tennessee, which is known for its rich Blues, Country, and Folk Rock legacy. Fans of the Big-Band sound of The Waterboys who are more familiar with the band’s ’80s outputs might be in for a surprise. However, those who have followed the musical journey of The Waterboys into the 1990s and on through the 2000s and who, by now, are already accustomed to Scott’s restless musical temperament, will find Modern Blues to be still within the band’s stylistic spectrum. Only the uninitiated will be tempted to describe the album as a different kind of beast, obviously using the band’s “big music” aspect as the starting point. Because, placing Modern Blues within the context of The Waterboys’ entire discography, those who never stopped listening to the band’s releases can confidently say that the new album still carries the same mystical and wandering spirit of Scott and his penchant for literary lyricism and melodic expressionism. In fact, as early as The Waterboys’ sixth album, Scott had already begun incorporating in his band’s music a heavier electric-guitar sound as well as Blues-rooted elements of Rock; Dream Harder, released in 1993, is dominated by electrifying guitar-heavy songs like “Preparing to Fly,” “The Return of Pan,” and “The Return of Jimi Hendrix” and the Blues Rock–peppered subtleties of “Corn Circles” and “Suffer.” Scott pursued similar rocky and bluesy paths in the 2000s, as represented by songs like “Malediction” and “We Are Jonah,” from 2000’s A Rock in the Weary World; and “Love Will Shoot You Down” and “She Tried to Hold Me,” from 2007’s Book of Lightning. Using all these referential points, the listener can now connect the dots and engage in Scott’s latest musical chairs excitingly and comfortably. One should now be able to dig into the new adventure of The Waterboys with a fresh perspective, but not without a sense of familiarity.

Modern Blues begins with the relaxed but sunny atmosphere of the organ-soaked midtempo “Destinies Entwined,” whose tubular guitar adlibs make for an engaging and catchy album opener. The listener can hear traces of ’70s-era Neil Young (“Like a Hurricane,” for instance). Following next is the even more laidback affair of “November Tale,” where the sweet and alluring violin glides of Wickham stand out and which features a haunting chorus with equally memorable lyrics: “Meet me on the mad parade / When the midnight bells are chiming….”

“Still a Freak” is a standard, straightforward Blues stomper whose loose and jam-feel mid-song interlude and coda best capture the album’s concept of modern blues. The mood returns to cool vibes and breezy ambience with the steady beat of “I Can See Elvis,” where Scott starts to name-drop the likes of Jimi Hendrix, Bob Marley, Keith Moon, Charlie Parker, John Lennon, Marvin Gaye, and of course, Elvis Presley, in obvious homage.

The storytelling style is pursued in the wordy “The Girl who Slept for Scotland”; but this time, with textured instrumentation that is of closer character with the typical Waterboys of old. More so, upon deeper immersion, one can even breathe a whiff of “The Whole of the Moon,” lyric-wise; and, musically, a hint of Bruce Hornsby & the Range’s “The Way It Is” and Marc Cohn’s “Walking in Memphis,” owing to the piano melodies. Then there is the pulsating hazy and smoky Blues taunt of the whiner “Rosalind (You Married the Wrong Guy),” whose female backing vocal adds color to the grayness of the song’s storyline.

The most upbeat track in the album, “Beautiful Now” places itself in the league of raspy Heartland Rockers like Bruce Springsteen’s “Born to Run,” John Cougar’s “Jack & Diane,” Tommy Conwell & the Young Rumblers’ “I’m Seventeen,” and Tom Petty & the Heartbreaker’s “Mary Jane’s Last Dance” and Pop Rock classics like “The Breakup Song (They Don’t Write ‘Em)” by The Greg Kihn Band, “Run to You” by Bryan Adams, and “Life Is a Highway” by Tom Cochrane.

In the slightly slower, sweet, and soulful “Nearest Thing to Hip,” Scott seems to be channeling the likes of Bob Dylan, The Velvet Underground, Van Morrison, and Lou Reed, as the songs “Knockin’ on Heaven’s Door,” “Sweet Jane,” “Brown-Eyed Girl,” and “Walk on the Wild Side,” respectively, come to mind. Finally, the ten-minute track “Long Strange Golden Road” wraps up Modern Blues in an altogether celebratory and farewell note; the apt closer where each band member gets to be introduced while the credits are slowly ascending and the curtain is ultimately descending. What a long, strange, and golden musical road Mike Scott and his Waterboys have indeed followed through the years.

In this Internet age, the preferred musical direction seems to be towards eclecticism. With the availability and easy accessibility of various genres of music long afforded by the cyberworld, the initiative and proactive music enthusiast can maximize his music-appreciation experience. He no longer needs to rely solely on or limit his taste with whatever radio stations have been churning out. The better trend now is to listen to as many bands and to as many albums from as many genres as possible. When the listener achieves this habit in an uncontrived manner, he may be likened to a philosopher whose mind has opened wide enough to accommodate a vast array of concepts and perspectives, musically oriented or not. To be able to dig Modern Blues in the same breath and passion of having dug into each of The Waterboys’ previous albums may be used as a badge of honor of having embraced music eclecticism and having truly known and understood the relentless musical expedition of Mike Scott, the Pan behind The Waterboys. CrypticRock gives Modern Blues 4 out of 5 stars. 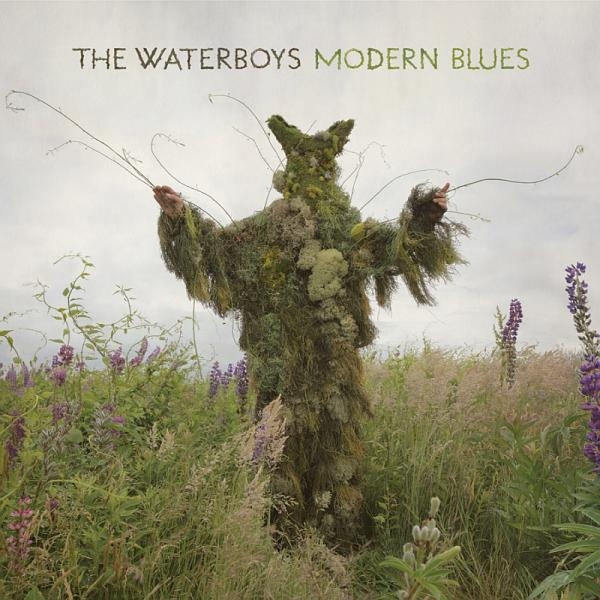