The Waterboys’ This Is The Sea Three Decades Later

September 30, 2015 The Waterboys’ This Is The Sea Three Decades Later

The middle of the 1980s was arguably the highest commercial crest of what is regarded now as New Wave music. So many albums associated with the golden era of the genre, that many critics continue to laud and fans remain in love with, were released in 1985. A lot of bands whose outputs fit seamlessly into the broad spectrum of New Wave were in their top forms, creatively speaking, during the period. One of such bands is The Waterboys.

However, despite having been regarded as New Wave, the music of this band is significantly rooted in the non-Punk realms of the genre. Far from the Post-Punk style adopted by their Sex Pistols–influenced batchmates such as The Cure, Siouxsie & the Banshees, Joy Division, and U2, The Waterboys instead attuned their sound more with the finesse of non-Punk New Wave with only a hint of Rock.

This direction was the musical path treaded also by the likes of China Crisis, The Lotus Eaters, This Final Frame, and The Pale Fountains—bands whose respective styles derive more from the traditional Folk of the United Kingdom’s expansive heritage and the Classical streak of ’60s Baroque Pop instead of the anti-establishment cacophony and raw energy of Punk. From this palette where The Waterboys have dipped their brushes to paint, especially their early works with masterstrokes of Van Goghian temperament—dark, bleak, and foreboding yet upbeat, romantic, and celebratory.

In its enduring musical journey, punctuated by Scott’s solo stint in the mid-’90s, which produced two solo albums (Bring ‘Em All In 1995, Still Burning 1997), The Waterboys has released eleven studio albums, from 1983’s self-titled full-length to 2015’s Modern Blues. Collectively, these works showcase Scott’s predilection for Big-Band arrangements, for exploring a wide range of genres, and for often drawing lyrical inspiration from English Literature. (After all, Scott briefly studied literature and philosophy at the University of Edinburgh beginning in 1977.) However, what best captured the band’s so-called big sound was This Is the Sea, the third album. Even Scott himself has described it fondly and proudly as “the record on which I achieved all my youthful musical ambitions…the final, fully realised expression of the early Waterboys sound.”

Released on September 16th 1985, This Is the Sea is indeed The Waterboys’ ultimate musical masterpiece, especially if Scott’s grand vision is to be considered—intricate arrangements, extensive instrumentation, a balance between Folk and Rock influences, and rich literary and traditional references. All the ingredients of The Waterboys’ legacy sound are all there in the mix. The Pan is certainly at the helm.

This Is the Sea begins with the dramatic solo saxophone call of “Don’t Bang the Drum,” which slowly builds up into a proper Folk Rock stomper. “Well, here we are in a special place,” sings Scott. Indeed. Just into the first song and he is already fulfilling his promise of taking the listener to that special place of musical pleasure. Sweet and wild with the promise of pleasure.

Following immediately is the band’s most iconic song, “The Whole of the Moon,” the epitome of The Waterboys’ so-called big music, summing up everything that is great about the band—poetic lyrics, catchy choruses, a horn section, string orchestration, a rainbow, unicorns, cannonballs, scimitars, and scarves…underneath the stars.

In the structural simplicity of the upbeat piano song “Spirit,” Scott was able to channel his mysticism and spirituality in full frenetic glory; short but galloping with enchanting energy. Then there comes “The Pan Within,” the album’s dark and romantic moment, where the fiddle takes center stage. “Close your eyes, breathe slow, and we will begin,” urges Scott. Yes, the journey of the Pan and his Waterboys is just beginning. “Medicine Bow” is where the listener is taken to next; rhythmically the same as “The Pan Within,” melodically similar, but certainly a more portentous affair: “There’s a black wind blowing / A typhoon on the rise / Pummeling rain / Murderous skies!”

The mood becomes nostalgic and the tempo slows down as the next song plays—”Old England,” a beautiful ballad made even more alluring by the interplay of bells and horns and Scott’s unrestrained tenor-range voice, which is akin to that of The Cure’s Robert Smith, yet is more Bluesy and has a stronger tone of urgency. “Be My Enemy” exudes the same piano-led sentiment as in “Spirit,” yet it is when everything gears up—tempo, rhythm, vocals, and the clanging chimes of doom…cymbals crashing everywhere. The first song written for the album, according to Scott himself, “Trumpets” is an onomatopoeic ballad. Your love feels like trumpets. Simple yet majestic. Finally, the album closes aptly with the second-longest track that further indulges the listener to delight in the pleasure which is The Waterboys’ music; “Once you were tethered / Well, now you are free / That was the river / This is the sea!”

Over the years, The Waterboys with its music remains to be a big influence on many of its contemporaries as well as on a slew of relatively younger bands operating in similar planes of sounds. Scott and his ensemble may have given all their best in This Is the Sea, but the Pan himself is not yet done with whatever musical vision left in him that he wants to share to the world at large. He is still out there writing songs and making music, most likely staring at the whole of the moon as reflectively as ever. If comfort and nostalgia painted with timeless relevance is what you are after, then This Is the Sea is the perfect soundtrack for such musical indulgence. 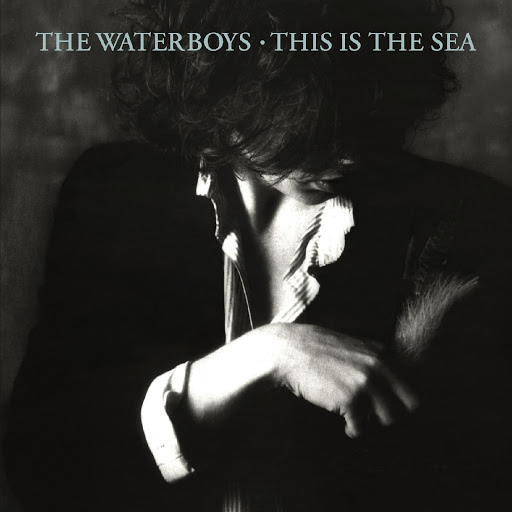 Album review, New Wave, The Waterboys, This Is The Sea
Print page
0 Likes