This week in Horror movie history looks back on June 8th of 2007, when Hostel: Part II shocked theaters across the USA. Coming two years after the success of 2005’s Torture Horror film Hostel, Lionsgate was in a hurry to release a follow-up in order to capitalize on its success. That came to fruition with Hostel: Part II, which featured Jay Hernandez (Grindhouse 2007, Quarantine 2008) returning from the original along with a whole new group of victims. Directed, produced, and written by Roth with help from Mike Fleiss (The Texas Chainsaw Massacre 2003, Hostel: Part III 2011) and Chris Briggs (Godsend 2004, Hostel: Part III), for the second chapter in the series Milan Chadima returned as cinematographer while veteran actors Luc Merenda and Edwige Fenech came out of retirement to be part of the film. Ultimately, the film did not do as well as the original Hostel, with the total first week profits falling well short of the first movie. According to director Eli Roth (Cabin Fever 2002, The Green Inferno 2013), this unfortunate misstep could be attributed to internet piracy. Regardless, Hostel: Part II has a special place in Horror fans’ hearts nine years later. 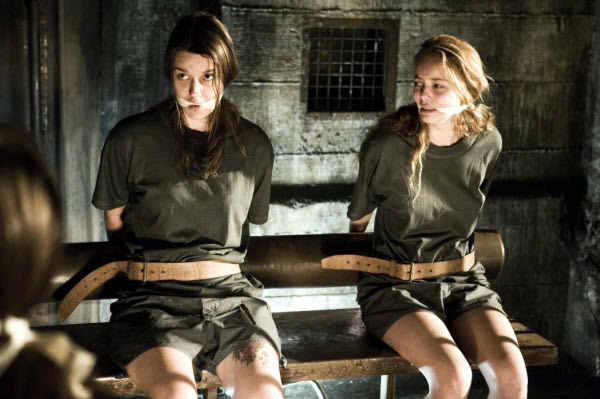 The story begins Beth (Lauren German: A Walk to Remember 2002, The Texas Chainsaw Massacre 2003), Whitney (Bijou Phillips: Grand Theft Auto: San Andreas video game 2004, CSI: Crime Scene Investigation TV show 2006), and Lorna (Heather Matarazzo: 54 1998, The Princess Diaries 2: Royal Engagement 2004) who are in Italy going to art school when one of the models, Axelle (Vera Jordanova: Hostel: Part II has been her only American feature) invites them to a spa in Prague. They check into a hostel, and they are on their way.  At the village’s Harvest Festival, the girls get separated. The night turns into one of slow torture and death for some, and a struggle for survival for all. Look for director Italian Ruggero Deodato’s (Cannibal Holocaust 1980) cameo as a cannibal.

When the studio saw the profitability of the original Hostel, naturally, they fast-tracked the sequel with Roth returning to the helm. He quickly scouted locations to shoot in Prague, for which he not only obtained permission, but was able to work at the actual online brothel, Big Sister. For the spa scenes, Roth got to shoot at the Blue Lagoon in Iceland. Other sequences, he shot around Monaco and Slovakia. Many of his locations were both isolated and heavily wooded, carefully chosen in order to heighten the feeling of terror and claustrophobia the film attempts to advance. For the brothel, the color palette is rust like old blood with narrow halls and metal doors, which succeeds in eliciting an uncomfortable feeling in the viewer. On the other hand, the Lagoon was spacious and tranquil…except for the steam that was at times so thick it obscured the characters in the shots. 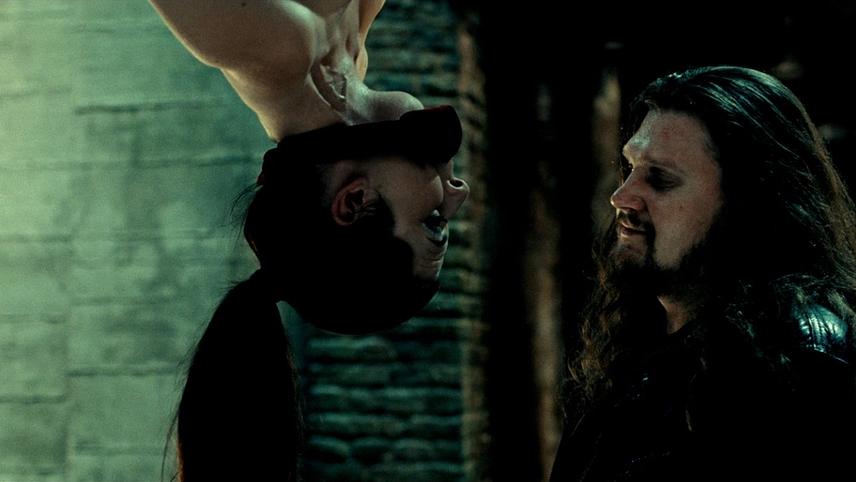 Shooting ran for two months and three days from November 26th, 2006 to January 29th, 2007, with an estimated budget of ten million dollars.  Still, the film is so beautifully shot that audiences can see every dollar on the screen and sound from the above mentioned set pieces to every scream of a saw or slice of a scythe. As the quality of the sound has been mentioned, the film is paced to give the audience a chance to care about the victims; however, the torture sequences get hovered over so long, the squirms these scenes were meant to elicit might turn into screams of “Get on with it!”

The victims being college-age kids and naïve to the evils of the world, the killers are played predominantly by adults with nihilistic tendencies and too much money. One exception to this is the Bubble Gum Gang, a band so named for their habit of murdering those who fail to pay them off with – you guessed it, bubble gum. Roth, who has made a career out of extremely graphic films, has gotten actors and actresses who convincingly make the audience voyeurs to the acts while also making them feel the pain the victims are enduring. 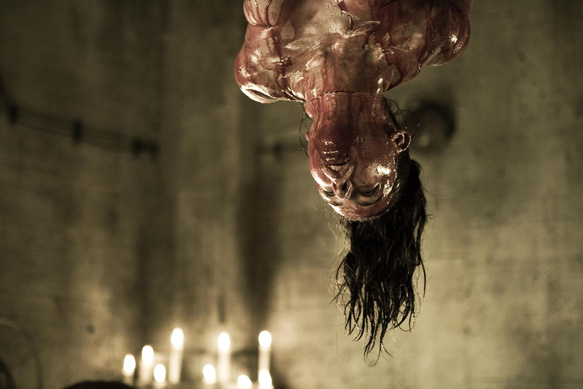 As a Horror movie, each one could be a standalone, but Roth has set up a mythology that was touched upon in the original, and carried on through Hostel: Part II that goes deep within the village that carries into 2011’s straight-to-DVD Hostel: Part III, taking the mythology to America…albeit with Roth dropping to a producer role. Hostel: Part II made such an impression that it has since been referenced in TV shows throughout the years through product placement or a character talking about the film.  For instance, in 2009’s Ed Byrne: Different Class video, he talks about the plot in one of his pieces.  Then, in the 2011’s episode, “Scream 4: Part 1” of the TV show, Welshy Reviews, the film’s mentioned as being the first film to give birth to the sub-genre of Torture Porn.  Finally, as recent as the 2015 episode of the TV show, Half in the Bag, entitled “Re-Cap (So Far),” Hostel: Part II’s mentioned by title.

Furthermore, Hostel: Part II has cemented itself in the cinemaphile psyche with mentions in Horror specials and documentaries like Siskel & Ebert’s “The Worst of 2007” that aired in 2008 as first on Phillip’s list, the 2009 documentary, Nightmares in Red, White and Blue: The Evolution of the American Horror Film, 13 Scarier Movie Moments ‘09 TV Special that placed the film as having the 9th scary movie moment while the TV show, Phelous & the Movies’ 2010 episode, “Hostel Phostel Part 2,” reviewed the movie. Despite Hostel: Part II being like the middle child, between the original’s positive reviews and Part III’s negative reviews, the graphic nature of Hostel: Part II has earned the film a place among films like 1980’s Cannibal Holocaust as one of the best “can you make it through it” films of all time. 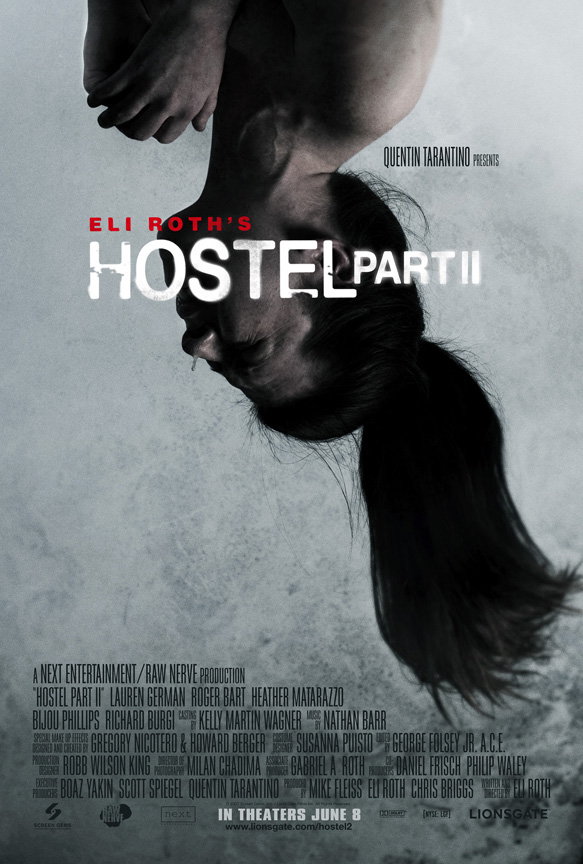