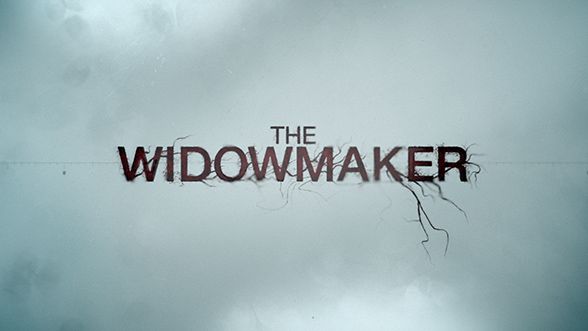 Every year thousands of people worldwide die from heart disease. An often silent and non-discriminating killer, heart disease affects more people than obesity and cancer. With that said, how many people actually know they can be screened for it, for only a couple hundreds of dollars? The latest documentary from Writer/Director Patrick Forbes (Saving Haiti 2011, True Stories: Wikileaks – Secrets & Lies 2011), titled The Widowmaker, focuses on a little known fact when it comes to medical treatment. Releasing the new film on the 27th of February in the United States, the term “widowmaker” refers to a person with arteries that are blocked with cholesterol and plaque; at least 95% on one side and 99% on the other, which is frequently fatal. Narrated by Gillian Anderson of The X-Files fame, The Widowmaker tracks the history of preventative and interceptive treatment by the medical community in regards to heart disease.

Filmed in various locations, the film opens via an interview with an athlete/attorney who suffered a major heart attack without warning. He was one of the lucky survivors. Despite affecting a variety of ages, races, creeds, and professions, heart disease kills one third of all sufferers, often without any indication the individual is sick. Entertainer Larry King speaks in the documentary about his own heart disease, along with a number of pilots, sports people, and everyday men and women, bringing some reality as well as a face to the disease; a disease which is 100% preventable and detectable, and yet there is big money to be made from treatment.

For thirty three years ago doctors were only able to insert a balloon in a patient’s arteries to clear the blockage, but the balloon would eventually collapse, causing the demise of the patient. Disturbed by this fact, a doctor fresh from Argentina named Dr. Julio Palmez was inspired by construction material to create the first stent. This was revolutionary and enabled the artery to remain open for much longer. Medical professionals everywhere jumped on board and it became the go-to means of intervening in heart disease. Of course, once Palmez designed the stent, he was offered financial backing from a man who saw the potential. 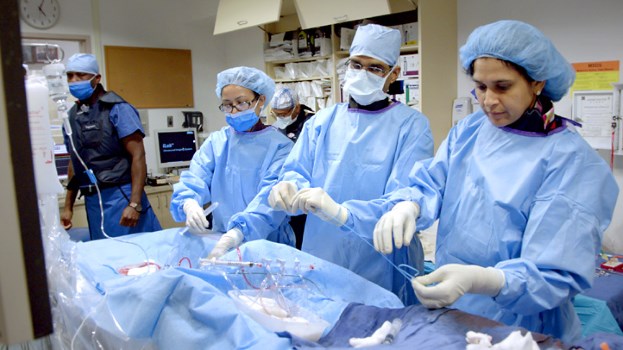 Since the advent of the stent by Dr. Palmez, the stent – a paid procedure – has made a small number of medical professionals, including Professor Martin B. Leon, extremely rich. Professor Leon has worked from the very beginning with Palmez and is one of his greatest supporters. Early trials were disastrous, but, with lots of work and practice, the technique became perfected, and is widely used today. Although, there is a little known problem with the stent. That problem is it does not work long term, and is only able to be implemented if the patient reaches a hospital in time. Also, if the patient has had a stent, they cannot have a life-saving bypass procedure. In effect, the treatment comes with its own limitations and yet it has not stopped it from becoming the procedure of choice.

This test, once perfected, enables the technician to visually see if there is calcium in a patient’s arteries. Calcium is the bodies response to plaque. The more calcium the more plaque and the higher the risk the patient will develop life threatening symptoms. Compared to the stent at approximately $35,000.00 a test, the calcium screening is only a couple of hundred dollars. The members dedicated to calcium scanning and its benefits, including Douglas Boyd and his support, have been dubbed “The Calcium Club.” Initially, the Calcium Club was considered a derogatory term, the club have been subjected to countless ridicule from within the medical community. Which has further held up any progress made. 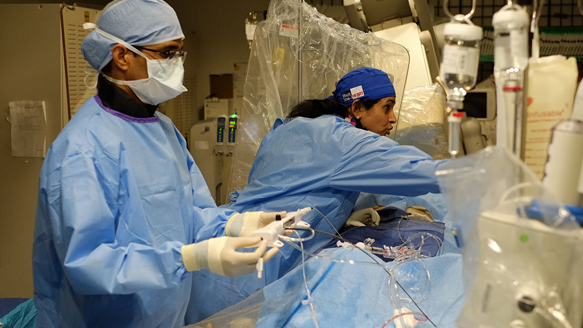 The choice between a stent and a scan – or preventative procedure sounds simple enough, and yet there has been continuing debate amongst the medical community for decades surrounding both the stent and the screening test. Both sides have made fatal errors in regards to their passion for what they believe and today it has reached the point of critical mass. The evidence and compelling arguments for The Calcium Club are hard to ignore, but if that is the case, why are Insurance companies not funding the test? The Widowmaker extensively examines and investigates both sides of the case thoroughly, with no holds barred. Using a combination of interviews with medical professionals, legal professionals, patients and the like, The Widowmaker delves deeply in the dark world of medical entrepreneurism and its continued effect on humanity. A bone chilling look at greed and power at the highest levels, that will open the eyes of viewers once and for all.

While it is heavy on scientific aspects, The Widowmaker ensures it explains each one clearly in laymen’s terms, and as its material affects all people, the film is an absolute must-watch. Hopefully with the release of this documentary, more people will be aware of the dangers of heart disease and what they can do about it. CrypticRock gives The Widowmaker 5 out of 5. 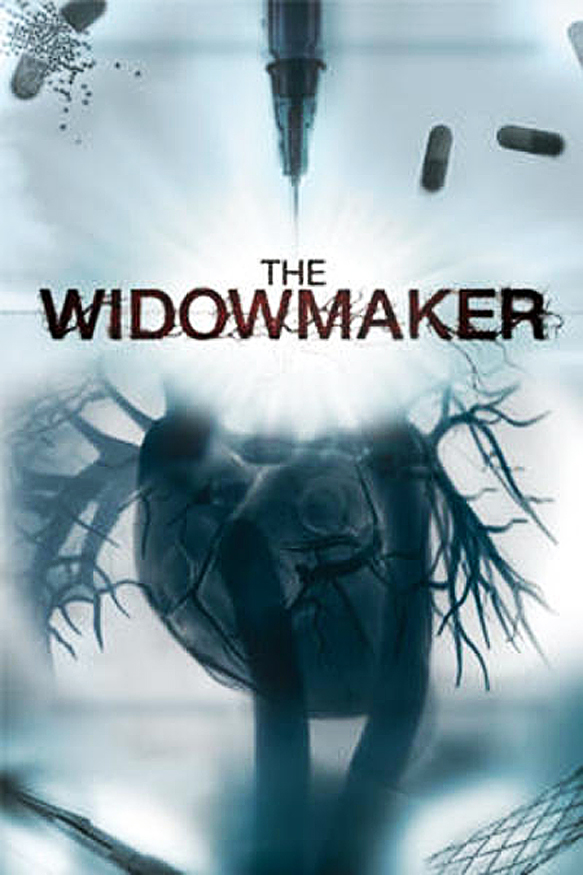 Watch The Widowmaker on Amazon