Taking place six decades before the infamous Salem Witch trials, new film The Witch is a deliciously haunting prelude to the paranoia that consumed New England. Set for release in theaters February 19 via Studio A24, the film has earned quite a buzz in the last month. When an English farmer, William (Ralph Ineson: Game of Thrones 2012, Great Expectations, 2012), questions if his village’s leaders are correctly following the word of God, he is banished. He leaves his colonial plantation, righteously packs up his wife, Katherine (Kate Dickey: Game of Thrones 2011-2014, The Silent Storm, 2014), and five children and relocates to a desolate parcel of land which borders a menacing forest. Part Psychological Thriller and part Horror film, Robert Eggers debut feature as both writer and director caught the eye of the jury as well as audience members at the 2015 Sundance Film Festival, winning the directing prize for his portrayal of a family who turns on each other in 1630’s New England. If Eggers name sounds familiar, he has had a hand in a number of shorts as a production designer, costume designer, and art director, dating back to 2007. 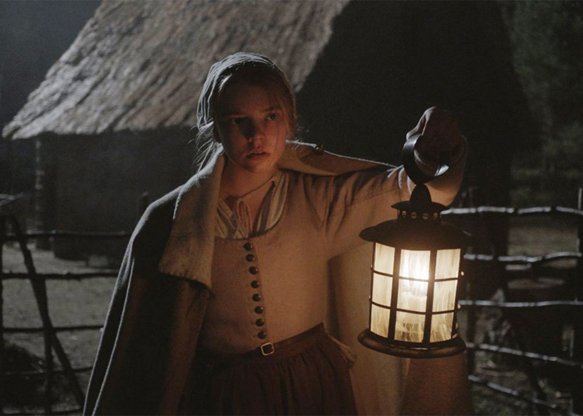 Filmed on location in northern Ontario for tax reasons, the sparse and dismal scenes set the perfect tone for the problems that befall the family nearly as soon as they move in to the remote farm. “We will conquer this wilderness, it will not consume us,” William tells his oldest son, Caleb (Harvey Scrimshaw: Oranges and Sunshine 2010, 1 on 1 2014), as they take in the monochromatic shades of gray around them, reassuring himself just as much as his offspring. If only things were so easy. The crops fail and the family will soon run desperately low on food.  Animals have a malevolent vibe, including a goat with the foreboding name of Black Phillip. When infant son Sam disappears during an innocent game of peek a boo with his teenage sister, Thomasin (Anya Taylor-Joy: Atlantis series, Viking Quest 2015), the downward spiral of familial distrust swirls with the testing of religious faith among the ever-pious, creating a hostile environment where each family member’s actions are scrutinized. Katherine’s emotions run the gamut from sheer grief at losing her infant to rage at Thomasin, who she suspects is a Witch. William’s failure to keep his family safe wears on him, driving him deeper into depression. 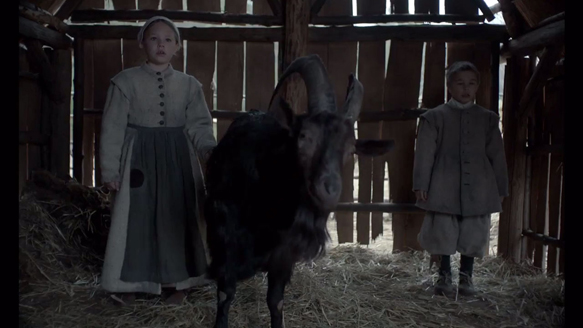 The cinematography is practically a character in The Witch, especially the sepia toned evening scenes in the small house, as the family gathers around the table, candles flickering across their faces as they study each other for the slightest clues of rebellion or guilt. Taylor-Joy’s Thomasin is a spot on blend of innocence and teenage rebellion. When baby Sam goes missing, the fear that drives her to run to the forest, screaming for him, is powerful and compelling. Scrimshaw also brings his A game to the screen when Caleb is on his death bed, speaking in tongues and on the cusp of learning what lies beyond, a terrifying reality for his family.  The rambunctious young twins, Mercy (Ellie Grainger: The Village series, Coronation Street series) and Jonas (Lucas Dawson: SuperNews! 2005) are both irritating and endearing, running wild with Black Phillip and annoying their older siblings. 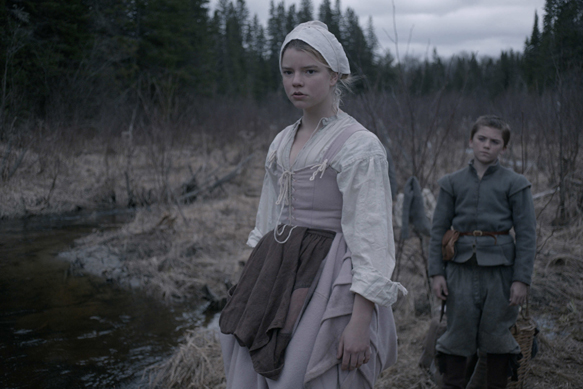 The dreary setting was not the easiest to create but worked beautifully in The Witch. As Spring was approaching in Ontario, the crew had to pick off any green buds from the foliage to simulate the desolate Winter in the story in the exterior shots. Filmed in a marshy area, the crew dealt with a sinking dolly in a pivotal scene, but Eggers and company were able to make it work. Combined with a score that adds to the lonely and desolate feel that the characters are experiencing, Eggers achieved success in creating a mood. The only thing that detracts from the slow burn of the film is the Old English style accents the characters utilize. At times laughable, and at times indiscernible and in need of captions for clarification, they weaken the increasing palpable tension at some moments. CrypticRock gives The Witch 3 out of 5 stars. 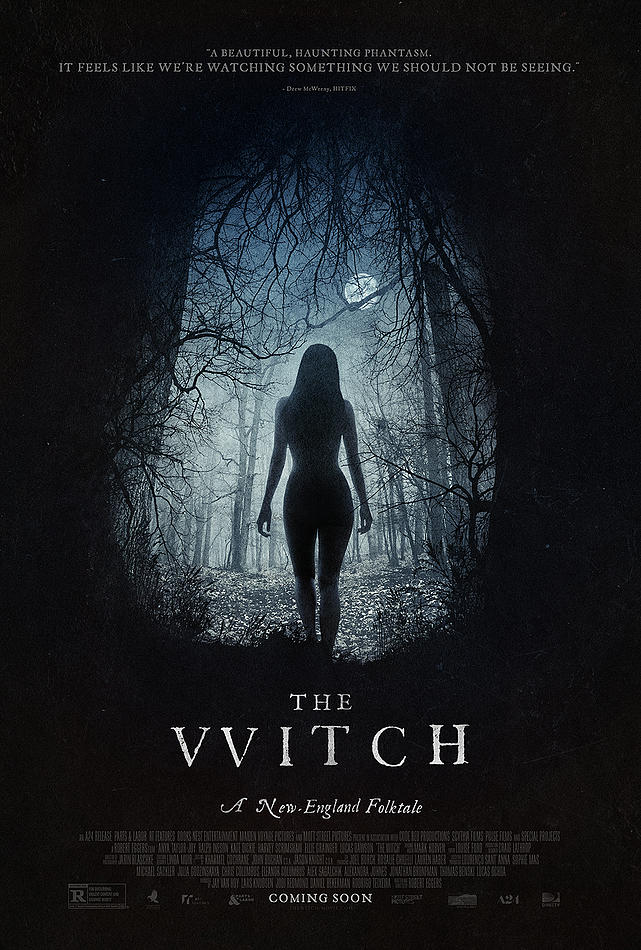