Universal Pictures classic The Wolf Man has been “prowling, killing, and terrifying a country side with the blood lust of a savage beast” for the last seventy-five years. While lesser known 1935 Universal Picture film Werewolf in London could be viewed as the first Werewolf themed film in their monster franchise, the birth of film’s most infamous monster flicks all began even early with 1923’s The Hunchback of Notre Dame. Followed by one classic after another, The Wolf Man came during the third wave of Universal Monsters upon its release on December 12th of 1941. Directed and produced by George Waggner (Horror Island 1941, Man Made Monster 1941) while written by Curt Siodmak (The Invisible Man Returns 1940, Frankenstein Meets the Wolf  Man 1943), it is arguably the most popular and the definitive version of what movie lovers now know as werewolves. 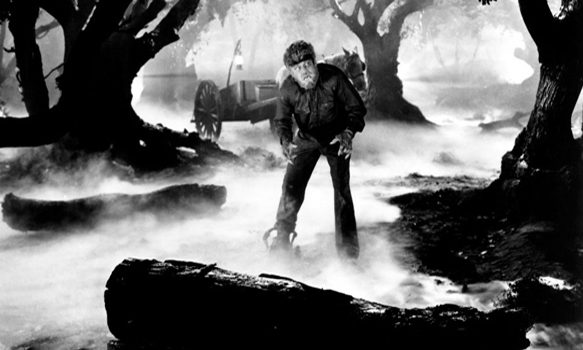 In The Wolf Man, Larry Talbot, played by the legendary Lon Chaney Jr. (Frankenstein Meets the Wolf Man 1943, Dracula vs. Frankenstein 1971), returns home in Llanwelly, Wales; he looks to rekindle his relationship with his estranged father only to learn of his brother’s death. It is there where he falls in love with Gwen Conliffe, an antique shop owner, played by Evelyn Ankers (Son of Dracula 1943, The Invisible Man’s Revenge 1944). Talbot purchases a silver-headed walking stick decorated with a wolf to strike up a conversation with her. Gwen tells Talbot that the creature on his walking stick represents a werewolf, a man who changes into a wolf at certain times of the year.

That same evening, Talbot saves Gwen’s friend Jenny from being attacked by the very beast. He kills the Werewolf with his walking stick, but in the process gets bitten in the stomach. From here, Talbot eventually becomes The Wolf Man, who sets out to stalk and kill people of the village at night. This is all while retaining the memories of being a Werewolf and wanting to kill. Talbot eventually meets his demise as his own father, Sir John Talbot, played by Claude Rains (The Invisible Man 1933, Casablanca 1942), bludgeons him to death after he attacks Gwen. To Sir Talbot’s horror, he watches the body of his son emerge as he transforms back into his human form following his passing.

A story of horror and heartbreak, The Wolf Man is and always will be one of the more popular monsters to come out of the Universal Monsters roster, but why is that? What makes The Wolf Man such an endearing part of Horror history? Well, obviously he is a monster, but it is not just that, is it? It is not that he is terrifying, fast, cunning, or that he is literally a predatory animal that stalks and is completely unbeknownst to his prey. 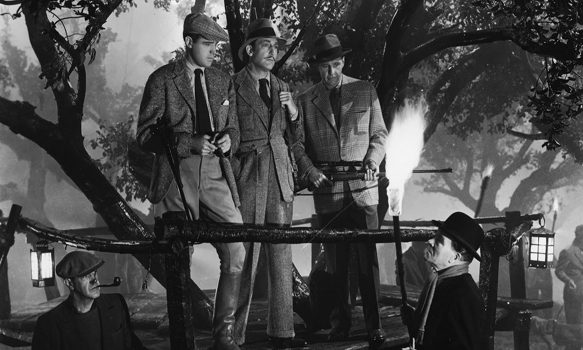 This in mind, many say Frankenstein’s Monster brought to life in the 1931 film Frankenstein is one of the more human monsters of the Universal Monsters. An accurate assessment, it could be debated a man made from the body parts of other people, does not necessarily make him human. Although, an actual human, an “everyman” type of person that completely circumes to their rage, while at the same time not losing their sense of self, even if it is for a short periods of time, that is both human and monster-like. That is in itself, is completely terrifying.

Further proving the importance of The Wolf Man to Universal Monster history is that in all of the 1940 sequels including 1943’s Frankenstein Meets the Wolf Man, 1944’s House of Frankenstein, 1945’s House of  Dracula, as well as in 1948’s Abbott and Costello Meet Frankenstein, multiple actors play different versions of Dracula, The Mummy, Frankenstein’s Monster, The Invisible Man, etc.

Through all those changes, The Wolf Man was always played by Lon Chaney Jr. He always felt proud of the character, sometimes even saying that the role was his baby. So proud of the character, Chaney Jr. would eventually return to reprise his role even while severely ill at the time of 1971’s Dracula vs. Frankenstein. Despite never getting another standalone film, it definitely helped give some consistency to the character and it gave fans something to latch on to, but most of all, it gave The Wolf Man a much more genuine arc. 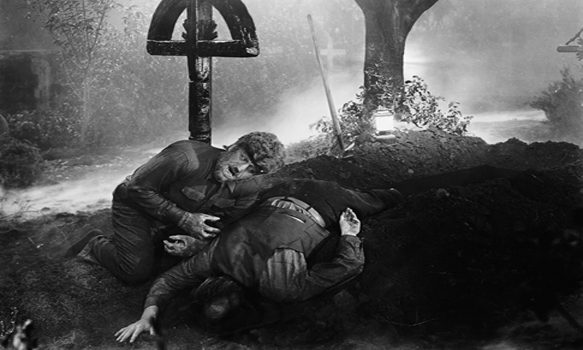 Looking at the future of Werewolves in Horror cinema, the definitive style of the modern Werewolf can all look back on The Wolf Man all these years later. Ranging from 1981’s An American Werewolf in London, to The Howling series, to 1985’s Silver Bullet, and beyond, there are all touches of The Wolf Man inside all of them. Additionally, all these films have some sort of heartbreak wrapped around there stories where the werewolf ends up meeting death, otherwise they will kill the one they love.

Transcending the world of traditional Horror films, werewolves have even made their way into Comedy and Teen Romance films like such as 1985’s Teen Wolf, 1989’s My Mom’s a Werewolf, the Twilight series, and last, but certainly not least, 2014’s Wolfcop. Looking to recapture the magic of the original, there was a remake of The Wolfman in 2010.

Going for a more traditional story, 2010’s The Wolfman was directed by Joe Johnston (Honey, I Shrunk The Kids 1989, Jurassic Park III 2001), written by Andrew Kevin Walker (Se7en 1995, The Follow 2001) and David Self (The Haunting 1999, The Road To Perdition 2002), starred Benicio Del Toro (The Usual Suspects 1995, Traffic 2000) as Lawrence Talbot/The Wolfman, Anthony Hopkins (The Elephant Man 1980, The Silence of the Lambs 1991) as Sir John Talbot, and Emily Blunt (Looper 2012, Edge of Tomorrow 2014) as Gwen Conliffe. Initially pushed back three times, it was received rather badly by the public and critics when finally released, but Rick Baker and Dave Elsey both managed Academy and Saturn award wins for best make up.

With so much history surrounding it, what is next for The Wolf Man legacy now that the Universal Monster will be rebooted and share the same universe? Well, the good news is that fans may be allegedly getting a Wolf Man film sometime in 2019, although, no set release date as of yet. Exciting enough, there is still no substitute for the real thing, and seventy-five years later, The Wolf Man still reigns as a landmark piece of Horror cinema. 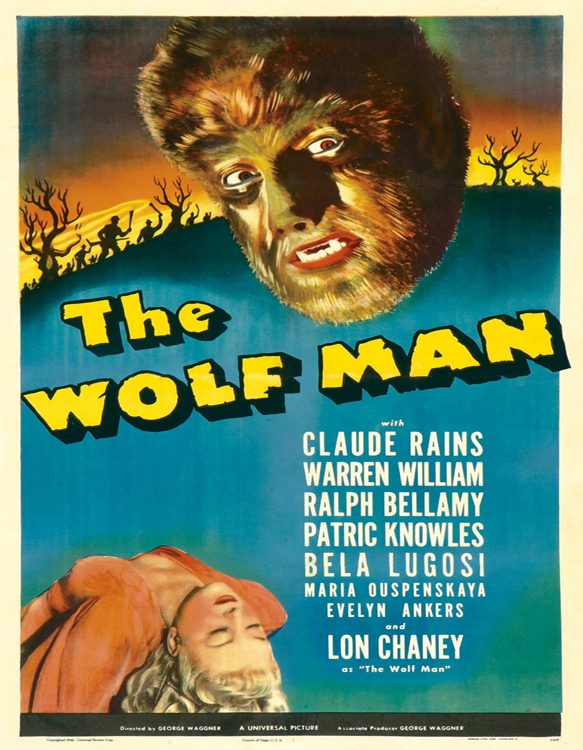