The Wombats – Beautiful People Will Ruin Your Life (Album Review) 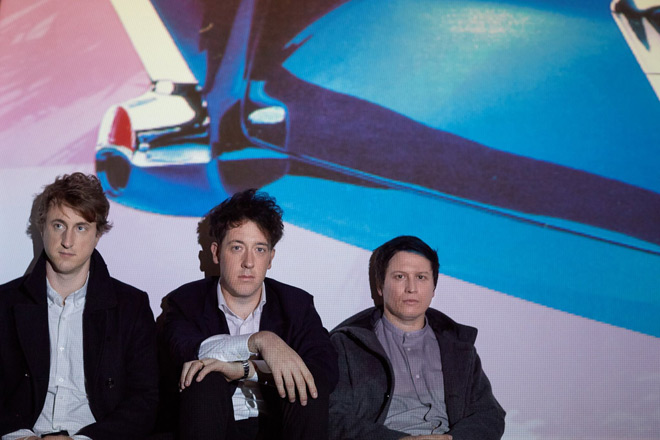 In late 2007, The Wombats glided into the forefront of the international Indie Rock dancefloor via their compelling and eye-catching single “Let’s Dance to Joy Division.” The instant success of the track, which was included in the English band’s debut album, that same year’s A Guide to Love, Loss & Desperation, was the effect of referencing one of the most iconic Post-Punk bands in the Alternative world.

Formed by Dan Haggis (drums, percussion, keyboards, guitar, backing vocals), Tord Øverland Knudsen (bass guitar, keyboards, backing vocals), and Matthew Murphy (lead vocals, guitar, keyboards) in 2003, in Liverpool, England, The Wombats will have had four long-playing albums by the time the new one is out. Slated to be released on February 9, 2018, via Kobalt Music Recordings, The Wombats’ forthcoming fourth full-length is titled Beautiful People Will Ruin Your Life. As always, the song titles are as quirky as the songs themselves—certainly another feastful delight for Indie Popsters, New Wave revivalists, and marsupial lovers.

Beautiful People Will Ruin Your Life begins with the upbeat, pogo-inducing Guitar Pop track “Cheetah Tongue.” Following next is the first single, “Lemon to a Knife Fight,” whose jangly and angular guitar strums and melodies might remind the initiated of the likes of Two Door Cinema Club (“Undercover Martyn”), Maritime (“We Don’t Think, We Know”), The Killers (“Somebody Told Me”), and Blur (“Coffee and TV”); it may sound bright but is actually dim, for it tells of “the push-pull rollercoaster of a toxic relationship’s euphoria and desperation.” Then as the listener gets to “Turn,” the pace slows down for a bit and incorporates elements of Electroclash—sparse synthesizer ambience and Disco dancefloor beats; it will fit on a playlist that includes Coldplay’s “A Sky Full of Stars,” The Chainsmokers’ “Something Just like This,” OneRepublic’s “Future Looks Good,” and The Fray’s “Singing Low.”

The Wombats’ foray into Dance-oriented Indie Pop music continues on with “Black Flamingo.” Then the trio go quirky and Post-Punk again with “White Eyes,” whose hooky basslines and catchy female-backed-up choruses exude echoes of Get Ready-era New Order (“60 Miles an Hour”). The mood then turns relaxed and chilly with the smooth swagger of “Lethal Combination” and “Out of My Head.” It further slides down to Sophistipop territory with “I Only Wear Black,” at least initially, only to revert to the general sunny and poppy predisposition of Beautiful People Will Ruin Your Life.

Near the end of the spin are the highlights: the delectable “Ice Cream” and “Dip Your Honey,” which take the listener back to The Wombats’ trademark Alternative Pop sound—dribbling drumbeats, bouncy basslines, angular rhythms, stellar guitar interludes, synthesizer flourishes, lush Indie soundscape, and infectious vocal melody. Finally, The Wombats close their latest oeuvre with the New Romantic slant and sentiments of “I Don’t Know Why I Like You But I Do.”

The Indie world is populated by brilliant tunesmiths, but rarely is it graced with songwriters or bands that excel both in their ability to make memorable melodies and express eloquence through literary lyricism and then mold these all together to come up with cerebral but catchy Pop songs. Beautiful People Will Ruin Your Life is another proof of The Wombats’ adeptness in this kind of sonic amalgamation. That is why CrypticRock gives it 4 out of 5 stars. 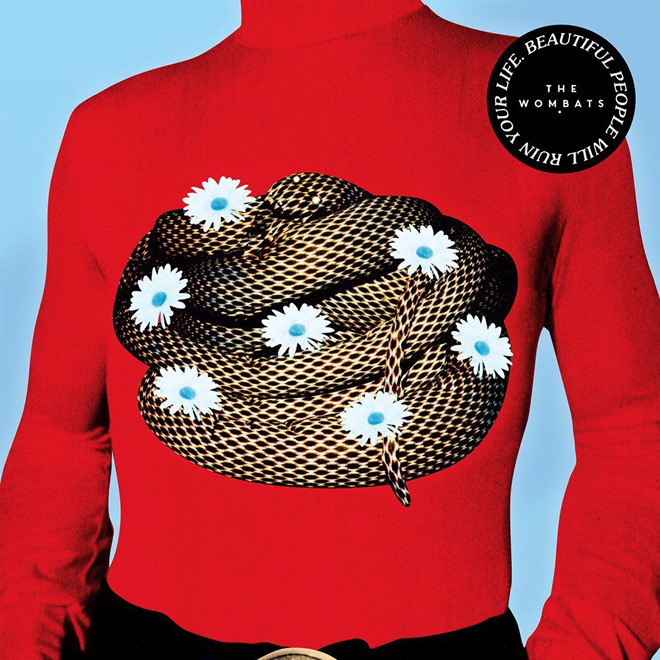