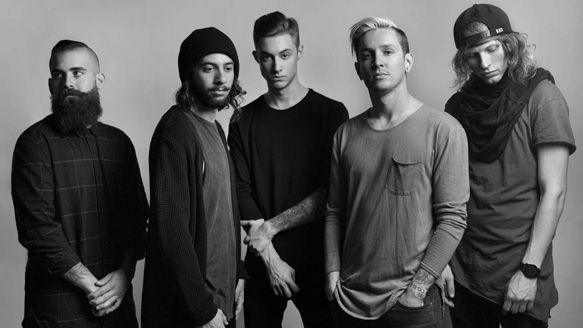 Based out of Phoenix, Arizona, the band The Word Alive was created in 2008 and, since, has become a force to be reckoned with inside the Metalcore/Post-Hardcore scene. Originally founded by Vocalist Craig Mabbitt, along with Guitarists Zach Hansen and Tony Pizzuti, the band sustained some early changes with the recruitment of Telle Smith on vocals. Now, with the dust settled, Hansen, Pizzuti, Smith, as well as Bassist Daniel Shapiro and Drummer Luke Holland unite to make up a solid The Word Alive lineup. Signing on with Fearless Records in 2009, they quickly released their EP, Empire, an album that reached #15 on Billboard’s Top Heatseekers.

Spending time touring, releasing their full-length album, Deceiver, in 2010, The Word Alive were well on their way. Continuing to grow, 2012’s Life Cycles saw even more positive reactions, and many would say 2014’s Real saw The Word Alive truly come into their own with their experimental brand of music. While most of 2015 was spent touring, the band did come together in the studio to work on what would become their fourth album, Dark Matter. Produced by Matt Good (From First To Last), Dark Matter saw its release as of March 18, 2016 and is perhaps one of the most anticipated releases of the earlier part of the year.

Starting out with the song “Dreamer,” The Word Alive offers some electronic soundscapes that they have used in the past. This is an aspect not only heard on this opening track, but throughout the record as well. Next is the first single from Dark Matter, “Trapped,” a song that screams raw talent with incredible guitar and bass riffs all throughout. Coming on with powerful lyrics, “Face to Face” is next, showcasing a raw passion and power that is genuine, as well as something people can relate with. Complemented by a hint of Alternative styling, The Word Alive continue to show they are full of surprises.

Moving along, “Sellout” will hit the listener in the gut as it starts off big and just gets bigger as the song goes on. The tune is very fast, catchy, and filled with heavy attacks. With a mixture of Hardcore and Punk sounds, it is enough to get anyone pumped with adrenaline. Then, suddenly, it gets soft towards the end like a sweet lullaby. In contrast, Smith returns with hard, crushing screams saying, “Just come back.” Lowering the volume, “Insane” focuses on lyrical content with words such as “We are all insane in a beautiful way” during the chorus. Possessing more of a Rock vibe, it is one of the best songs on this album. With that said, it really broadcasts just how mature the band has become over the years. Then, bringing on a more older The Word Alive sound is “Made This Way” where the guitar riffs and Holland’s exquisite drum beats really bring the track to the forefront. With lyrics that are quite catchy, like many songs on Dark Matter, it is very enjoyable.

Halfway into the album, “Suffocating” will literally take many’s breath away. Going for a darker, almost haunting sound, it is well-written lyrically and instrumentally, with the best detail of this song being brought forward by Smith’s voice. Thereafter is “Piece of Me,” which features Beautiful Bodies vocalist Alicia Solombrino. Here, Smith is accompanied by a nice Rock melody that supports him perfectly throughout the entire piece While Solombrino joins in during the bridge with a beautiful performance. Returning to the darker style, “Branded” is a fun song to listen to with the lyrics such as “Lost and found, I had no home/Found myself when I gave up hope.” After that comes “Grunge,” which is definitely a fist in the air type of the song. The title is pretty self-explanatory as the track is dressed with Punk inspired lyrics and sensational guitar riffs that give it a ’90s Rock sound.

With only two songs left, the album title-track comes next. Edgy and Rock-tone coated, “Dark Matter” also perfectly meshes with a slick Metalcore sound. Probably one of the heaviest songs yet, it is the perfect title not only for this song, but the entire album. As the final battle cry, closing the album out is “Oxy,” a track that slows down a bit. Softening his voice, Smith takes on an angelic sound as he confesses lyrics that are honest and from the heart, making it a flawless way to end the album.

In all honesty, Dark Matter is The Word Alive’s best album to date. Smith combines the talents of being an amazing lyricist with a unique vocalist. Years of working together as a cohesive unit has certainly paid dividends for The Word Alive, and Dark Matter is the proof. CrypticRock gives this album 5 out of 5 stars. 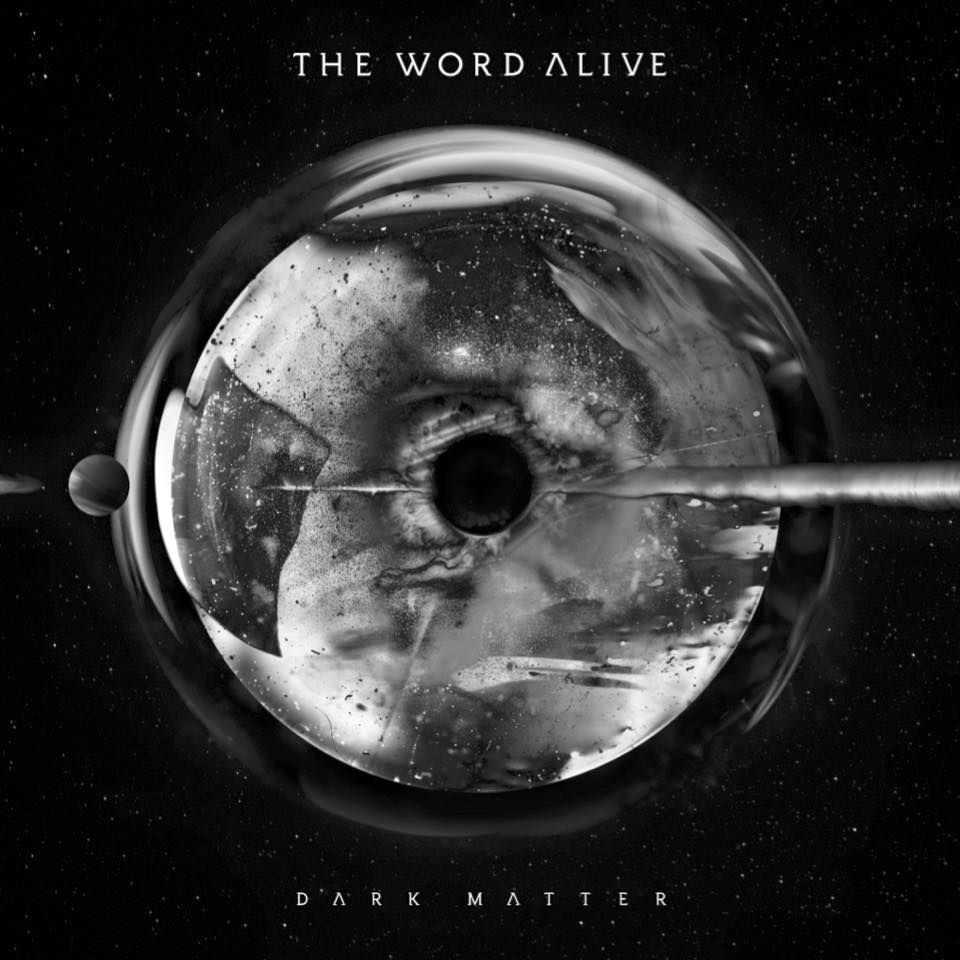