Norway’s official 2018 Oscar entry for Best Foreign Language Film, Thelma is a Supernatural Thriller that proves that, yes, those Scandinavians do pretty much everything better than you! The Orchard opens the film in select theaters Friday, November 10th, after the film made a smashing debut at the Toronto International Film Festival in September. 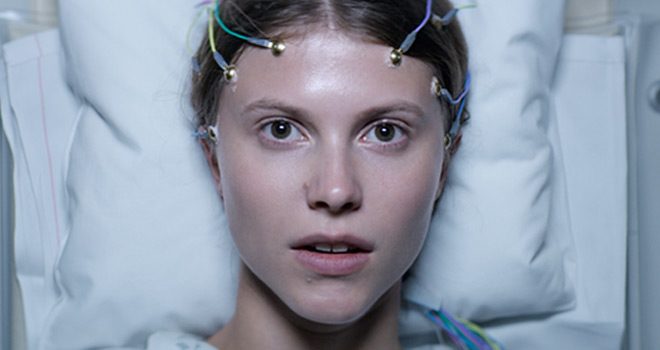 Shy Oslo university student Thelma (Eili Harboe: The Orheim Company 2012, The Wave 2015) has just left behind a sheltered life on the coast and two very overprotective parents. Studying biology and blending into the melting pot of student life, she is introduced to the vast and complicated world outside of her humble Christian background. When she encounters the lovely Anja (Kaya Wilkins: Okay Kaya: Durer short 2016) – a swimmer and chemistry student who quickly befriends the wide-eyed Thelma – life begins to morph into something that more closely resembles normal college life: dinners and parties, wine sipping and late-night musings on life.

Unfortunately, a wrench is tossed into the works when, while studying at the library one afternoon, Thelma suffers a violent, unexpected seizure. With her health in question and a bevy of medical tests on the horizon, she seems to grow increasingly more enamored with the free-spirited Anja and partaking of the many pitfalls of campus life. With questions spiraling through her mind and her troubles weighing heavily on her young shoulders, she turns toward her devout father Trond (Henrik Rafaelsen: Happy, Happy 2010, Blind 2014), a doctor, and, to a lesser extent, her wheelchair-bound mother Unni (Ellen Dorrit Petersen: Blind 2014, Shelley 2016).

With her feelings growing increasingly more passionate, warring viciously against her Christian upbringing, Thelma’s condition seems to devolve into more frequent, unexplainable seizures. Accompanying these events is a dangerous and uncontrollable supernatural ability that, left unchecked, is coursing very quickly toward tragedy. Thus, in order to understand her present, Thelma will have to delve into her family’s past and the darkest nooks and crannies that her mother and father have kept lovingly hidden all these years. 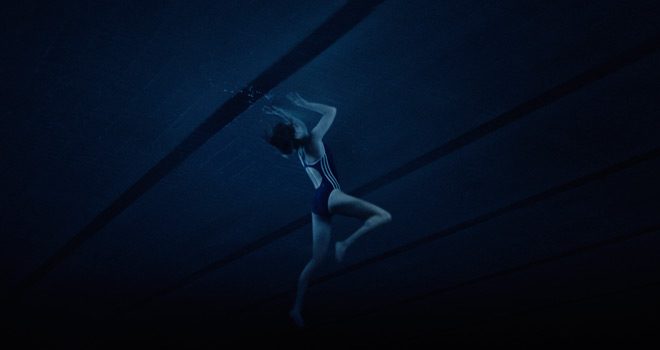 Clocking in at roughly 120 minutes, Thelma was directed by Joachim Trier (Reprise 2006, Louder Than Bombs 2015) and co-written by Trier and Eskil Vogt (Reprise 2006, Louder Than Bombs 2015). Presented in Norwegian with English subtitles, Thelma is a Supernatural/Paranormal Thriller of the highest order, lusciously haunting and deliciously morose; and yet it intelligently dips its toes into the age-old debate of science versus religion. With a gorgeous use of metaphor and a nod to the beauty throughout the natural world, this is a film that will stay with its viewers long after its two hours come to a troubling conclusion.

Disturbing from its very first moments, this is a film that traffics in that fantastically dark, Scandinavian creep that has become known and beloved thanks to authors such as Sweden’s phenomenal John Ajvide Lindqvist. Thelma’s ensemble cast – especially Harboe in the complicated, titular role – do a superb job of communicating the complicated, intelligently macabre story. Beautiful little Grethe Eltervåg is especially stellar in her scenes portraying the six-year-old Thelma, a marvelous echo to her elder co-star Harboe. It cannot be easy to convey something as strangely organic as a seizure without appearing ridiculous and comedic, though Harboe does this repeatedly with a grace that is commendable; she meanders through the film as though truly experiencing this paranormally confusing, metaphorically entrenched world. 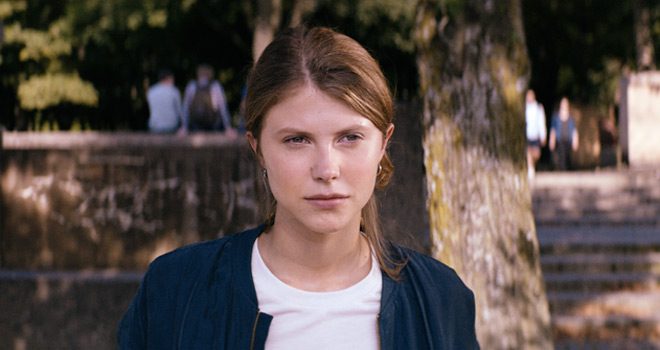 In short, it is not everyday that one comes across a film, imbibes, and then thinks, “Yes! That deserves an Oscar!” Thelma is that film: deserving of the highest accolades for its tremendously intelligent, darkly moody spin on Supernatural Thrillers; its gorgeously delicate score that is the superb accoutrement; the phenomenal acting skills of its wonderful cast; and its stunning detail to the natural scenery abounding in the world around us. From start to finish, Thelma is a work of cinematic art. If you crave an artistic thrill, a curious awakening of the senses, and a gentle tickle to the cerebral centers, Thelma has you covered! For these reasons, CrypticRock gives Thelma 5 of 5 stars and are hoping to celebrate an Oscar win in March 2018. 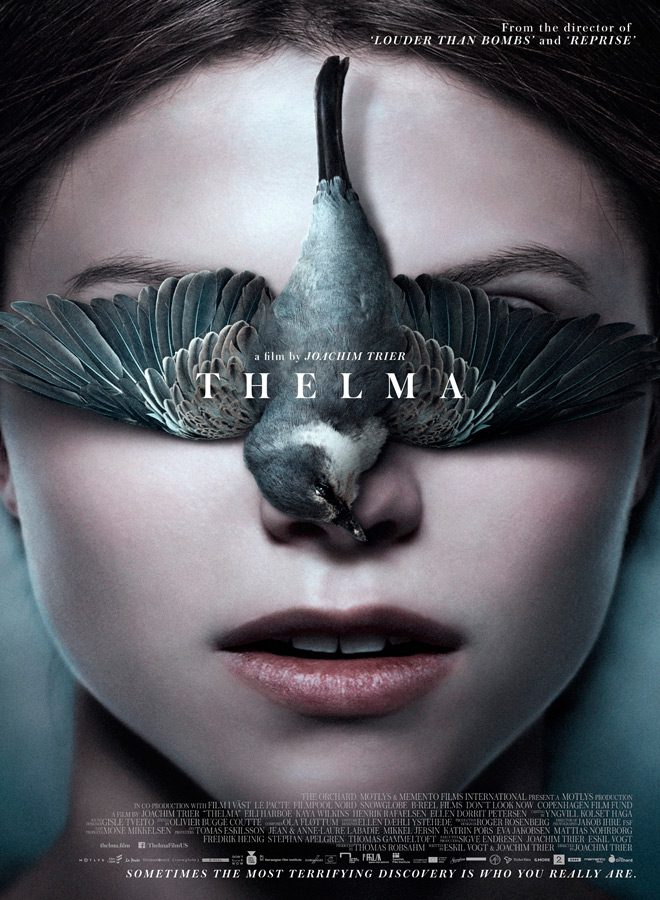