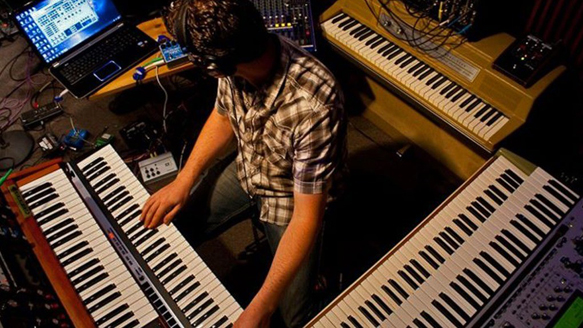 Theo is the brainchild of Michigan’s Jim Alfredson, a prolific keyboardist who favors the damp click of the Hammond organ. Already having several albums on his resume under projects by Janiva Magness, Root Doctor, and his own Organissmo, Alfredson takes a surprising left turn from the Jazz, Blues, Gospel, and R&B sounds of those previous works and dives headlong into expansive Progressive Rock with 2015’s The Game Of Ouroboros. The result has been four years in the making, and, thanks to a successful crowd-funding campaign, Alfredson was able to finally release Theo’s debut to a widespread audience. Rounding out the lineup is Kevin Depree (Drums/Backing vocals), Gary Davenport (Bass/Backing vocals), and Jake Reichbart (Guitar).

The music of Theo is on the hookier side of Prog, and there is a futuristic dystopian theme on The Game Of Ouroboros  that is immediately set on the title track.  The listener is greeted by a robotic phone message from “Congloblocorp — Government Made Easy” and proceeds to run through a series of frightening, Orwellian prompts underneath a wash of ambient synths. Gradually, a percussive, atmospheric guitar riff is introduced, served over a cushion of billowing low-end Moog pulses, shimmering piano lines accenting the end of each measure. This keeps building until the three minute mark where the band kicks in with an ultra tight, arid groove stitched together by Davenport and Depree. Alfredson’s gravelly baritone vocals carry a forceful cynicism as he describes the shallow, consumerist authoritarian society, with just an edge of somberness to convey the hopelessness of it all.

About halfway through the nine minute opener there is a heavily envelope-filtered keyboard-with-a-head-cold solo before passing the baton to a super clean, precisely played guitar solo. Alfredson sets himself from the modern day Progressive Rock/Metal keyboardists by using distinctly “keyboard” sounds vs. the almost electric guitar type used by his contemporaries. This adds a warmth and separation that is often lacking in modern Prog. The third movement of the title track, “The Game Of Ouroboros,” quiets down considerably with the sound of buzzing flies (which might alarm those wearing headphones at the time, until figuring it out) and acoustic guitars. Here, Alfredson delivers a low key, almost mocking apology using a chorus effect on his voice to give it an underwater vibe before allowing the final three-minute instrumental section, with wonderfully phrased David Gilmour-like solos and keyboard pyrotechnics, to carry the listener into the next track.

Segueing into the second track, “The Blood That Floats My Throne,” is the same ominous robot operator from the beginning, thanking the listener for their continued patience (a must for Prog fans). Soft synth pads that would not seem out of place in a 1980’s Sci-Fi film float to the surface. Rather than sounding dated, Alfredson manages to use it in a fresh way by letting it wash up against modern guitars and classic sounding analog keys, creating some interesting audio juxtapositions.  “Creature of Our Comfort” is the shortest track on the album, but still longer than most Pop tunes at over six and a half minutes, bouncing along with a quasi Reggae feel that evokes The Police and mid-era Rush, with the vocal hooks to match. Once again, the rhythm section is stellar on this track, firmly in the pocket, punctuating the clean guitars and organ with some tight syncopation.

What could be considered the ballad on the album is “These Are The Simple Days,” a melancholic song that lyrically laments times gone by before things got so bad.  Gentle piano, gliding fretless bass-lines, and acoustic guitar create its introspective foundation. After that small lull, Theo kicks into Prog overdrive for the second to last track, “Idle Worship”, from epic to subtle, to quirky, as well as serious and the in-betweens. It is on this track where the Jazzy side of Jim Alfredson really takes a center stage, especially during the laid back smokey Fender Rhodes solo at the midpoint, in addition to treating the listener to Rick Wakemen and Keith Emerson pomp, and almost touching on Herbie Hancock “Headhunter” era fusion.

The album closes with the symphonic “Exile,” a tense number about escaping the oppressive clutches of a dystopic world into the company of some strange, but kindred spirits. The dark mood builds until switching gears into a more hopeful, major tone with a generous keyboard-drenched instrumental section, full of B3 organ, analog synth, and energetic accompaniment from Davenport, Depree, and Reichbart.

Theo’s mission appears to be one of bridging the Prog-Rock generational gap with enough modern sensibilities to keep it forward thinking, but refocusing the emphasis back to the keyboards, in particular, the classic keyboard sounds that to this day still seem to transcend the newest digital algorithm based synthesizers. With more emphasis on strong vocal lines versus instrument shredding, Theo is able to keep things interesting; something that is very important when the average song length is ten minutes. Progressive Rock fans will have a hard time finding much at fault with The Game Of Ouroboros. It fits comfortably alongside the classics of Yes, Rush, Kansas, Genesis, and Pink Floyd, but has enough vocal candy to please fans of Marillion and IQ, with enough muscle and virtuosity that fans of Dream Theater will enjoy when they have reached saturation point on light-speed shred. This is an impressive debut. CrypticRock gives Game of Ouroboros 4.5 out of 5 stars. 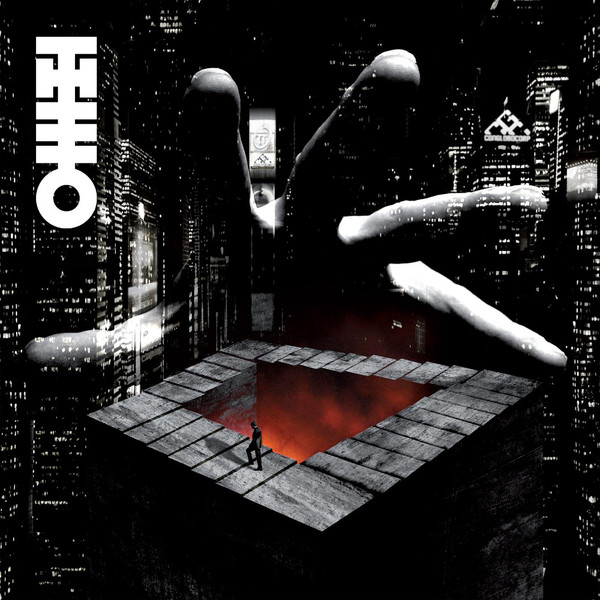