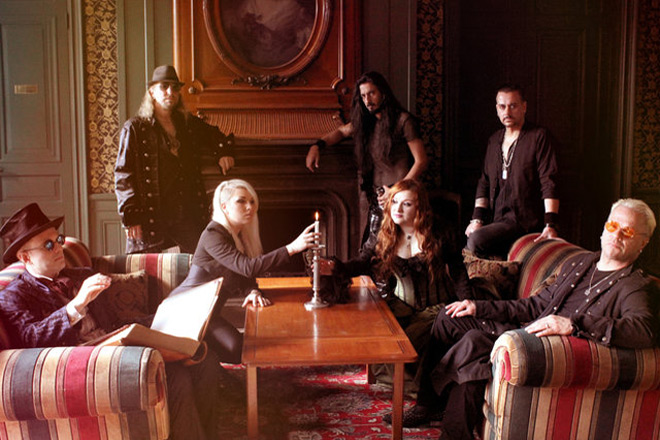 European heavy metal comes in a vast array of genres that strongly grasp various cultures to elaborate and contribute to their concepts as a whole. In the case of Swedish Symphonic Metal band Therion, their  30 year journey from origin till now has been a very interesting one with many extreme changes along the way. Beloved Antichrist, which arrives on Friday February 9, 2018 thanks to Nuclear Blast, is no different!

As a start, back in 1988, Therion were influenced by Death and Thrash and were initially a Death Metal band that later adapted a more symphonic, orchestral sound. Adding and changing band-members turned into an entire orchestra performing with the band about ten years down the road. In turn, Therion helped pioneer the Symphonic Metal genre in a big way and should be appreciated as such.

Today they have branched out even further from their origins with a brand new, 3 disc, 46 song album in which band leader Christofer Johnsson chose to create an operatic story based on Vladimir Soloviev’s Short Tale Of The Antichrist. Johnsson incorporated his own plot, which differs from the one in the philosophical Russian novel, creating the basis for the brand new album, Beloved Antichrist. Fair warning: if fans of this band are not fond of opera, they will have a hard time upon first listen!

Therion has continued to strive to reach new levels of talent in their career, and Beloved Antichrist is a Rock Opera that has been in-the-works for a few years, finally spreading into the light of day. A very well-conceived operatic tale from start to finish, the collection proudly holds a lit candle with some of the greats out there.

A complex story, the main musicians include mastermind and original founder Christofer Johnsson on guitars, keyboards, programming, Hammond organ, orchestral arrangement and lead vocals; Thomas Vikström also on lead vocals; Nalle “Grizzly” Påhlsson on bass guitar; touring drummer Sami Karppinen; Christian Vidal on guitar; and Lori Lewis on studio vocals. While these are the main players of Therion in 2018, the album Beloved Antichrist features a surprising 27 vocalists, both male and female, and over 3 hours of progressively operatic tunes. It is quite an impressive feat organizing so many people and putting a cohesive story together while expanding from orchestra to full on Rock Opera and Johnsson has outdone himself in this regard.

The first disc starts with a somber and mellow tone that gains momentum and heavier elements as the story goes on. Interestingly, as not too many operas are primarily sung in English – especially when created in another culture and language – this opera happens to be just that, yet still contains the flowing language and vibe that would be found in a traditional opera house. Curiosity finds the listener imagining the visual tale of the tunes and this could be entertaining if done in its entirety live, if only people had the same attention spans they did back-in-the-day when opera was in its heyday. Religion definitely serves a dominating notion in this album, as is clear by the title as well as some song names such as “Dagger Of God” and “Temple Of New Jerusalem”; though the listener does not become plagued by any one viewpoint and is led into the next chapter with ease because the composition is strategically willful.

As a Therion fan one would approach this album as fulfilling a strict time and place by telling a story and not finding it useful for an everyday pastime. It is not a bad trait for a band to explore themselves in a new light, and they will often shine from using their utmost capabilities as seems to be the case in this exploratory concept album. There are some peaceful moments and some rocking flair as well, plus the ever-changing voices singing in operatic tongue keep the listener on their toes and prove to be the best part of the album on the whole.

As Therion, in its uniqueness, may be an acquired taste, there is enough variety out there in their style that any Heavy Metal fan could find something to enjoy from their discography. Although this album, Beloved Antichrist, seems never-ending with its track list of forty-six songs, it is a well-planned composition that deserves positive recognition if even on sheer effort alone. Furthermore, written words do not justify this epic masterpiece, no matter how much is said. Simply put, one needs to devote the time and listen to the work in full to truly appreciate it. Therefore, CrypticRock gives Therion’s long-awaited Rock Opera Beloved Antichrist 4 out of 5 in rating. 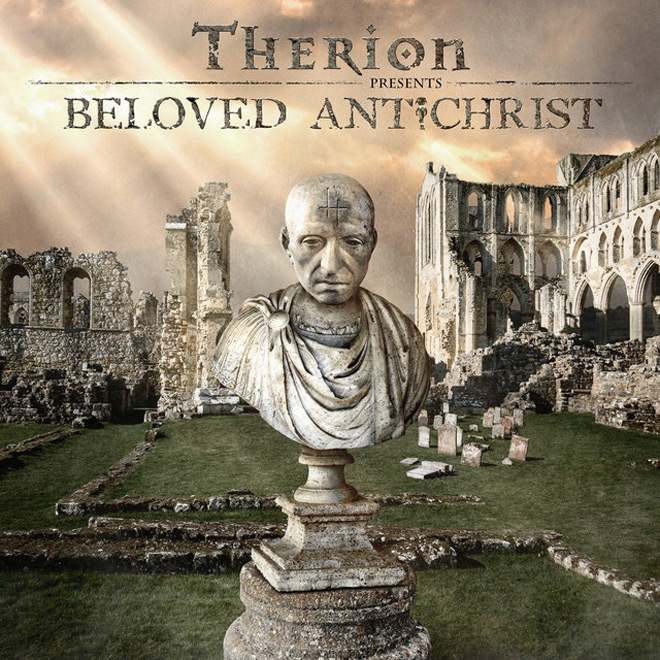