Fresh off of this year’s excellent Macabre Faire Film Festival, Mass Graves Pictures delivers their second full-length feature, Theta States. A departure from the gore fest of the studio’s first film, 2013’s Blood Slaughter Massacre, Theta States focuses on a man’s struggle with insomnia, his seizing an unusual opportunity to combat it, and his subsequent descent into a world of nightmares and madness that blurs the line between dreams and reality.

Written, directed, and edited by Manny Serrano (Blood Slaughter Massacre, The Ripper 2011), Theta States proves to be a compelling addition to the world of Psychological Horror that embraces the seemingly lost art of the slow burn; foregoing jump scares and instant gratification for proper storytelling. 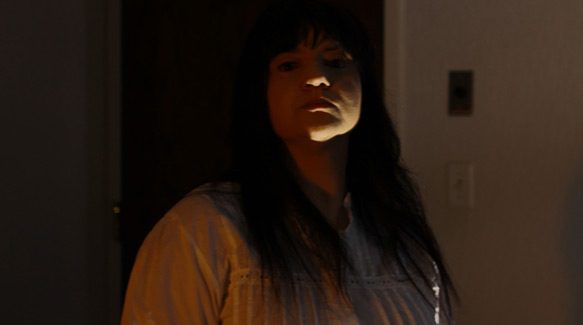 The story centers on Danny, played by Tom Ryan (Face 2004, Day 9 2013), an average working class guy who is heavily burdened with insomnia. So heavily, in fact, that it has permeated every part of his life: he says he has not gotten a good night’s sleep in years; his work opportunities are very limited because of it; and, as a result, his ambitions have been stunted. Beaten down by his affliction, he works at a garage sweeping floors, meandering through life more on autopilot than with purpose.

The one good thing in his life is his relationship with his girlfriend Nicole, played by Kathryn Lill (Missed Connections 2012, M is for Mastectomy 2013). Nicole is loyal and sympathetic to her man and is clearly the rock of the relationship. Despite Danny’s instability and stagnation, she is successful but chooses to stay with him out of love. Determined to make it work, she is easily the strongest character of the story.

One day when arriving early to work, he talks with co-worker Kelly, played by Erin Brown (The Rage 2007, Playmate of the Apes 2002), who tells him of a little known experimental method to combat insomnia.  She refers him to the mysterious Dr. Zovnig – affectionately known as Dr. Z. The Doctor – played by Tom Coll (Blood Slaughter Massacre, Zombie Hunters series 2007), who explains to Danny the different states of brainwaves and that the titular theta brainwaves are optimal for restorative sleeping. He gives Danny an mp3 player with headphones and instructs him to listen to the frequencies within order to induce the theta state, and thus the mind bending slide into the intangible horrors of the subconscious begins. 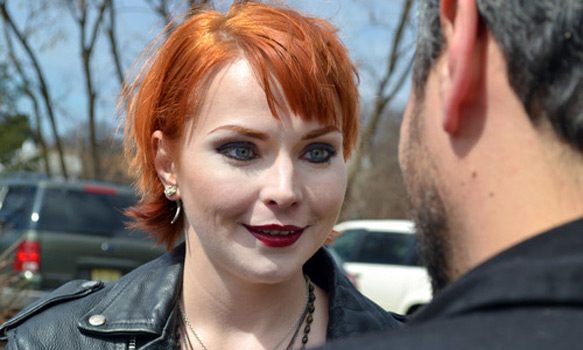 Danny soon discovers that the theta state does in fact help him sleep but the price to pay for it is heavy, and quickly becomes an even bigger problem in his life than the insomnia was. Unable to distinguish what is real and what exists only in his mind, Danny will need to muster all the strength he did not know he had, and rely on his partner Nicole to help him through the mental wasteland that threatens his sanity and his life.

Theta States hits all of the notes that are essential to the story, not the least of which is its ability to convey the confusing, altered state-of-mind Danny finds himself in after inducing the theta state. Serrano said that the story is rooted in his own experiences with insomnia and binaural frequencies used in sleep therapy. Combined with his knowledge of Horror, he effectively uses the camera and sound to capture the irrational feelings Danny goes through in the second and third acts. It is no accident that this film took home the awards for Best Sound and Best Soundtrack at this year’s Macabre Faire Film Festival. This is crucial to the ambiance of the film and successfully pulls the audience along through a journey that, for a while, will have more questions than answers.

Another critical aspect the film nails is its pacing.  Probably the most consistent complaint among Horror fans for many years now is the lack of good story structure in favor of cheap thrills. Theta States does an excellent job of never revealing too much during the ride and as a result,viewers are left with an exciting build to a climax that the audience is invested in.

Clocking in at an easy 90 minutes, Theta States never feels like it is dragging and never overstays its welcome. This aspect is the one that audiences will find especially refreshing given the aforementioned genre critiques. The supporting characters, Dr. Z and Kelly, have more to them than they first let on. Combined in the mix is the lore of the famous painting The Nightmare, and together they all make a pretty robust group of antagonists. 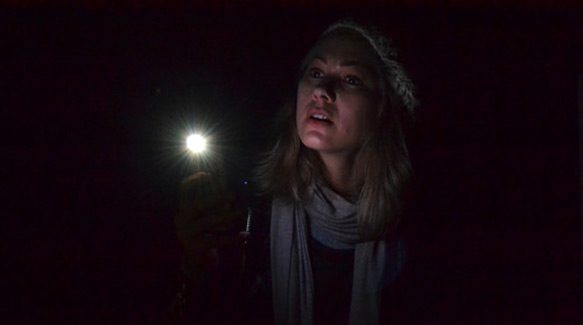 Overall, Theta States works on many levels. The acting could stand to be stronger at times, but Tom Ryan really comes through when it counts during the film’s most climactic moments. Danny is a likeable, relatable character, as is Nicole, and their relationship is is one the audience can get behind. Dreams, reality, mystery, and a bit of the supernatural all come together nicely here, anchored by characters that matter and a story that knows what it wants.

Those who are looking for indie Psychological Horror, Theta States is a solid choice and is well worth the time, and for this reason CrypticRock gives Theta States 4 out of 5 stars. 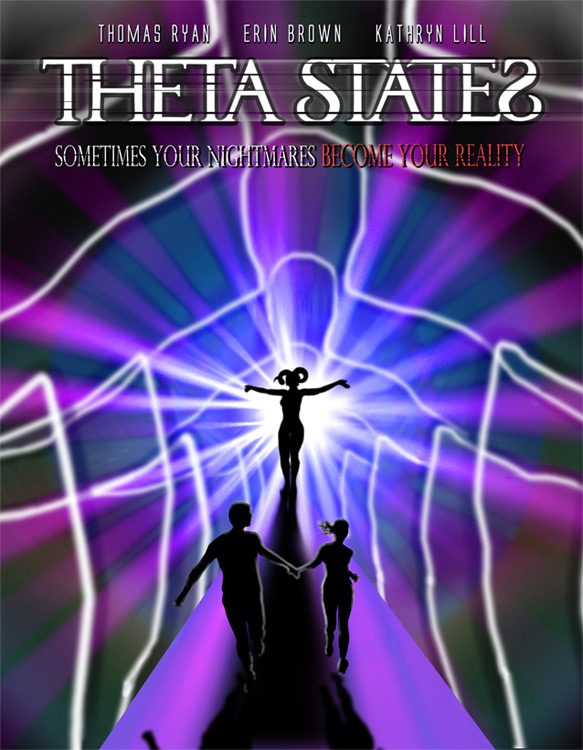