For a long time, scientists have studied and conducted experiments in relation to opening other dimensions. Whether or not they have had any success, the average citizen may never know, but it does not stop writers and directors from exploring the idea. With that said, Syfy Channel launched their 31 Days Of Horror in October of 2015, and on the 17th, an original movie was released going by the name They Found Hell, which uses the concept of parallel dimensions as inspiration. 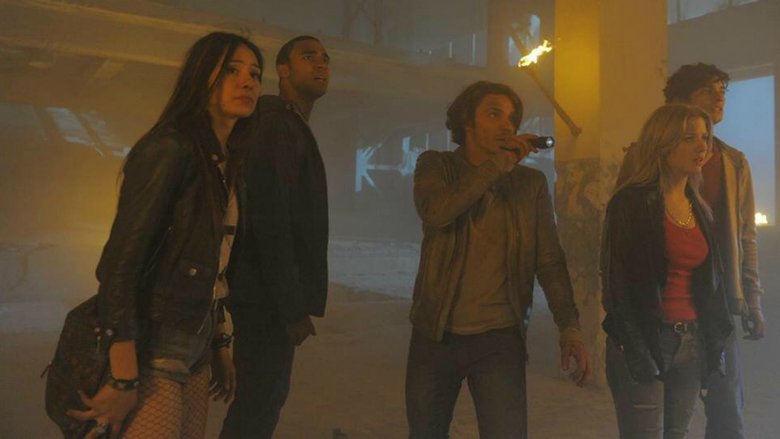 The students conduct their research off campus, and their lecturer Dr. Maro (James Sobol Kelly: Battlefield 3 2011, The Two Faces of January 2014) is unaware of this. Initially excited to move an object from one location to the next, the group proceed further with the experiment. In doing so, they inadvertently open a gateway to another dimension. Most of the group are pulled into a massive sink hole, which leads directly to a gateway. The sign above the gate reads ‘Abandon all hope all ye who enter here.’ 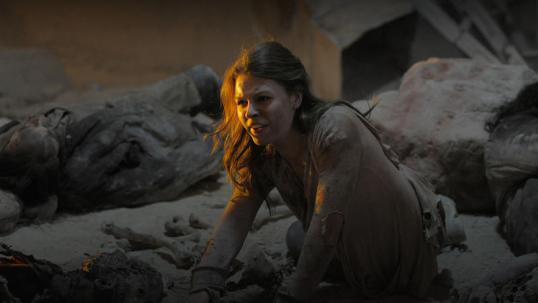 With great horror, the group realizes they have entered hell, and their worst nightmares are about to be revealed. They discover not only do they have to face their deepest fears, among all the terrifying beings, a creature called The Collector (Ivan Kostadinov: The Expendables 2 2012, The Legend of Hercules 2014) is after them. The group band together, but one by one they are tortured. Their hopes are dashed when one of their own turns into a demon and destroys their only way of getting home. All that remains on their side is the tireless efforts of Dr. Maro, but will he be able to get to the group in time? 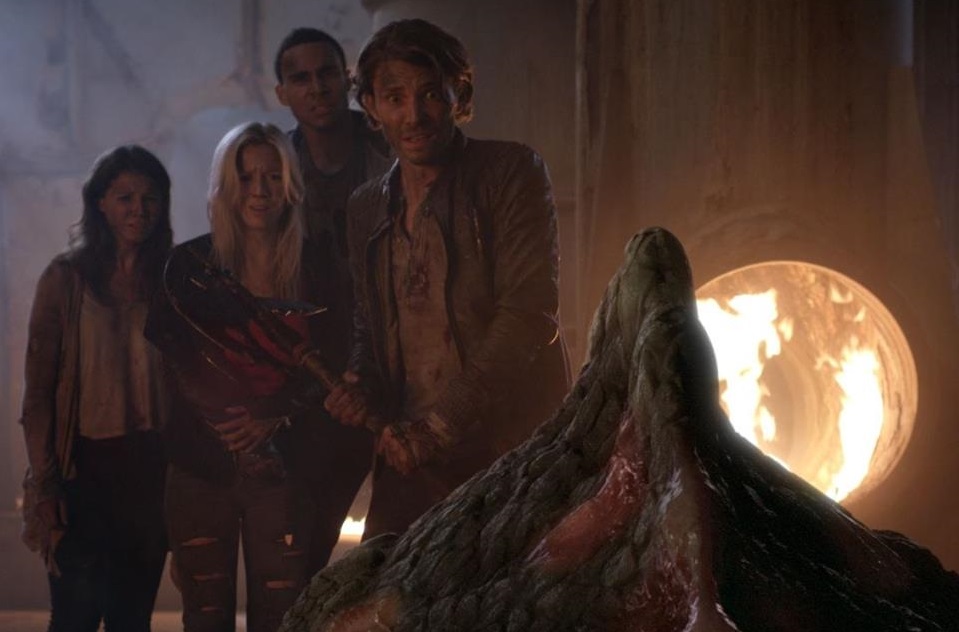 They Found Hell ticks all the boxes for Horror fans, with plenty of blood, gore, horror, intrigue, twists and turns, and nasty creatures. It is well acted, with a solid script, and realistic dialogue, as well as reactions from the characters. The cast work well together, and the special effects are really well done. The demons are some of the best using special effects makeup opposed to CGI, which makes for a seamless integration. The cinematography by Richard J Vialet (I Spit on Your Grave 3 2015, Arrival 2015) keeps pace with the action, and changes in tension. This can be equally said for the musical score, which maintains a creepy atmosphere throughout. In a similar vein to the highly successful 2015 film Project Almanac, They Found Hell focuses on what would happen if some of the future generation uncovers the secrets to the universe. For every Sharknado and Ghost Shark from the Syfy Channel, comes movies like They Found Hell, The Hallow (2015), and Finders Keepers (2014). The Syfy channel continues to show they can be real contenders in the Horror genre. Furthermore, They Found Hell is well-worth watching for all Horror movie fans, and the talents of Jones-Dion are certainly one to keep an eye out for in the future. CrypticRock gives this movie 5 out of 5 stars. 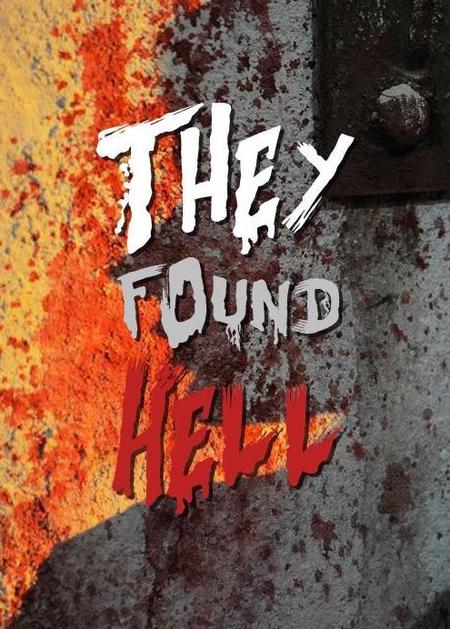