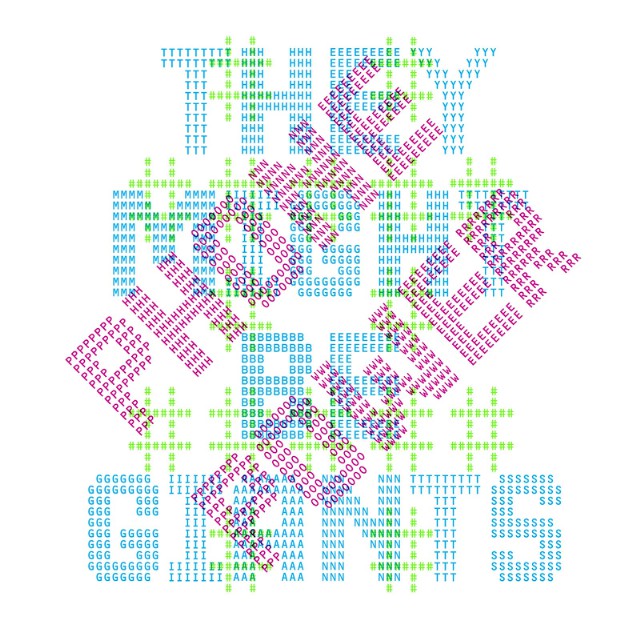 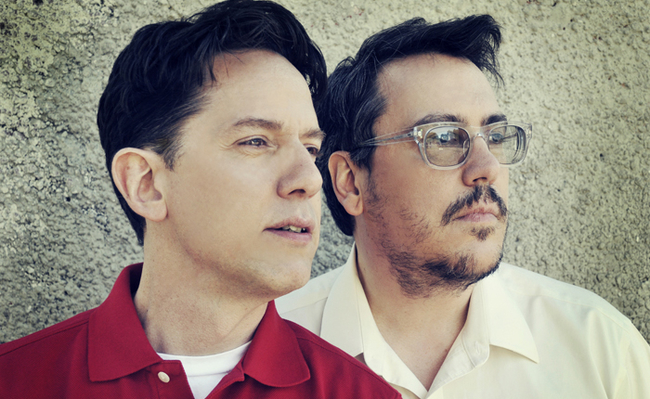 Certainly one of the most enduring and prolific bands to come out of the U.S. Alternative Rock scene of the late ’80s, They Might Be Giants were able to survive various inevitable musical revolutions and change of scenes without sacrificing their brand of intelligent, thought-provoking, humorous, and quirky, yet very ear-friendly blend of Alternative Rock and Indie Pop, achieved largely in part to the acoustic Folk-oriented instruments that used to be a novelty in the genre, but which became, in the long run, as effective as their electric counterparts.

They Might Be Giants was formed in 1982, in Lincoln, Massachussets, by John Flansburgh (vocals, rhythm guitar) and John Linnell (vocals, accordion, saxophone, clarinet, keyboards). Usually backed up by session musicians, the duo are currently augmented by Marty Beller (drums), Dan Miller (lead guitar), and Danny Weinkauf (bass). In a career spanning three decades, They Might Be Giants released nineteen studio albums, from 1986’s self-titled debut to this year’s Phone Power, spawning memorable songs that included the subtly funky “Put Your Hand Inside the Puppet Head,” from the first album; the emphatically punchy “Ana Ng,” from 1988’s Lincoln; the lovely and adorable hit, beloved of New Wave enthusiasts, “Birdhouse in Your Soul,” from 1990’s Flood; the feel-good “I Should Be Allowed to Think,” from 1994’s John Henry; and the crunchy stomper “Judy Is Your Viet Nam” and the upbeat and jangly “Can’t Keep Johnny Down,” both from 2011’s Join Us.

Since the beginning, They Might Be Giants has already exhibited a penchant for short songs with intriguing titles and catchy melodies, each glazed with Pop sensibilities and Rock’s angularity and sung usually with a childlike, bratty vocal styling. This is the reason having crossed over to writing children’s music seemed a natural progression for the band. Needless to say, in the early 2000s, They Might Be Giants started dabbling in children-oriented music, starting with 2002’s No! and including their latest album. While the crossover is not really unique, for the Canadian Alternative Rock band Barenaked Ladies undertook a similar feat with their 2008 album, Snacktime! (“Pollywog in a Bog”), They Might Be Giants upped the notch by releasing not only one, but a series of such albums.

Released on March 9, 2016, They Might Be Giants’ latest and nineteenth oeuvre, Phone Power, is another children-themed album. It is the completion of the trilogy dubbed as Dial-a-Song project, which began with 2013’s Glean and followed by 2015’s Why? Generously consisting of eighteen tracks – a number not unusual for the majority of They Might Be Giants albums – Phone Power begins with the thought-provoking “Apophenia,” which will most likely tempt the listener to log on immediately on the Internet to check what the heck apophenia means. What follows is a slew of equally groovy and infectious songs, the standouts among which are “I Love You for Psychological Reasons,” “I Am Alone,” “ECNALUBMA” (another wordplay), and “It Said Something.”

However, the album has also its light and laidback moments, in the guise of the structural ballads “Trouble Awful Devil Evil,” “Daylight,” and “Impossibly New;” as well as Rock stompers like “Bills, Bills, Bills” and “Black Ops.” In some of the songs, the initiated might hear sonic references to certain other bands – such as “To a Forest,” which resonates a slowed-down “Here Comes a City” by The Go-Betweens. Other welcome aberrations include the bass-heavy Funk of “I’ll Be Haunting You,” the James Bond movie-worthy “Got Getting Up So Down,” and the horn-adorned sunshine Pop “Shape Shifter.” Finally, Phone Power closes with the deliberately childish, Alternative Country-flavored “I Wasn’t Listening,” which harks to similar excursions of Violent Femmes (“Mirror Mirror [I See a Damsel]”).

Overall, They Might Be Giants’ music remains fresh and familiar at the same time. While it definitely displays seriousness in song treatments and choice of subjects to sing about, it never shies away from the lyrically playful and sonically eclectic style that they have been long known for. They Might Be Giants certainly belongs to the league of similarly pesky yet adorably juvenile pioneering Post-Punk pranksters such as Madness (“Baggy Trousers”), Fun Boy Three (“The Farmyard Connection”), The Dead Milkmen (“If You Love Someone, Set Them on Fire”), and Half Man Half Biscuit (“All I Want for Christmas Is a Dukla Prague Away Kit”). CrypticRock gives Phone Power 4 out of 5 stars.