This week in Horror movie history, back on January 7th, 2011, Nicolas Cage (Face/Off 1997, National Treasure 2004) and Ron Perlman (Blade II 2002, Hellboy series) leapt onto the U.S. and Canadian silver screens in a pseudo-historic, supernatural adventure, Season of the Witch. Reportedly inspired by The Seventh Seal (1957), Season of the Witch’s screenplay was written by Bragi F. Schut (Threshold series, Velvet Road 2011) and directed by Dominic Sena (Gone in 60 Seconds 2000, Swordfish 2001), with Brett Ratner (Rush Hour series, Horrible Bosses series) spending a lot of time directing uncredited reshoots. With an interesting trailer promoting the film in months prior, Season of the Witch opened nationwide at approximately 2,816 theaters, and five years later, is an interesting film to look back. 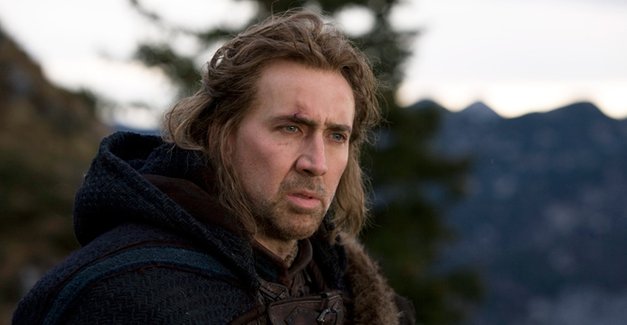 Season of the Witch still

Cage and Perlman portrayed Behman von Bleibruck and Felson, 14th century deserting crusaders returned to a homeland plagued by the Black Death. Though they try to disguise their identities as deserters, a crest on Behman’s sword reveals the truth. They are arrested and taken to Cardinal D’Ambroise (Christopher Lee: Dracula: Prince of Darkness 1966, The Lord of The Rings series) who suffers from the disease. Church elders blame a girl (Claire Foy: Being Human 2008, Vampire Academy 2014), pointing to witchcraft as the cause of the epidemic. The crusaders and a priest, Debelzeq (Stephen Campbell Moore: The History Boys 2006, The Bank Job 2008) are to transport the girl to a secluded monastery where monks can lift the curse caused a century earlier by a different witch-demon whose animated corpse sought revenge. Behman and Felson agree with the stipulation the girl be given a fair trial and the desertion charges leveled against them be dropped. An altar boy, Kay von Wollenbarth (Robert Sheehan: Cherrybomb 2009, The Mortal Instruments: City of Bones 2013) joins them, hoping to follow in his dead father’s knightly footsteps. John Eckhart (Ulrich Thomsen: The Hitman 2007, The Thing 2011) whose family succumbed to the plague and the shifty guide, Hagamar (Stephen Graham: Snatch 2000, Public Enemies 2009), also tag along. On the first night of their journey, the girl attacks Debelzeq, grabs the key to the cage, and escapes toward a nearby village. During the search for her, the men find a mass grave. 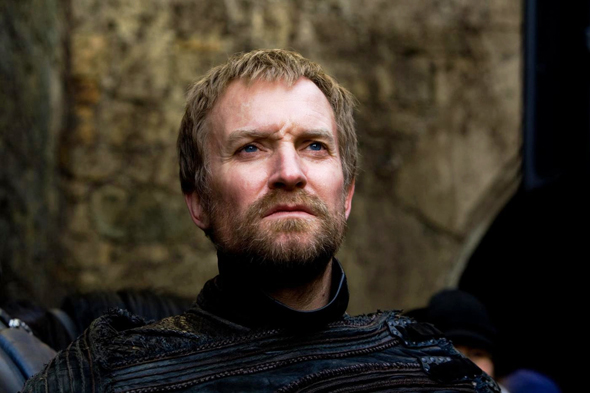 Season of the Witch still

Eckhart stumbles after a vision of his dead daughter, stumbles, and impales himself on Kay’s sword. Once captured, the girl expresses terror of Debelzeq. As they continue, they cross a rope bridge where Anna saves Kay from falling to his death. In a forest called Wormwood, Hagamar attempts to murder the girl whose name is Anna so that the men can return home. A pack of wolves attacks and kills Hagamar. Behman blames and attacks Anna. Debelzeq and Felson stop him. At the monastery, everyone is dead. The group locates an ancient book of rituals used to defeat evil called the Key of Solomon. They perform the witch ceremony, but when Anna accurately recounts Behman’s past, Debelzeq realizes the truth. The girl is possessed. While he performs an exorcism, the demon Baal takes its true form, melts the bars of the cage, and fights until splashed with holy water. The demon seeks the book’s destruction. It possesses corpses of the deceased monks in the deadly fight. Many die before the battle ends, and peace is restored. 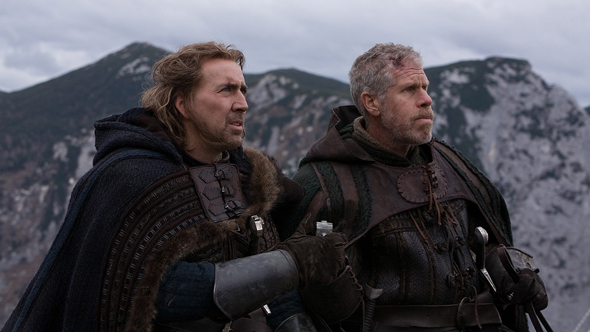 Season of The Witch still

After juggling by studios, Season of the Witch was produced through Rogue Pictures and Relativity Media. After scouting locations in Germany, Poland, and the Czech Republic yielded unsatisfactory results, much of the filming took place in Austria, Hungary, and Croatia, as well as before a studio green screen. To help with authenticity, Tippett Studio researched period woodcuts and art to design the lithe, feminine demon who appears during the battle. To allow for a broader audience, the filmmakers minimized the gore and violence in the storyline, yet Season of the Witch still garnered a PG-13 rating by the Motion Picture Association of America, which cited “thematic elements, violence, and disturbing content.”

To the characters’ credit, though flawed, all of the men accompanying the witch demonstrate the chivalric ideal of self-sacrifice for the common good. Cage described his character as “the first conscientious objector,” deserting the crusade when ordered to murder women and children. The Witch plays coy, exhibiting both an endearing vulnerability and a manipulative cunning. Season of the Witch would have possibly benefited from a greater infusion of humor, but in all, this critically poorly-received film points out the brutality of the crusades and the unfairness of the Witch trials in the fanciful setting. Regardless of what critics said, the film did defy the negative reviews, grossing approximately $92 million worldwide, pleased many viewers, and is still finding an audience five years later. 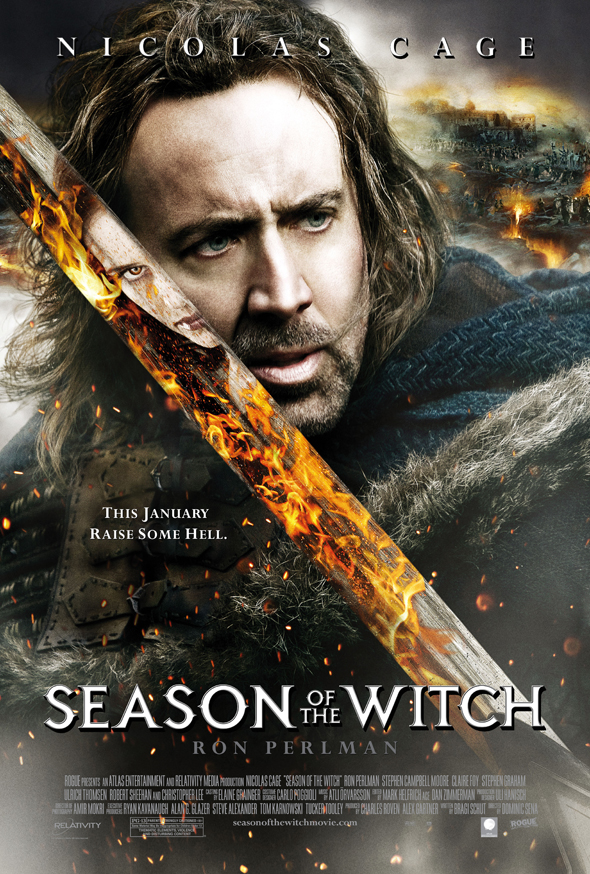 Purchase Season of the Witch on Blu-ray/DVD on Amazon