This week in Horror movie history, on November 13th of 1992, Bram Stoker’s Dracula haunted theaters across the land. Recently, Winona Ryder’s resurgence, starring as a frantic mother in the 1980s-era Science-Fiction-Horror Netflix series Stranger Things reminds viewers that she once was the darling of the ’90s, after mesmerizing audiences in films like 1988’s Heathers and Beetlejuice as well as 1990’s Edward Scissorhands. But, one of the stranger films of the ’90s and the story of its inception is Ryder’s role in the making of Francis Ford Coppola’s hit, Bram Stoker’s Dracula. While meeting with Coppola after her late exit from The Godfather Part III, Ryder brought the script, written by James V.  Hart, to Coppola’s attention.  Coppola’s attraction to the script lay in its sensual and erotic undertones. Some may feel that resulted in the downfall of Coppola and Hart’s adaptation of the 1897 Gothic Horror novel. The biggest disparity between the two is the more fearsome quality to Count Dracula’s character in written form than in the film, which would fit more comfortably into the genre of Gothic Romance. 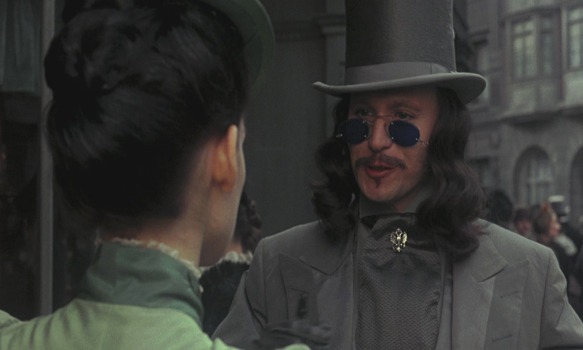 While Coppola and Hart’s take on the novel is arguably one of the most faithful adaptations in the way the film tells the story through various narrators, as the book also does, the film veers away from the book in a marginally big way by changing the Count’s purpose from creating an army of undead in London to finding what he believes is the reincarnation of his dead wife in Ryder’s character, Mina Murray. Love is a crazy thing, and to a certain degree, so is this film. We get a mixed bag in that, while there are some frightful elements to the film, at the end of the day, it is a love story. Aside from the dreamlike quality and storytelling of the film, Coppola and Hart’s decision to focus on romance turned what audiences typically think of as a vicious blood-sucking monster into a man that is just misunderstood. And, in doing so, took a chunk of the horror out of Count Dracula. But, thankfully, Coppola decided to cast the glorious Gary Oldman as the Count.

Before there was an Edward in Twilight, depicting a Vampire as a romantic lead, Gary Oldman did it in a much creepier and cooler way. At least Coppola knew to keep the glitter away. Gary Oldman’s portrayal of Count Dracula is equal parts seductive and weird, mainly because he is shown in two different forms, as an old man that looks more like a grandma with a split beehive hairdo and as a regular “Becky with the good hair” dude with purple sunglasses and a spiffy top hat.

Before Oldman is introduced as either of these incarnations, Hart’s prologue to the Count and Mina’s story show’s Oldman as Prince Vlad Dracula in 15th century Transylvania, returning from a victory against the Turks and learning that his wife, Elisabeta, has committed suicide after receiving a false account of her husband’s death. A heartbroken Dracula then desecrates his chapel and renounces God, vowing to rise from the grave to avenge his fallen princess. After he stabs the chapel’s stone cross with his sword, he drinks the blood that pours out. 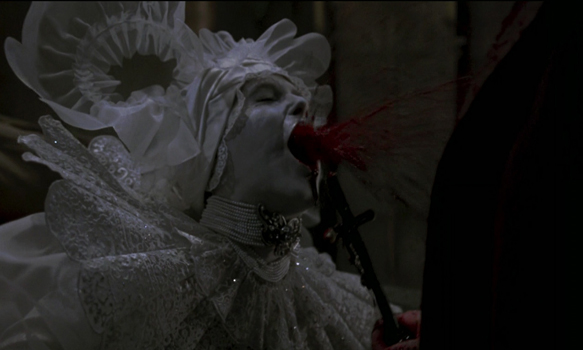 This addition to the story turns it into more of a “Romeo and Juliet” tragedy with a supernatural twist. But, Oldman does not shy away from going over the top with his portrayal of Dracula. He manages to be seductive, frightening, romantic, charismatic, creepy and absurd at the same time.  There is a campiness to how he plays the older Count, as he licks blood from a razor-blade, and then, as the younger form, he is riveting in his seduction of Mina. Vampires are sexy and scary, which are components infused in Oldman’s depiction, most notably in his transformation when feeding as a wolf-like being or when he hangs like a man-bat before dissipating into rats. It is gruesome and equally awesome.

The more enjoyable moments of Bram Stoker’s Dracula are felt through the film’s score, its captivating costume design and visual effects. It is truly beautiful to watch and while Winona Ryder’s waist might look like CGI, in reality, Coppola was adamant about not using any contemporary effects.  Instead, he used antiquated cinematic effects which gave the film a more period-like look and feel. Coppola also invested a large amount of the budget on costumes, which is not only evident in the film, but breathtaking to witness.

Gary Oldman’s armor in the opening of the film looks like exposed muscle and the theme of the devil is evident in not only the red color of the armor but its horns, which also transfers to the old Count, in his horn-like hairdo and long red robe. Another stunning example of true craftsmanship is Lucy’s overly ornate wedding gown as she transitions from an innocent creature to creature of evil. The attention to detail in these respects resulted in accolades for the film including Academy Awards for Best Costume Design, Best Makeup, Best Art Direction/Set Direction, and Best Sound Editing.

Along with these triumphs, the film also contains some great performances from not only Oldman, but also Sir Anthony Hopkins as Van Helsing and Tom Waits as the fantastically sinister Renfield. Unfortunately, Winona Ryder’s performance does not hold up to her peers, but perhaps the biggest failure is Keanu Reeves and his truly bogus journey into the role of Jonathan Harker. Reeves’ British accent in the film is laughably bad and it is difficult to see past that and his wooden portrayal to find him believable in the role. 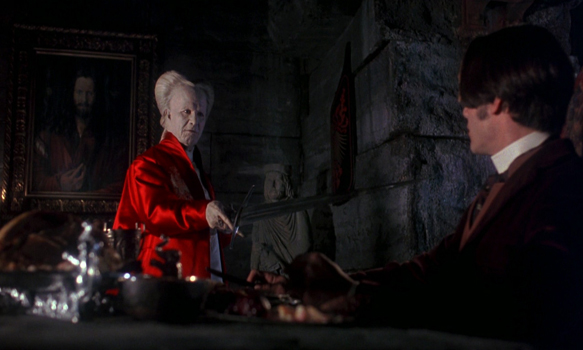 Bad accents aside, Bram Stoker’s Dracula garnered generally positive reviews, if only, in some cases, in response to the look and feel of the film.  Other critics seemed to be won over by Coppola’s choice to depict Dracula as a man with a heart, even if some felt the story uneven. The film was also a huge success at the box office, opening at number one with roughly $30 million and grossing over $82 million domestically, and close to $216 million internationally.

It is not surprising that Coppola’s film was a success. Bram Stoker’s Dracula created a character that audiences have been drawn to for many years, and Coppola added a complexity to the character by breathing more humanity into Count Dracula. Love is an element that has been fed into current adaptations of Dracula as well, with the ill-fated NBC television series as well as the way Dracula was depicted in Showtime’s Gothic Drama, Penny Dreadful. Each personification of the character in recent years has been greatly influenced by Coppola’s interpretation, which paints Dracula as a man in love in addition to a man of seduction and savagery. Yet, Coppola’s decision to make him a hero of sorts rather than the villain only added to his allure. Then again, when fangs are involved, there is always room for a little more Horror. 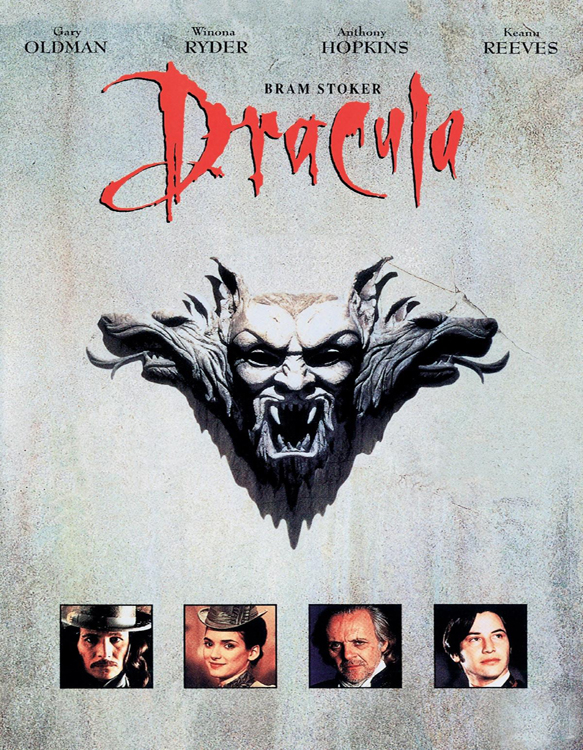