This Week In Horror Movie History – Buffy the Vampire Slayer (1992)

This week in Horror movie history, back on July 31, 1992, Buffy the Vampire Slayer sank its teeth into theaters across the land. Initially attaining moderate box office success and mixed reviews, in the years to follow, it has become a cult classic that set the foundation for a Pop culture phenomena. 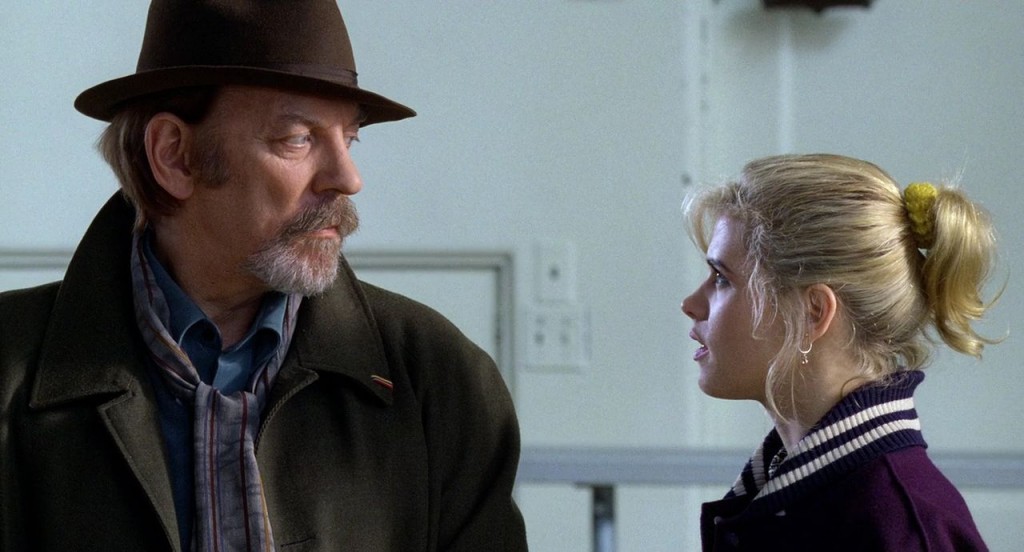 Not many who lived through the ’90s would be unfamiliar with the story of Buffy the Vampire Slayer, but for those who missed it, Buffy Summers is a popular cheerleader at Valley High School. Played by popular actress at the time, Kristy Swanson (Big Daddy 1999, Dude, Where’s my Car? 2000), Buffy’s life revolves around cheerleading practicing, her friends: Kimberly (Hilary Swank: Boy’s Don’t Cry 1999, Million Dollar Baby 2004), and Cassandra (Natasha Gregson Wagner: Urban Legend 1998, High Fidelity 2000), boyfriend, Jeffrey (Randall Batinkoff: Kick-Ass 2010, X-Men First Class 2011), and her pursuit to marry Christian Slater and die. She has her whole life mapped out until she meets a strange man, Merrick (Donald Sutherland: Mash 1970, The Hunger Games series), who starts following her around.

Merrick informs an unbelieving Buffy she has special powers and is one of the chosen ones; Slayers, who are destined to kill all Vampires. He is her designated Watcher, who must train her. Buffy eventually believes Merrick and begins going out at night to train and fight. After some success, eventually she is led into a fight with the local head Vampire, Lothos, (Rutger Hauer: Blade Runner 1982, The Hitcher 1986), and his crony, Amilyn (Paul Reubens: PeeWee Herman, The Blacklist 2014-2015). At the same time, two guys who go to Buffy’s high school, Oliver Pike (Luke Perry: Beverley Hills 90210 TV series, Body of Proof TV series), and Benny (David Arquette: Scream series, Jack and the Never Land Pirates TV show), are attacked by Vampires. Benny is turned, but Oliver is saved and runs into Buffy, thus banging a potential new romance. 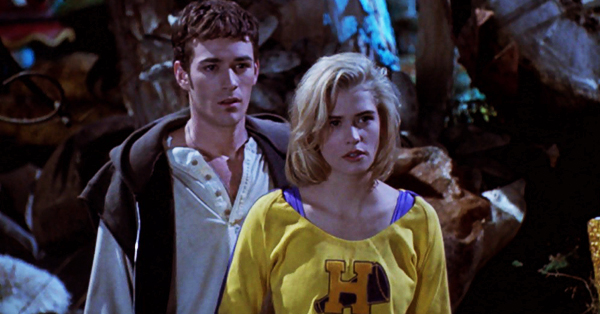 While Buffy’s friends do not understand the changes in her behavior, they drift away while other students go missing, some never coming back, others returning as the undead. As the dead to alive ratio unbalances and the situation escalates, Buffy joins forces with Oliver, and others at the Prom to wreak hell on Lothos and his followers in a battle to save the town, and look good doing it. Buffy succeeds, leading her into a new life as a Vampire slayer, the former one left burning behind her.

Written by Joss Whedon (Buffy the Vampire series, The Avengers 2012), and directed by Fran Rubel Kuzui (Buffy the Vampire series, Angel series), who discovered Whedon’s screenplay, expanded Buffy’s character with him and organized the funding for the film. Together they came up with the hugely popular Buffy the Vampire Slayer story, however, it is a well-known fact it did not meet with Whedon’s image of Buffy and her world. As a result, five years after the film’s release, Whedon wrote and directed the successful cult series, which reflects a darker grittier world of Buffy and her friends. Many aspects changed between the original film and the series, but neither reflects badly on the other, or alters its impact. Despite the differences, they are stand-alone pieces, from different perspectives. Perhaps the television series surpassed the film’s popularity, but one would more than likely not exist without the other.

In 2009 there were rumors of Vertigo Entertainment working with Kuzui on remaking the Buffy film. A year later, Warner Bros. picked up the rights to remake the movie, and was set to release it sometime in 2012. However, the idea of a remake angered fans of the series since Whedon himself was involved and did not have any conformity with said series. As of July 2016, no further developments have been announced about the reboot’s future plans. The series does live on through Comic Books and graphic novels, and the original film has been available on Blu-ray since 2011.

Packed full of puns, and witty one-liners, uncredited future stars such as Ben Affleck, Ricki Lake, and Seth Green, Buffy the Vampire Slayer was a decade defining Horror Comedy. While Perry, Hauer, Sutherland, Reuben, and Swanson were already well-known actors at the time the movie debuted, it sky rocketed Swank’s and Arquette’s careers, as Swank moved on to win two Academy Awards for future work. So if anyone ever needed a reason to revisit this fun film, now is the time to break out the stake and kick some Vampire ass. 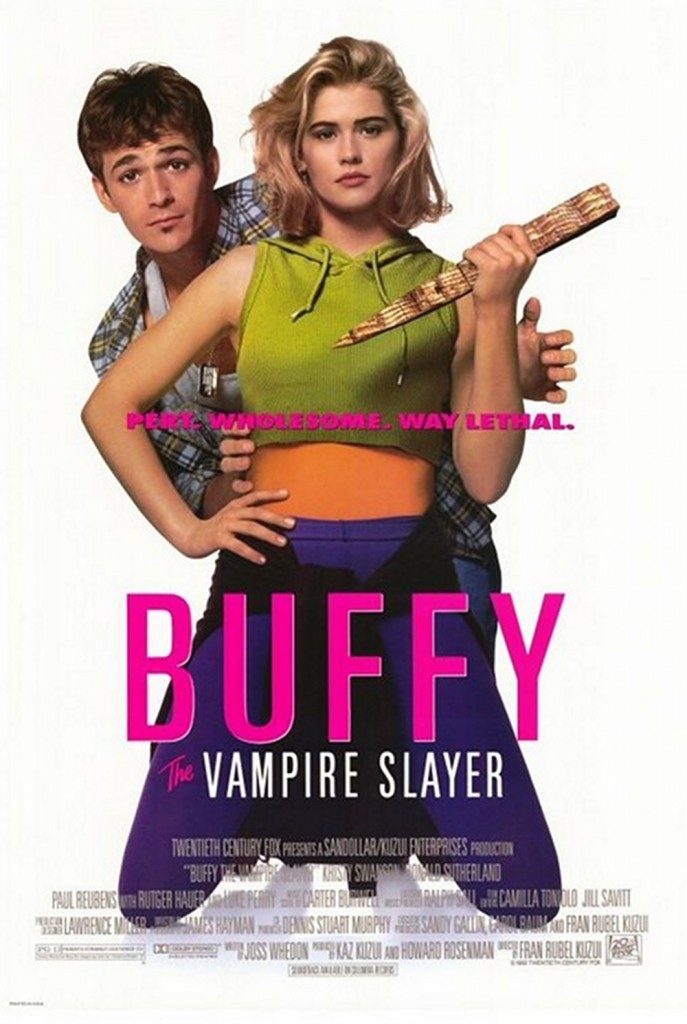 Purchase Buffy the Vampire Slayer on Blu-ray/DVD on Amazon