This week in Horror movie history, Deadly Friend was released on October 10, 1986 through Warner Bros. One of the late Director Wes Craven’s (Last House on the Left 1972, Nightmare on Elm Street 1984) least known films, Deadly Friend was produced by Robert M. Sherman (Scarecrow 1973, Night Moves 1975). The script, which was based on the book Friend by Diana Henstell, was written by Bruce Joel Rubin (Jacob’s Ladder 1990, Ghost 1990) to go along with music composed by Daytime Emmy Award winner Charles Bernstein, who had previously worked with Craven on Nightmare on Elm Street. Propmaster Peter Albeiz (Spaceballs 1987, Se7en 1995) was in charge of special effects. 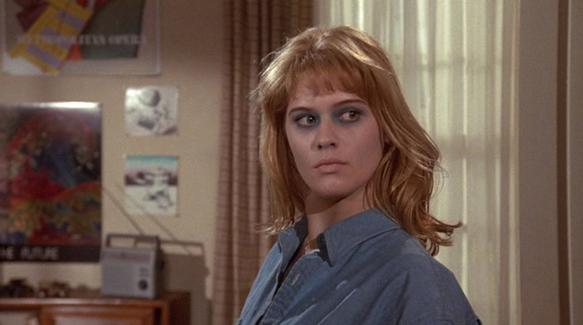 The film stars a 16-year-old Kristy Swanson (Flowers in the Attic 1987, Buffy the Vampire Slayer 1992) and Little House on the Prairie’s Matthew Labyorteaux in his last appearance in a theatrical film, while Charles Fleischer (Who Framed Roger Rabbit? 1988, A Nightmare on Elm Street 1984) did the voice of the movie’s robot, BB. Deadly Friend was mostly filmed at the Warner Bros. Burbank Studios, although a few exterior shots were filmed at the University of Southern California in Los Angeles.

Craven has said that, although Samantha/BB are not human, they are not the monster in this film. “The scares don’t come from her, but from the ordinary people, who are actually much more frightening – A father who beats a child is a terrifying figure. That’s the one person you’re afraid of in the movie…the idea is along the lines that adults can be horrible, without being outside what society says is acceptable.” As a matter of fact, the director’s initial idea was for a Supernatural Sci-Fi Thriller with a dark, macabre, romantic love story bend to it, more like John Carpenter’s 1984 Sci-Fi/Fantasy hit movie Starman, rather than a straight-out Horror, but initial screenings to Craven fans got a huge negative response, with watchers criticizing the lack of violence and gore seen in Craven’s previous films. 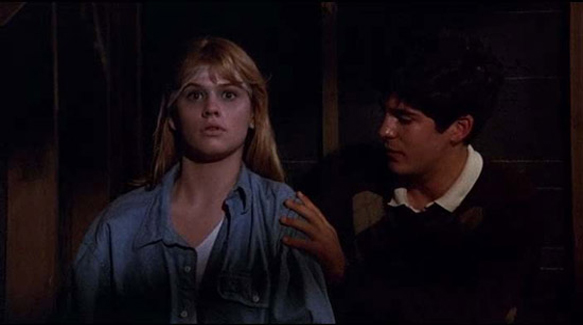 The president of Warner Bros. at the time, Mark Canton, demanded Rubin write six additional gore scenes into his script, each bloodier then the last. Before he knew it, Craven’s heartfelt film was turned into a gory Horror movie. Eventually, both Craven and Rubin disowned the film, which goes a long way toward explaining its lackluster reception from Horror fans. Canton was also in charge of the decision to reshoot the nonsensical ending, and even though fans mostly hated it and blamed both the director and the screenwriter, Rubin has said since that his time working with Craven was one of the happiest production experiences he had ever had.

After the upheaval by Canton at Warner Bros., Deadly Friend went from being a PG Sci-Fi love story to nightmarish gorefest that had to be submitted to the MPAA a total of thirteen times before it finally got an R rating. To make room for the new, the film was censored heavily by the MPAA. Samantha’s nightmare about killing her father, death scene of Samantha’s father, aftermath of his death scene, and death scene of Elvira were all cut. 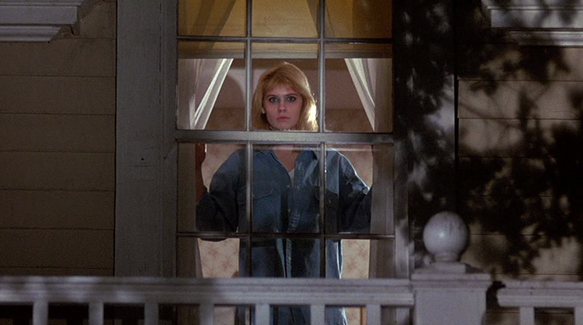 An uncut version was restored on the DVD release from the Twisted Terror Collection released by Warner Bros. on September 25th, 2007. Although critical and financial failure at the time when it was released, over the years, Deadly Friend has become a cult movie and garnered a fan following. While fans have been clamoring for the release of Craven’s original version in a special edition, Warner Bros. currently has no plans to release the director’s cut of Deadly Friend. In April 2014, an online petition for the release of the original cut was made. Fans suggested that both versions (the theatrical cut and the original director’s cut) should be released in a special edition by Shout!/Scream Factory, this has still not come to be. So while the film was panned by critics, it seems, after all these years, there is still a niche audience who adore it. 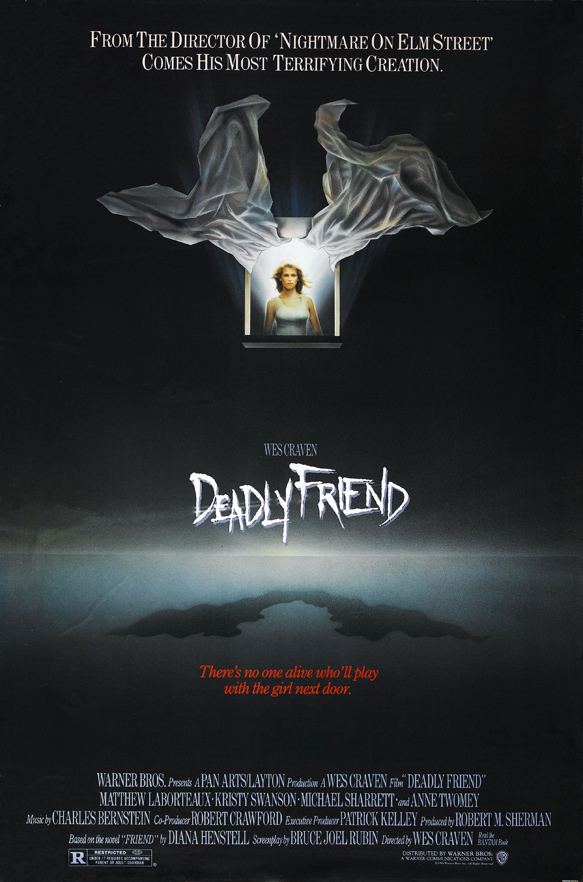