This week in Horror movie history, back on August 30th of 2002, Feardotcom hit theaters late in the summer with high hopes of success. Directed by William Malone (Scared to Death 1981, House on Haunted Hill 1999) and co-produced by Limor Diamant (The Body 2001, Husk 2011) alongside Moshe Diamant (Timecop 1994, The Black Dahlia 2006) from a script written by Josephine Coyle, Moshe’s Feardotcom plot attempted to capitalize on the dot com craze taking the world by storm during late ’90s entering the early ‘2000s. Sadly, the film is considered one of the biggest box office bombs of the new millennium, but without a doubt is warranted talking about all these years later. 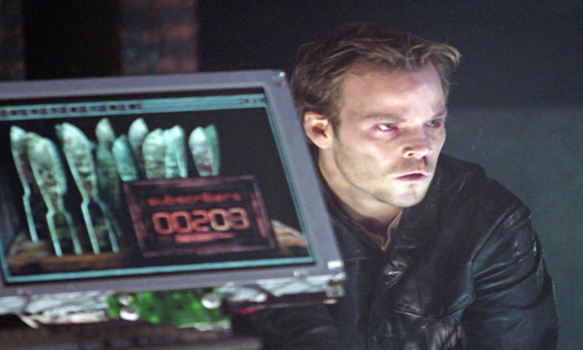 The story follows NYPD Detective Mike Black Riley (Stephen Dorff: The Gate 1987, Blade 1998), who is investigating a death in the subway of victim Polidori (Udo Kier: Suspiria 1977, Blade 1998). A death the likes of which he has never seen, his partner, Department of Health Researcher Terry Huston (Natascha McElhone: Ronin 1998, Californication series), has also taken an interest in the death. Her interest develops more so as more bodies show up with the same kind of trauma.

A movie with a ton of promise, Feardotcom fell short in a list of ways. Wanting to making the film that much more effective, when going into pre-production, the crew actually wanted to purchase the domain for fear.com, but were turned down, hence the title Feardotcom. This minor aspect actually could have made a world of difference in the film’s success. Perhaps actually having the rights to the domain fear.com would have sincerely terrified some viewers, plus it would have been a fantastic marketing campaign. 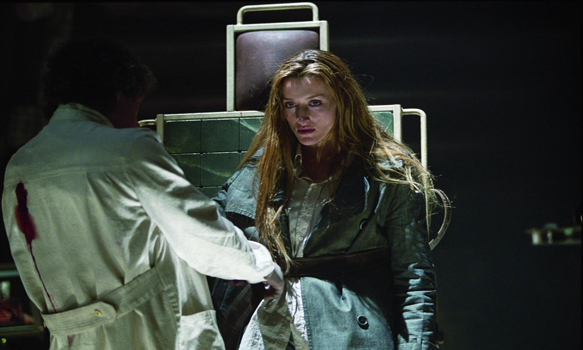 Produced in Canada and Dommeldange, Luxembourg on an estimated budget of $42 million, enabled them to keep costs low by using Canada to stand in for New York, plus, they recycled sets from 2001’s Musketeer production. As stated, an idea with promise, Malone wanted to meld science and spirituality, which according to most critics, was hard to decipher. However, visually, they gave Malone kudos for his choice of color palette along with some of his flash edits. When casting, Malone had eyes for Dorff, who had scored big as the treacherous Frost in Blade a few years later. Interestingly, his part in that film saw him kill Udo Kier’s Dragonetti character. In addition, despite thinking the plot a mess, critics and viewers alike thought Dorff’s Riley was very good.

Other contributing factors to its overall box office failure, the film went through extensive cuts just to attain an R rating from the dreaded, unmarketable, unwatchable in mainstream theaters NC-17 rating.  Although, critics quickly pounced on it for its shredded story, it is still excessive violence, gore, and nudity. It wound up making a fraction of its budget with a worldwide take of approximately $18.9 million. The websites; Rotten Tomatoes, Metacritic, and the Internet Movie Database, gave the movie a 3% “Rotten” rating, a 16%, and a 3.3/10 respectively. Insult to injury, Feardotcom won the unwanted award for Worst Film at 2003’s Dallas/Fort Worth Film Critics Association Awards. 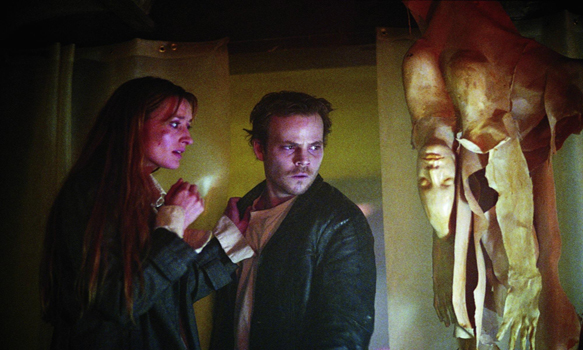 All negativity surrounding, Feardotcom’s theatrical cut was released on DVD January 14th of 2003, and there has never been word of a directors cut all these years later. There is no doubt some inquiring minds would love to see what that original cut was. Who knows, maybe someday it will happen, or perhaps that ship has sailed. Over the years, Feardotcom has stayed in Pop culture’s eye with little references showing up in films such as 2005’s Film Geek with the video case in a store, the 2009 video The Hills Run Red, and the 2013  episode of the series Phelous & the Movies. Most of all, many seem to forget, regardless of how Feardotcom is viewed, it laid the groundwork for Torture style Horror films that became popular a few years later with the Saw and Hostel series. For better or worse, Feardotcom is remembered and rightfully has earned its place in Horror cinema history, leading the way for the future of the genre. 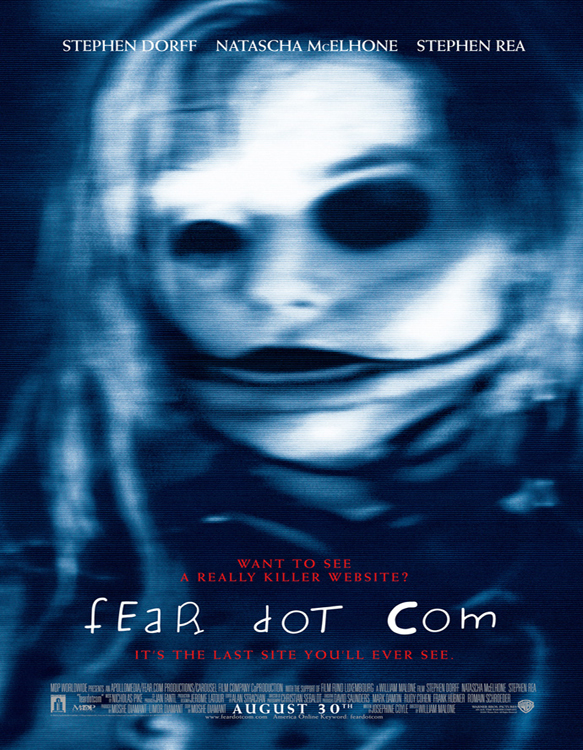 Purchased Feardotcom on DVD on Amazon