This Week in Horror Movie History – Flowers in the Attic (1987)

This week in Horror Movie History, on November 20th, 1987, Flowers in the Attic was released in movie theaters across the country. Jeffrey Bloom (Blood Beach 1980) was both screenwriter and director, with music by Christopher Young (Hellraiser 1987) and Sy Levin and Thomas Fries acting as producers. This psychological horror starred Louise Fletcher (One Flew Over the Cuckoo’s Nest 1975), Victoria Tennant, Jeb Stuart Adams, Ben Ganger, Lindsay Parker and the original Buffy the Vampire Slayer, Kristy Swanson. Wes Craven had originally been engaged to direct, but when producers read his disturbing script, they cut him loose and hired Bloom to take over. 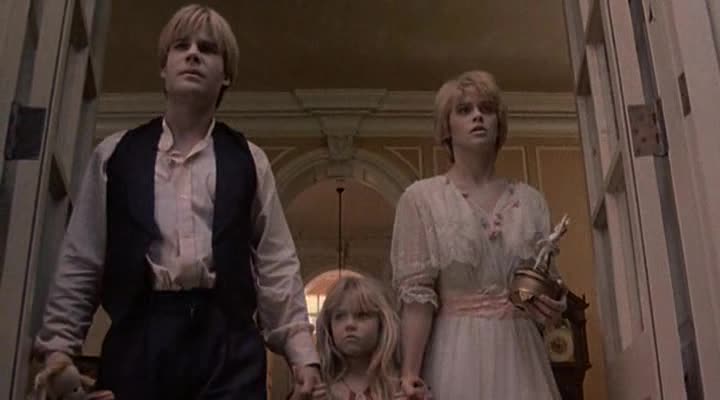 Any kid worth his or her salt knew who V.C. Andrews was in the ’80s. Her 1979 novel was filled with taboos and sex that the pre-Internet generation couldn’t find anywhere else. Her easily accessible book was more than one kid’s introduction to the deviances of sex. While the 1987 film avoided most of these prohibitions, the surreal and antagonizing story itself was left intact, and young fans of Flowers in the Attic the book were left with a PG-13 rendition that was both appropriate and unseemly at the same time. Although never actually shown, the undercurrent of incest in Flowers in the Attic is there, from the marriage of Corrine to her uncle and the older children sleeping in the same bed, to the unusually strong attachment between both Cathy and Corrine to their fathers.

The story begins with the Dollanganger family reeling after losing Patriarch Chris Sr. in a terrible car accident. Having nowhere else to turn, mother Corrine (Tennant) crawls back to her wealthy parents’ mansion, begging for forgiveness for committing a gross sin – she married her father’s brother, her own uncle. The children, a byproduct of this union, will never be accepted by their sickly grandfather, so the plan is to hide them away in a back bedroom room until he dies. In the meantime, Corrine will work her way back into her father’s will, which will leave the blonde, well-dressed Dollanganger family extremely well off. From the beginning, Bible toting Grandmother (Fletcher) makes it clear that the children mean as much to her as the shit on the bottom of her shoe, barring the windows closed and beating them into obedience. When Corrine tells the older children, Chris, Jr. (Adams) and Cathy (Swanson) about a secret passageway from their room that leads into a huge attic for the twins’ playroom, it becomes clear their stay in their grandparents’ mansion is going to be a long one. They clean, organize and eat the food that Grandmother brings to them, including some sweet sugar cookies. Chris finds books to feed his pre-med mind, Cathy practices her ballet at one of the many old mirrors, and the twins, Cory (Granger) and Carrie (Parker) make paper flowers for the attic walls to create an outside feel to their dank existence. Months go by, and a rare visit from their mother has the kids pondering her sincerity about their situation. Not ones to be shy, the siblings have no reservations about seeing each other naked. Although it is innocent, Grandmother catches Chris talking to Cathy while she’s in the bathtub. He chases her out, but as retribution, Grandmother chops off Cathy’s long hair while the other siblings are locked in the attic. 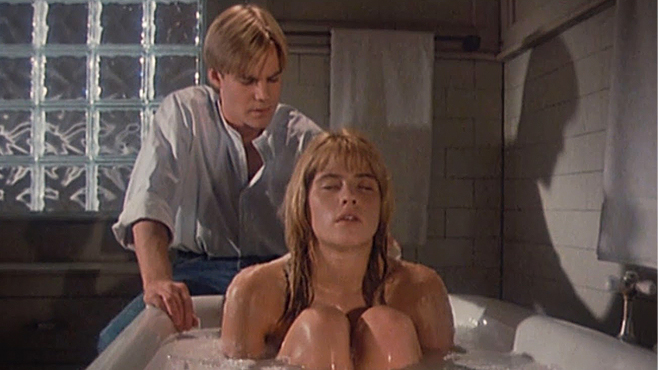 On the day of their mother’s first date with the handsome Bart Winslow (Leonard Mann), food stops being delivered to the hidden bedroom. As they starve, little Cory gets deathly ill, and Chris does the only thing he can think of to save his brother – he opens a vein and feeds the little boy his own blood. As they starve, Corrine attends parties and goes on trips. When the food returns, so do the mysterious sugar cookies. Even though they are eating again, Cory continues to get sick. Surprisingly, a plea to Grandmother gets her to force Corinne to bring him to the hospital, where she later coldly announces that Cory has died and has already been buried. The gardener is shown digging not one grave, but four. When Cory’s pet mouse also dies, Chris realizes that the sugar cookies Cory fed him were poisoned with arsenic. The cookies they had been eating the entire time were not treats, but death. Chris and Cathy finally decide to take Carrie and leave, their mother and her money be damned. When Chris sneaks out into the house to find some traveling money, he overhears his mother and her now fiancé, Bart Winslow, planning a wedding for the following day. As the morning sun rises, the sugar cookies are being prepared before being brought upstairs for the children’s breakfasts, but rather than the heartless grandmother dusting them with arsenic-laced sugar, it is a stone faced Corrine. The remaining siblings hide when the meal is delivered by Grandmother and Chris knocks her out with a table leg. As they are making their escape, they decide to let Grandfather know of their existence and screw their mother out of her money. They find his bedroom empty. There is no telling how long the children had been locked away since his death. They also find a copy of his will, explaining that if Corrine had ever been found to have had children with her Uncle/husband, then she would loose all of her inherited money. The last piece has finally clicked into place. The children now know that their mother had never intended to let them out of their attic prison, and has only been waiting for them to die so she could start her new life with Bart. They confront her at the wedding ceremony, where she denies everything, including the fact that she is their mother. Cathy shoves the poisoned cookie into her mother’s face, screaming, “Eat it!” Corrine backs away, falls over a balcony and dies, hung by her own bridal veil caught in the trellis. The children finally leave the house and a voice over from an adult Cathy informs us that they did, in fact, make it on their own. 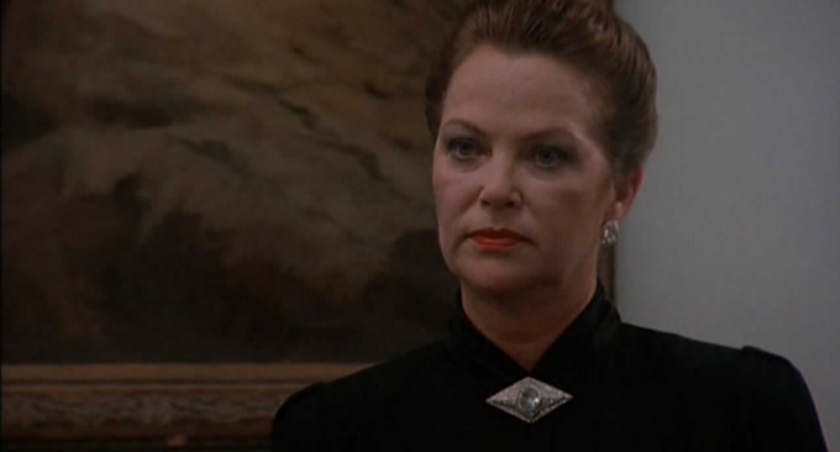 Filmed in mostly Ipswitch, MA, Flowers in the Attic was not very well received by critics or the box office. Rotten Tomatoes only gives the film a 14% fresh rating, and the movie made a mere $15 million in theaters. The DVD was released in April, 2001 with a movie poster insert that portrays Hilary Henkin as the screenwriter and Wes Craven as the director – a rare glimpse of what could have been. Although mostly panned by critics, Kristy Swanson won a Young Artist Award in 1989 for her portrayal of Cathy, while in 1988, Louise Fletcher was nominated for a Saturn Award for her performance as the Grandmother. Another adaption of Flowers in the Attic was shown on Lifetime in 2014, with Heather Graham playing Corrine and Ellen Burstyn as Grandmother. Although author V.C. Andrews died before the movie was released, you might catch her cameo, washing the windows in the big mansion. Wonder what she thought about the Craven script? 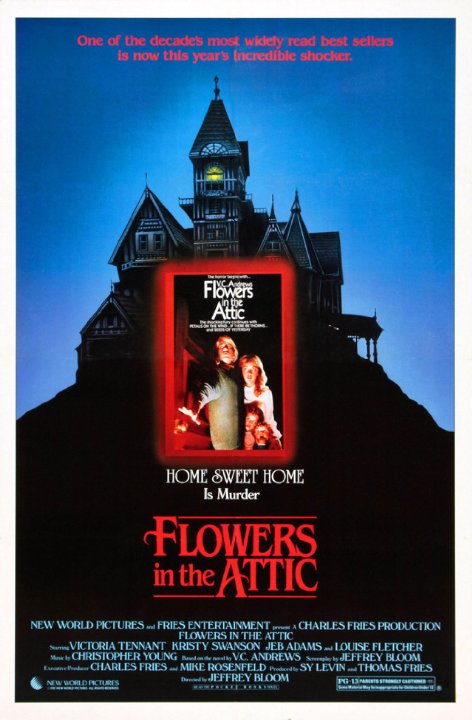