This week in horror movie history goes back to August 28th 1981 when Hell Night was released in movie theaters across the USA.  Independently released, the film was directed by Tom DeSimone, featured horror star Linda Blair, and executive production from Chuck Russell who went on to direct  A Nightmare on Elm Street 3: Dream Warriors (1987),  The Blob (1988) and, The Scorpion King (2002). Alpha Sigma Rho president Peter Bennett (Kevin Brophy) decides to haze college freshman Marti Gaines (Blair), Jeff  ( Peter Barton), Seth (Vincent Van Patten), and Denise (Suki Goodwin). He forces them to stay in the historic Garth Manor until sunrise, as their initiation, where twelve years prior, to the day, a family massacre took place. The previous owner is accused of slaying his wife and his four deformed children, then hanging himself. Only three of the four children were found, the youngest, said to be the most deranged, was never recovered.  The now abandoned manor, is said to have a survivor still living on the estate. 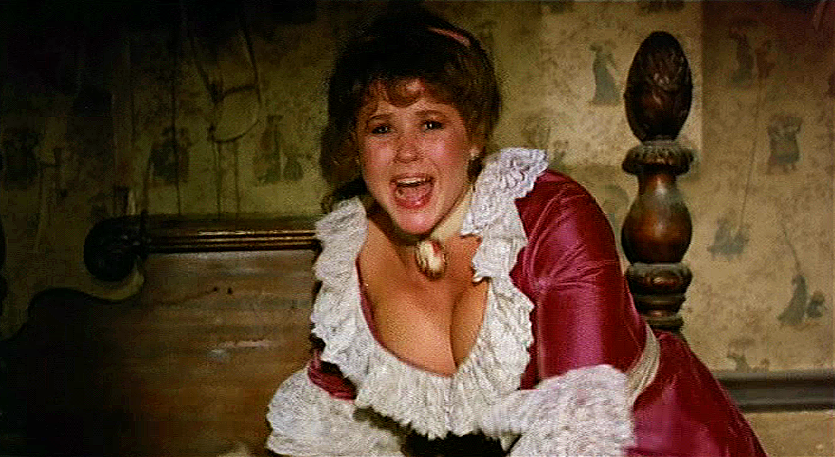 Grossing an estimated $2,300,000 the film was a great late summer edition to the horror offerings of 1981.  Hell Night also features some gruesome graphics which often go under the radar such as an ax taking someone’s head clear off and another poor soul’s neck broken by twisting it 180 degrees. The film also includes subtleties like the scene where Marti and Jeff lock themselves in a room with a pitchfork thinking they are safe, just for the viewer to see a dark shadow rise from the floor without the two of them even taking notice. Thus showing that the monsters are always watching and giving this film an even more eerie feeling. Steering clear of some typical 80’s horror cliches such as nudity, wild sex scenes, and typical college partying, Hell Night keeps true to old-fashion style scaring with the characters’ clothes on. 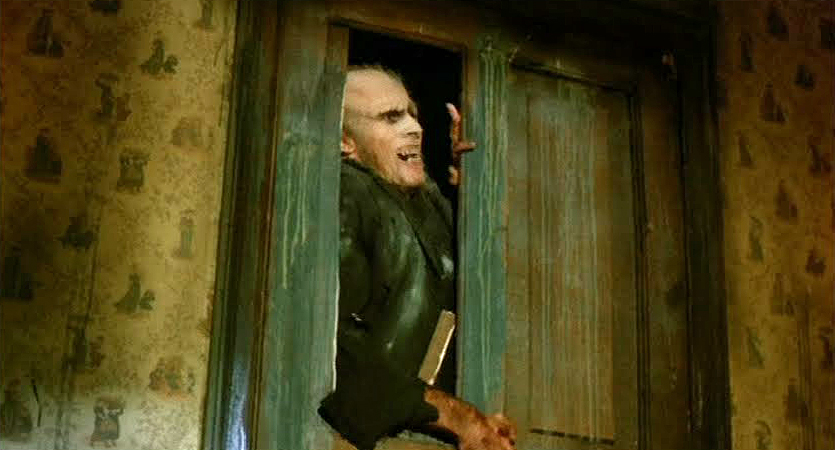 While Blair may have been nominated for a Razzie Award for worst actress for her role, she does a fine job portraying Marti as an innocent, beautiful, but strong teenage girl.  Underrated and overlooked the twist and turns of Hell Night will not leave the newer generation of fright fans disappointed as they pop this into their DVD player on a late Saturday night. 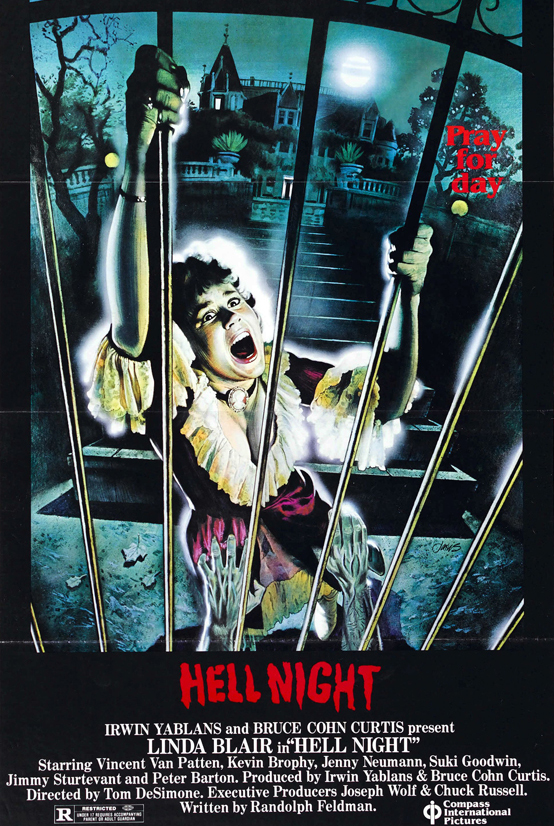 Purchase a copy of Hell Night on DVD on Amazon here