This week in Horror movie history, House of Wax opened in theatres on May 6, 2005 through Warner Bros., Village Roadshow Pictures, and Dark Castle Entertainment. The debut film of Director Jaume Collet-Serra (Orphan 2009, Unknown 2011), this remake of the 1953 Andre De Toth classic (which was actually a remake of Michael Curtiz’s The Mystery of the Wax Museum 1933) was written by twin brothers Carey and Chad Hayes (The Reaping 2007, The Conjuring 2013) and produced by Robert Zemeckis (Back to the Future 1985, Tales from the Crypt TV series), Joel Silver (Predator 1987, Die Hard 1988), and Robert Downey, Jr.’s wife, Susan Downey (Sherlock Holmes 2009, Iron Man II 2010). 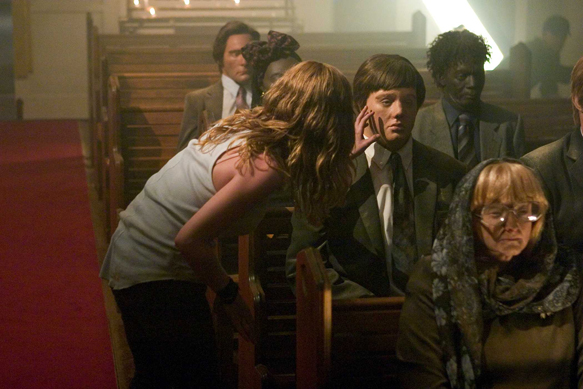 The film tells the story of Carly Jones (Cuthbert), her brother Nick (Murray), her boyfriend Wade (Padalecki), her best friend Paige (Hilton), Paige’s boyfriend Blake (Robert Ri’chard), and Nick’s friend Dalton (Jon Abrahams), who are on their way to a football game in Louisiana. After a creepy visit at their campsite, they realize one of their cars has a broken fan belt. A strange, backwoods guy named Lester (Herriman) offers to drive Wade and Carly to town while the rest continue on to the game. Once there, the couple stumble upon an active funeral in a local church, and despite the fact that they disrupted the service, mechanic Bo (Van Holt) promises to help them out. Wade and Carly visit the town’s wax museum as they wait. Later, at Bo’s house, Wade is knocked out by Bo’s brother, Vincent (also Van Holt), while Carly is dragged off by Bo to the gas station’s basement. 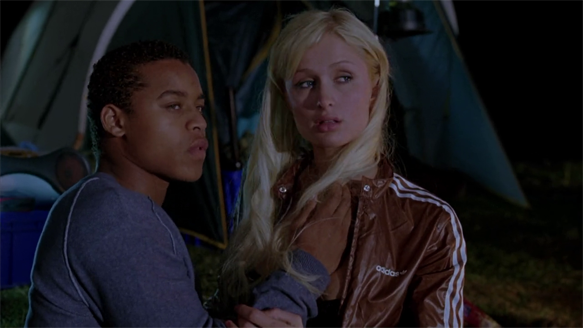 Still on the road, the other four realize they are going to miss the game anyway, so they turn around. Nick asks around at the gas station for his friends, not noticing Carly’s finger frantically trying to get his attention through a grate in the ground. Bo notices, though, and snips it off before Nick can see. When Carly tears her glued lips apart and screams, Nick comes to her rescue. Meanwhile, Dalton finds the still living Wade already covered in wax, and in a horrific scene, realizes that pulling the wax off also peels his friend’s flesh from his face. Vincent finds them, kills Wade with a machete hack to the face and decapitates Dalton. Outside, Nick and Carly realize that the funeral is actually populated by wax figures and that, inside those figures, are other travelers that the two brothers have murdered over the years. Back at the campsite, Vincent kills Blake with a knife to the neck and chases Paige down to an abandoned mill, and in one of the most iconic death scenes ever, javelins the girl’s own weapon at her, stabbing her through the forehead with her abandoned, rusty pipe.

The brothers chase Nick and Carly to the House of Wax and exposit that Bo is the “bad guy” brother while Vincent is the “good guy” brother. After a chase, Carly finds a baseball bat and kills Bo while Nick accidentally sets the entire House of Wax on fire. As both the wax figures and the house melt in the heat, a showdown between Vincent and the two survivors leaves Vincent being stabbed and thrown through a hole in the roof. The couple struggle through the melting building and escape. Later, the cops come. Nick and Carly learn from them that Bo and Vincent had another brother just as they see Lester waving at them from outside the ambulance. 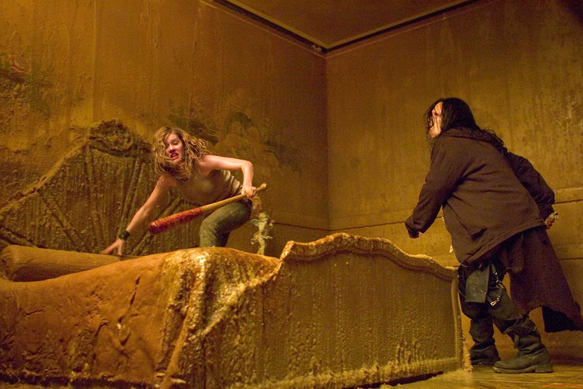 During filming, Elisha Cuthbert was a real trooper. She not only trudged across and got stuck in a set of melting wax – AKA peanut butter – she also insisted that they really glue her lips together when filming the scene under the gas station. The melting wax museum became a reality when a knocked over special effects candle started a fire that burned down the entire set at the studio at Warner Bros. Movie World in Queensland, Australia, resulting in destruction of property, delays in filming, and a civil suit between the studio and the special effects company that had set up the lit candle beneath wooden crossbeams. Paris Hilton had a sense of humor about her death in the film, and before the movie released, asked Warner Bros. if she could sell t-shirts that said, “On May 6th, Watch Paris Hilton Die.” Permission was granted.

This film actually reads much closer to a remake of 1979’s Tourist Trap in plot and style, with the elements of the wax museum and the title of the 1953 film as more secondary in nature. A B-list movie with an A-list cast and crew, House of Wax split the awards ceremonies right down the middle, with a nomination for Golden Raspberry Awards for Worst Picture and Worst Sequel or Remake for Producers Zemeckis, Silver and Levin, while that same year, the film won two Teen Choice Awards for Best Horror Film and Best Actor: Action/Adventure/Thriller for Chad Michael Murray. Paris Hilton also snagged a Teen Choice Award for Best Scream and an MTV Award for Best Scared-As-Shit Performance while also taking home the Golden Raspberry Award for Worst Actress. Critics at Rotten Tomatoes only give House of Wax a 25% fresh rating, yet despite the supposed rottenness of the film, it more than doubled its budget of $30 million at the Box Office. Whether you are a fan of the movie or not, watching the film is always enjoyable, even if only for the crowd-cheering, t-shirt-selling death of hotel heir Paris Hilton. 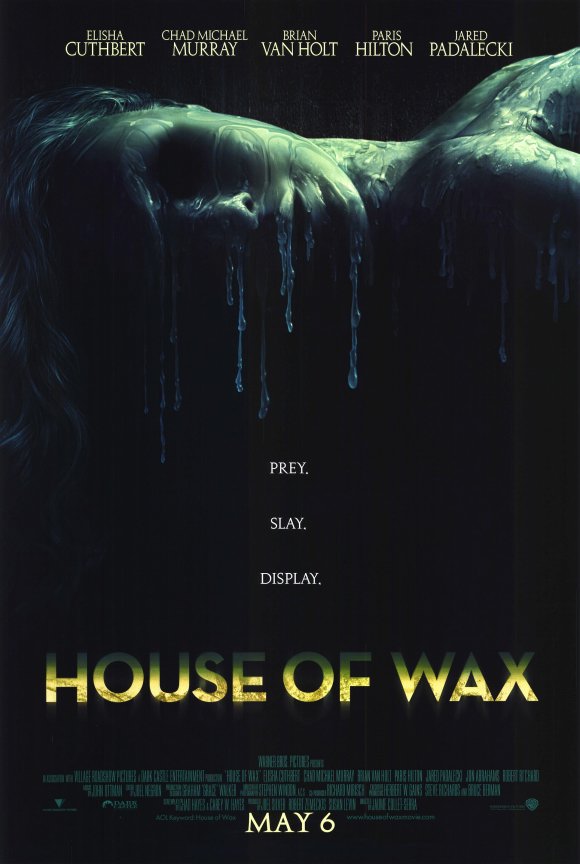 Purchase House of Wax on Blu-ray/DVD on Amazon