This Week in Horror Movie History – Interview with the Vampire (1994)

This week in Horror movie history, Interview with the Vampire: The Vampire Chronicles was released on November 11, 1994 via Geffen Pictures. Neil Jordan teamed back up with Producer Stephen Woolley for the first film since their Oscar win for The Crying Game in 1992. Music magnate David Geffen also produced. The haunting score was composed by Academy Award winner Elliot Goldenthal (Frida 2002, Across the Universe 2007). Special effects guru Stan Winston (Aliens 1986, Terminator 2: Judgement Day 1991), also an Oscar winner, headed all of the film’s special effects through a team of FX engineers. Although Anne Rice is credited with writing the screenplay for her eponymous 1976 novel, the actual script was written by Jordan. 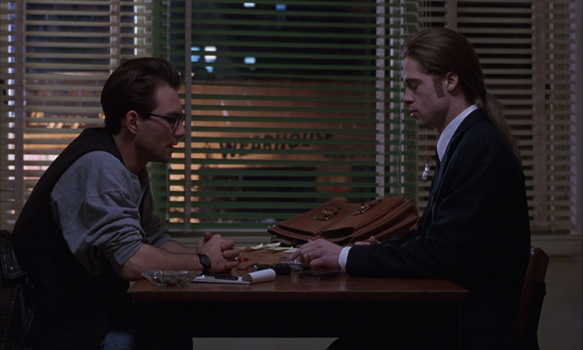 Interview with the Vampire plays like a Who’s Who in Hollywood when one is reading the cast list. Although not A-listers at the time, Brad Pitt, Kirsten Dunst, Antonio Banderas, Stephen Rea, and Thandie Newton joined superstars Tom Cruise and Christian Slater on a trip through time and agelessness. Before this cast was nailed down, Rutger Hauer, Johnny Depp, Tom Hanks, Daniel Day-Lewis, John Malkovich, Peter Weller, Alexander Godunov and John Travolta were in the running to play Lestat, while Christina Ricci, Dominique Swain, Julia Stiles, Erin Moore, Natalie Portman and Evan Rachel Wood auditioned for the role of Claudia. Sadly, Slater was not the first choice to play interviewer Daniel Malloy – River Phoenix had been signed on to the film but the part was given to the Heather‘s alum after the teen heartthrob’s death by accidental overdose outside The Viper Club in LA. Slater ended up donating his entire estimated $250,000 salary to two of Phoenix’s favorite charities in remembrance.

The makeup experience was an ordeal of its own for the cast and crew of Interview With the Vampire, taking as much as three and a half hours a day for each character. All of the actors playing Vampires had to hang upside down for a half hour at a time to get the blood to rush to their heads and force their veins to bulge, giving the makeup artists true lines to follow to create the translucent-skinned Vampire look. Unfortunately, what goes up must come down, and once the blood drained back into the body, the actors would have to flip over once again. To keep the makeup effects secret from prying eyes, Cruise optioned for and got a private set, complete with tunnels to and from the makeup trailer. 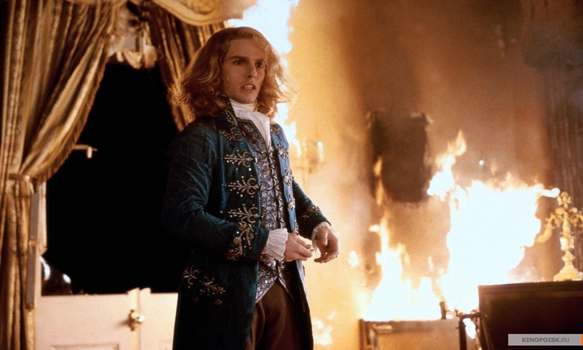 Often misquoted as Interview with A Vampire, Interview with the Vampire begins in modern day California as reporter Daniel Malloy (Slater) interviews Louis de Pointe du Lac (Pitt), a man claiming to be a Vampire. Louis explains that he was once a wealthy plantation owner living in Louisiana during the late 18th century, but after the deaths of both his wife and child, lost the will to live.

When he is attacked and confronted by the Vampire Lestat de Lioncort (Cruise), Louis admits his depression and dissatisfaction with life and welcomes Lestat’s offer to turn him into a creature of the night. Louis quickly regrets his decision when he realizes he needs to feed on blood, so rather than kill people, he lives off of animals. When he finally succumbs to his bloodlust and kills his slave, Yvette (Newton), his guilt drives him to burn his plantation to the ground in an attempted suicide. Saved by Lestat, the two flee.

Later, a plague sweeps through New Orleans. Louis happens upon a little orphaned girl named Claudia (Dunst) and turns her, giving himself the Vampire daughter he never had. Unfortunately for them all, Claudia’s mind matures over the years, but her body remains that of a 12 year-old girl. In her frustration, she teams up with Louis to slaughter Lestat and escape his clutches, fleeing to Europe. In Paris, the two meet Armand (Banderas) and Santiago (Rea), two Vampires from the Théâtre des Vampires coven who perform Grand Guignol-type shows for naive humans. Now that they had finally escaped Lestat, one might think that Louis and Claudia were home free, able to live their “lives” as they wished. Unfortunately, fate had other plans for them. 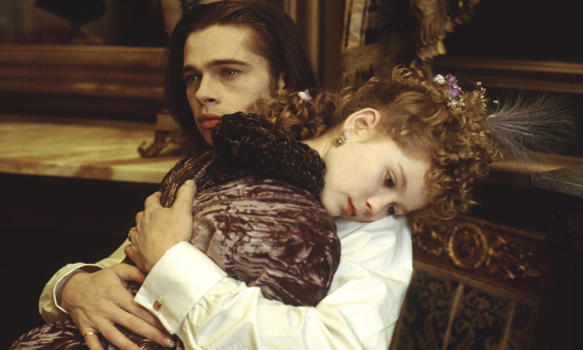 As of 2016, Interview with the Vampire is the highest grossing R-rated Vampire flick ever, making more money than Fright Night (1985), The Lost Boys (1987), and From Dusk Till Dawn (1996) combined and raking in over approximately $223 million dollars at the box office. Strangely enough, the film was nominated for a total of two Academy Awards: Best Art Direction/Set Decoration for Dante Ferretti, Francesca Lo Schiavo and for Best Original Score for Goldenthal, as well as a Razzie Award for Worst Screen Couple for Tom Cruise and Brad Pitt. Although not a direct series sequel, a film adaption of The Queen of the Damned was released nearly a decade after the first film (the second book in the Vampire Chronicles’ series, The Vampire Lestat, was more or less ignored in favor of the third book). Author Anne Rice hated the sequel and begged the studio not to produce it. That, combined with the fact that Cruise and Pitt did not reprise their roles at Lestat and Louis, made for a rather unpopular film.

Recently, a new film adaptation written by Josh Boone has been announced, with Jared Leto hand picked to play the role of Lestat. As of today, no other official word has been given on this rumored reboot. Nonetheless, those in the mood to watch Interview with the Vampire can find LaserDisc, DVD, and Blu-ray versions of the film, so be sure to hunt it down! 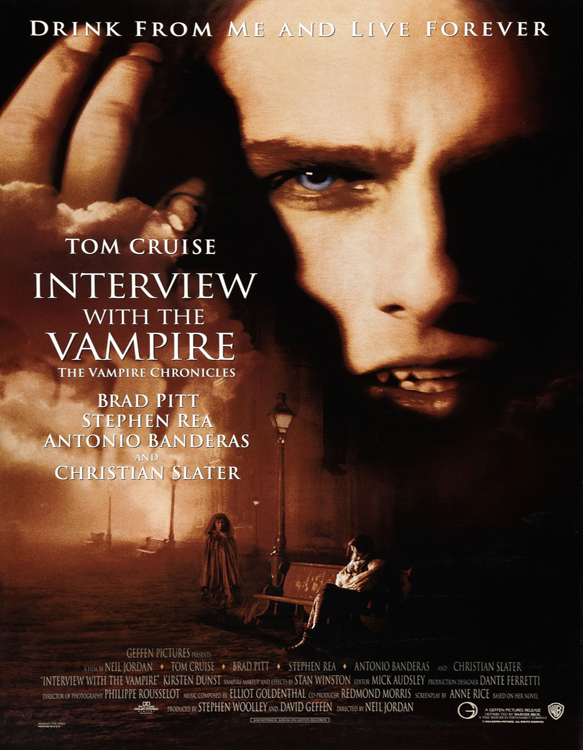 Purchase Interview with the Vampire: Amazon