This week in Horror movie history, on November 19, 1993, Man’s Best Friend was taking a bite out of audiences. Released via New Line Cinema, it was written/directed by John Lafia (Child’s Play 2 1990), produced by Robert Engelman (Leatherface: Texas Chainsaw Massacre III 1990, Blade 1998) and features a soundtrack composed by the late Joel Goldsmith. With a cast of veteran actors and actresses such as Ally Sheedy (The Breakfast Club 1985, X-Men: Apocalypse 2016), Lance Henriksen (the Alien franchise), Robert Costanzo, and Voice Actor Frank Welker (Transformers TV series 1984-1987), Man’s Best Friend had plenty of star-power in head to attach an audience. Released upon the precipice of the holiday season, and the same weekend as Adams Family Values, Man’s Best Friend was moderately successful at the box office, but developed a cult status among Horror fans in years since. 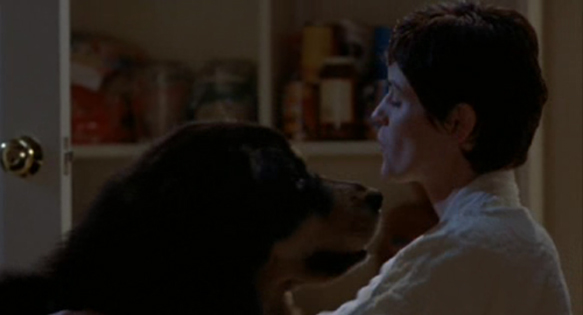 Promoted with clever taglines such as,”He’ll bite the hand that feeds him…And then he’ll eat the rest,” the story revolves around Max, a rescued lab Tibetan Mastiff, now living with Investigative Reporter Lori Tanner (Sheedy) and boyfriend, Perry (Fredric Lehne: Con Air 1997, Zero Dark Thirty 2012). Seeming relatively normal, however, Max manifests some ultra animalistic and human characteristics like jealousy with a bent for the kill. Now a danger to all, Dr. Jarret (Henriksen), who owned Max at the lab, will stop at nothing to get him back.

At least five different dogs were used to play Max during the three month shoot while puppets created by famed special effect artist Kevin Yagher were used for other sequences that could be hazardous to the dog while the human cast brought their A-game in their respective roles…especially when getting attacked by Max. Cinematographer Mark Irwin’s (Scanners 1981, Wes Craven’s A New Nightmare 1994), set up was done to specifically optimize the feeling of claustrophobia on what could be a tired plot, the most popular movie of that ilk being 1983’s Cujo. Coupled with editing by Nancy Frazen (Pooh’s Heffalump Movie 2005) and Michael N. Knue (House 1986, Daredevil TV series), makes the movie clip, which enhances said claustrophobia while shooting on location in Sierra Madre, Cali, giving the look and feel of suburban life. 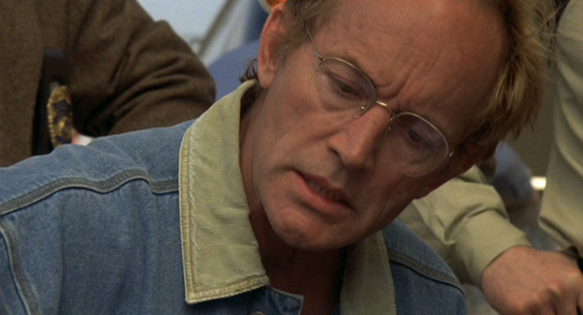 Despite the movie’s claustrophobic pace, the plot does not know whether it wants to be Horror, Comedy, or a Tragedy, because the specific feelings come in rapid succession. Whereas the Scream or Scary Movie franchises were easily identifiable, Man’s Best Friend throws feelings around to the extent that things jumble, and could be missed. Through it all, the interesting part about Man’s Best Friend that sets it apart is its central theme about lab animals, and taking them out of that environment, not knowing what happened to them. 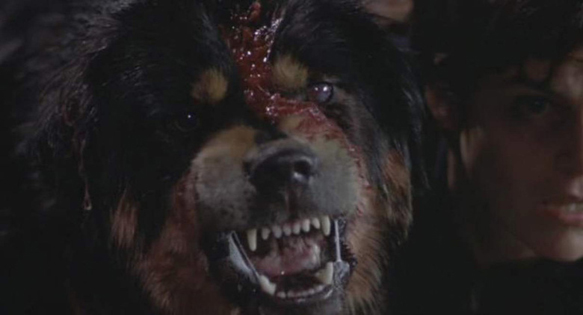 When Man’s Best Friend bowed, it doubled its estimated $6 million budget and Sheedy was nominated for a Saturn Award for Best Actress. Despite this, Rotten Tomatoes and IMDB has the movie with a 20% “Fresh” rating and 5.1/10. Nonetheless, it finds itself referenced in Pop culture’s eye in film and TV in years since. For example, in the 1995’s family classic, The Indian and the Cupboard, a poster can be seen advertising it. In addition, Man’s Best Friend has also been featured in movies like 1995’s Comedy, Friday, where Mr. Jones is watching the movie. More recently, in the 2013 film, Adjust Your Tracking, a video case of the movie can be seen. Finally, Man’s Best Friend has given way to a new generation of genetically engineered dog movies, including 2015’s Night of the Wild. Called by some 1983’s Cujo meets 1992’s Beethoven, Man’s Best Friend is undoubtedly a guilty pleasure of many Horror lovers all these years later. 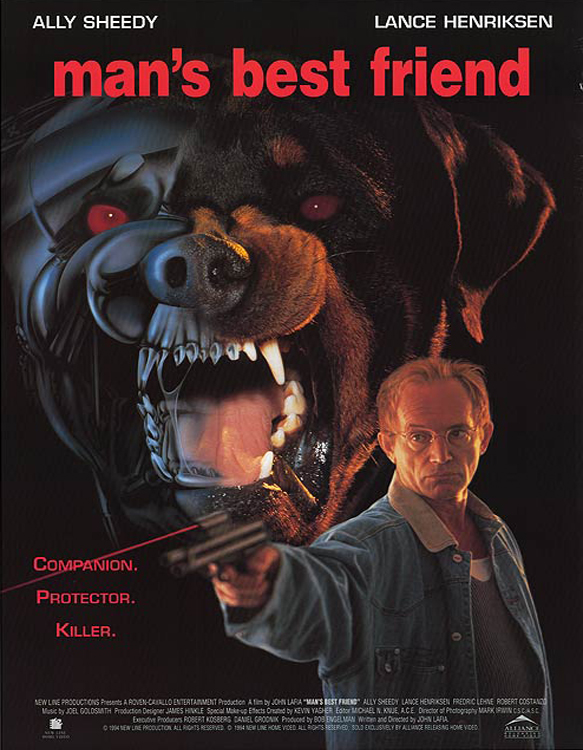