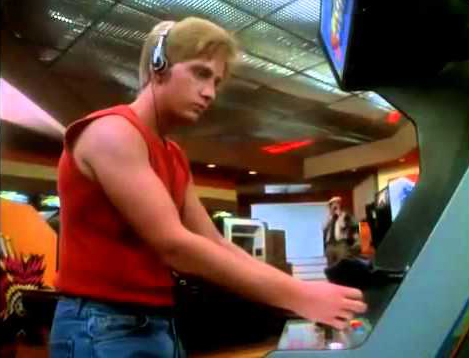 Since the Horror anthology was making a comeback in the ’80s, Nightmares fit right in with others, such as Creepshow (1982) and Creepshow 2 (1987), Twilight Zone: The Movie (1983), Cat’s Eye (1985), The Monster Club (1981) and From A Whisper To A Scream (1987). Unlike the rest of these other films, there is no wrap around story to tie all of the Nightmares segments together. The four storylines from Nightmares are actually episodes of the TV series Darkroom  that were considered too dark for television. When the show was cancelled in 1982, Universal combined the remaining episodes into a feature film. Although Ving is listed as an actor, he is also the frontrunner for the Punk band Fear. One of the songs Estevez’s character listens to is “I Don’t Care About You” by Ving’s band. The computer game sequences from the “Bishop of Battle” segment were so expensive to produce that they nearly bankrupted the entire production. To prepare for his role as a video game master, Estevez took a two week training course with the NYPD to learn how to hold and use a gun realistically.

Segment one, titled “Terror in Topanga,” is based off of the urban legend “Killer in the Backseat,” where a woman goes out alone at night and learns that there is a killer hiding in her car. Californian mom Lisa (Raines) needs to go out and buy cigarettes, despite the fact that the news has just reported that a cop killing madman is on the loose in their area. She argues with her husband, Phil (Joe Lambie), before driving off into the night. Once she gets the cigs, she realizes that she also needs gas, so she tools around the canyon, looking for an open gas station. It is there that she notices the attendant (Sanderson), who just happens to match the killer’s description, who is staring intently at her and her car. She freaks just as the pump jockey grabs her and drags her out onto the pavement, to her apparently imminent death. The attendant’s suddenly appearing gun goes off, shooting the real murderer (Ving) who had been hiding in her back seat. 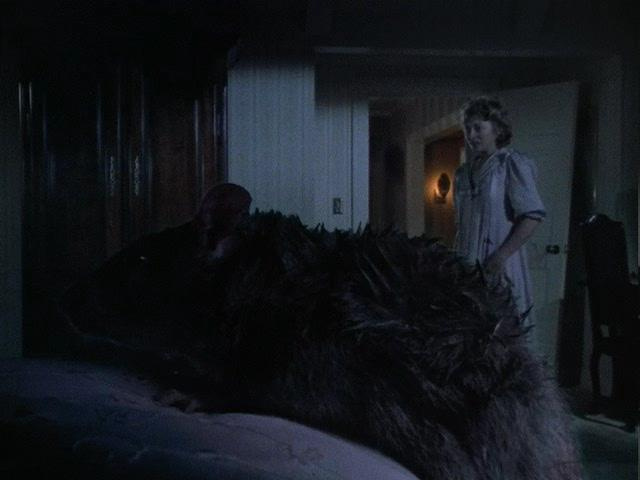 The second and most memorable segment, “The Bishop of Battle,” warns of the dangers of video game addiction. Teenager J.J. (Estevez) and his friend, Zock (Jayne), are obsessed with beating Level 12 in the arcade game “The Battle of Bishop.” Even after being grounded, J.J. sneaks out and breaks into the arcade, where he finally beats the unbeatable level. Suddenly, the gaming machine breaks apart and lets loose the neon colored minions of the game, including the 3D face of the Bishop itself. He does his best to battle them in a glorious display of 8 bit, TRON-like splendor. The next day, J.J.’s friends show up at the arcade to try their own luck at “The Bishop of Battle.” As they get ready to play, they see J.J.’s face flash on the screen as a new avatar in the game, and a new Level 14 to try and beat.

The third story, “The Benediction,” has small parish priest Father MacLeod (Henriksen) facing a crisis of faith after the recent, violent death of a young boy. He tells his superior (Plana) that he is leaving his ministry. Hopping in his car, MacLeod takes only a bottle of Holy Water, something he now considers merely tap water, and drives across the desert. It is there that he is cut off by a black truck with tinted windows. As the seemingly driverless truck takes off, MacLeod thinks he is safe, but the malevolent vehicle keeps showing up, finally running him off the road. In a final attempt to save himself, the ex-priest hurls the water at the truck, which is vaporized by the power of the blessed liquid. 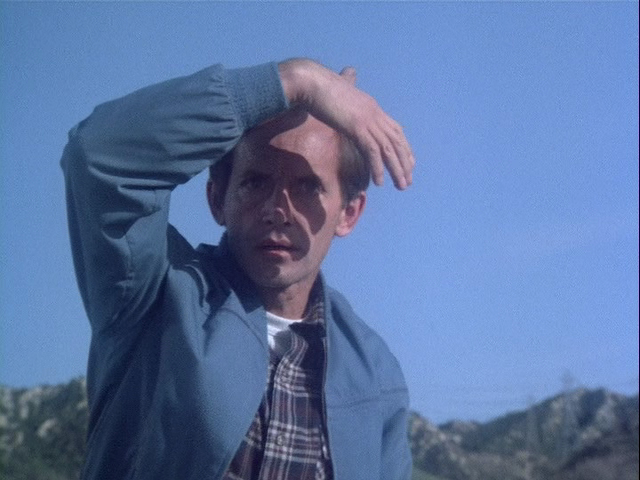 The fourth and final story, “Night of the Rat,” has Claire (Cartright) complaining to her husband, Steven (Masur), about rat-like noises in the walls. A few rat traps take care of some of the critters, but things only get worse, culminating when the family cat disappears. Claire finally calls an exterminator (Hague), who finds evidence of something really big chewing holes in cabinets and biting through wires. Irritated at his wife and feeling he has things under control, Steven kicks the exterminator out. Eventually, an enormous rat makes itself known, and a man vs. nature showdown of epic proportions ensues.

In 1984, director Joseph Sargent won a Golden Raven award at the Brussels International Film Festival for Nightmares, while James A. Scribner was nominated for a Saturn Award for Best Makeup. Universal released the film on VHS in the ’80s and again on January 1, 2002. It got a DVD release by Anchor Bay Entertainment in 1999 in full frame 1.33:1 presentation, but this version has since gone out of print, making it very rare for collectors, with secondhand prices ranging in the hundreds of dollars. On July 10, 2015, Scream Factory announced an upcoming Blu-ray release, although currently, no date has been set. With resale prices as high as they are, it is surprising to see that Rotten Tomatoes gives Nightmares a bare 17% rotten rating. With four story segments, the film is well-rounded and has at least one scare that everyone can relate to – loss of control, questioning of faith, pests, addiction, weakness, one’s children, one’s home, and most of all, the unknown. For a trip down a nostalgic, yet uninviting memory lane, look no further than Nightmares, a real treat for Horror lovers. 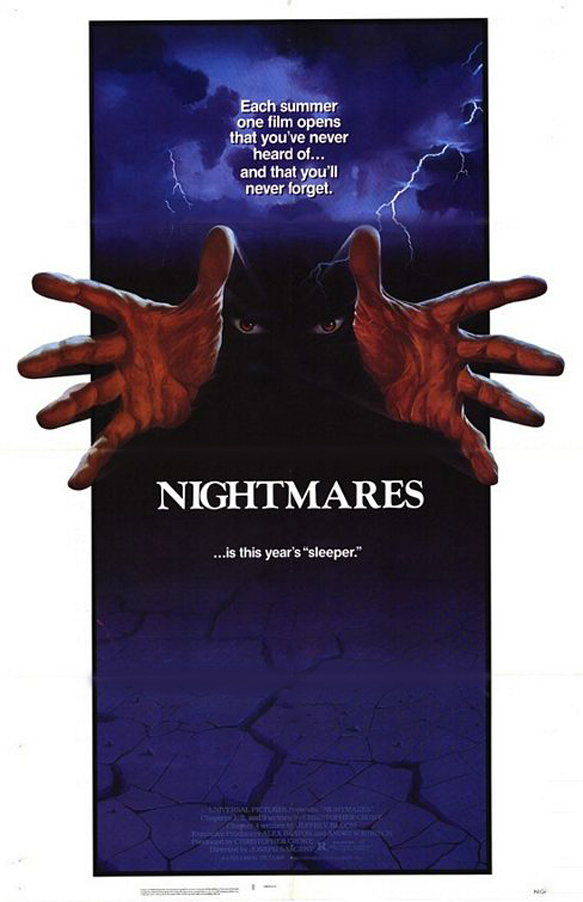 Purchase Nightmares on DVD on Amazon