This week in Horror movie history, back on February 18th in 2000, Pitch Black hit theaters. Directed by David Twohy (Warlock 1989, The Fugitive 1993) and produced by Tom Engelman (The Last Samurai 2003, The Lone Ranger 2013), the film donned a strong cast including Vin Diesel (xXx 2002, The Fast and Furious series) as Richard B. Riddick, Claudia Black (Farscape series, Stargate SG-1 seres) as Sharon ‘Shazza’ Montgomery, Keith David (Platoon 1986, Crash 2004) as Abu ‘Imam’ al-Walid, Cole Hauser (Good Will Hunting 1997, Tears of the Sun 2003) as William J. Johns, and Radha Mitchell (Man on Fire 2004, Silent Hill 2006) as Carolyn Fry, to name a few.  Though the film was not as well-received by critics, it had a slow-rising momentum that could not be stopped. 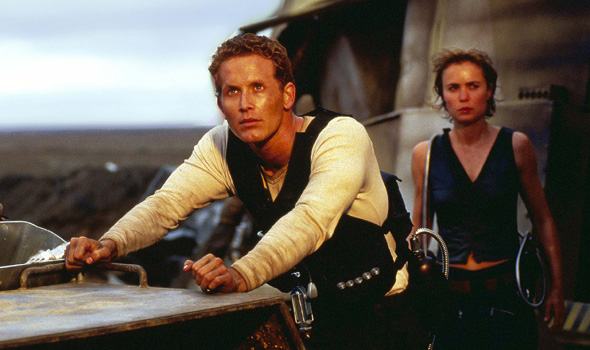 Twohy co-wrote Pitch Black with Jim and Ken Wheat, and while it is classified as a Science-Fiction film, it also features elements of Horror, Adventure, and some Drama. With a straightforward plot, involving a crashed ship, a ragtag group of survivors, and alien horrors, the film is packed with action, suspense and horror. All through this, Twohy addressed questions about morality through the characters. Diesel, in one of his first big films, gave an excellent performance portraying Riddick. His character challenged the moral and beliefs of the other characters with his ambiguity. In the end, the film is a story about redemption in the form of the anti-hero Riddick and the pilot Fry.

Shot within 60 days, in South Australia outside of Coober Pedy; the same location used for 1985’s Mad Max Beyond Thunderdome, the location provided the sun scorched sands that were the desired setting for the mysteriously lethal planet the characters found themselves on. However, though filmed in a desert location, the temperature was actually quite cool, and the film crew had to mist water on the actors to give the impression of perspiration. There were a few complications during the making of Pitch Black. One being, the character Riddick had unusual eyes (“shine job”), requiring Diesel to wear a set of prototype contact lenses. In fact, on the first day of filming, they had to call in an optometrist because they were not able to remove the lenses. It took the optometrist three hours to get to the film site. 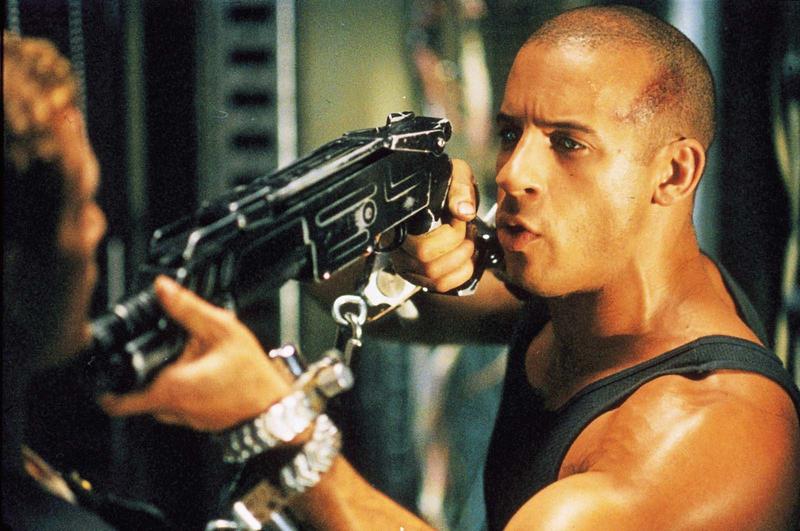 Furthermore, Pitch Black saw the role of the anti-hero become more popular in feature films. Riddick’s style and dark humor had an appeal that was quickly emulated by fans in cosplay, as well as leading to the rise/return of the tough-yet-complicated anti-hero found in multiple forms of media entertainment (movies, TV shows, and video games). This is often considered the film that greatly contributed to Diesel’s meteoric rise in popularity as an actor through his breakthrough performance in his role of the main character. He really stole the limelight and presented his character in such a way that the audience was rooting for Riddick by the end. It also brought about a resurgence of the Horror/Science-Fiction fusion, as Twohy was inspired to incorporate some unused ideas from 1992’s Alien 3; with which he helped work on an early draft as a writer.

Widely slammed by critics, Pitch Black pulled in approximately $53 million at the box office; just over double the modest budget of an estimated $23 million used to shoot the film. Since its initial release, the film has created a huge impression on both the fans and the genre. The popularity resulted in the launching of a series of sequel films including 2004’s The Chronicles of Riddick and 2013’s Riddick, as well as the 2004 animated movie The Chronicles of Riddick: Dark Fury, based around the anti-hero, Richard B. Riddick. In addition, the character of Riddick even makes a cameo appearance in a random encounter in Micro Forté role-playing game Fallout Tactics: Brotherhood of Steel (2001).

Horror films get the blood pumping with their intensity and suspense. Some contain visceral violence, accentuating the intensity and suspense. All of them play on people’s fears. In essence, a Horror film channels and plays upon primal fears: whether it is through thriller, suspense, unknown terrors, and the things of nightmares. Twohy’s Pitch Black plays upon several of those primal fears – such as fear of the dark, out-of-the-corner-of-the-eye suspense, alien nightmares, gore, and violence. He combines it with the challenges to the characters’ survival, whether through death from the alien threats, or through treachery of a member of the group, or through panicked reactions of some of the characters. The combination only serves to increase the intensity of the events. With these in mind, Pitch Black maintains a relevancy with modern Horror, even as the Horror genre transitions between different styles and settings. 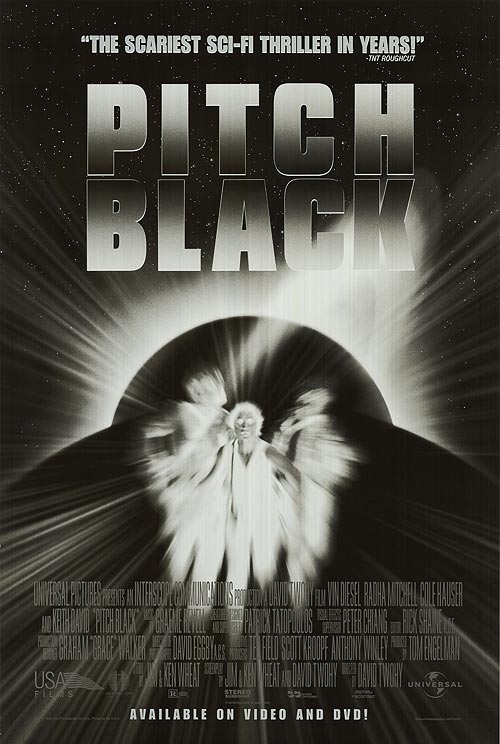