This week in Horror movie history, Psycho was released on December 4, 1998 through Universal Pictures. This remake of the 1960 Hitchcock classic was directed by Gus Van Sant (Good Will Hunting 1997, Milk 2008) and co-produced by Van Sant and Emmy and Oscar Award winner Brian Grazer (A Beautiful Mind 2001, 24 TV series). The special effects team for Psycho was led by J.D. Streett (Waterworld 1995, Men In Black 1997) and Freddy vs. Jason‘s (2003) Erick Brennan.

Both the original 1960 film and this 1998 remake were based on the eponymous novel by Robert Bloch, who based his own version of Norman Bates on Wisconsin serial killer Ed Gein. Both movies also share the same score, which was composed by Academy Award winner Bernard Herrmann (Citizen Kane 1941, Taxi Driver 1976), although the music for the 1998 film was re-recorded by Danny Elfman and Steve Bartek (Good Will Hunting 1997, Chicago 2002), who used vintage microphones to retain a retro feel. Psycho was filmed at Universal Studios as well as on location in Phoenix, Arizona and both Los Angeles and Gorman, California. 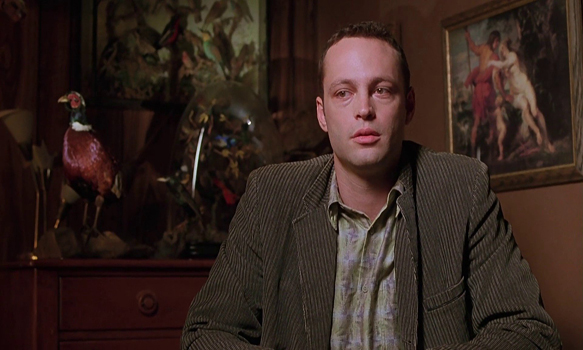 Several familiar faces were tagged to be cast in Psycho, including Tobey Maguire, Christian Bale, Joaquin Phoenix, Henry Thomas, Robert Sean Leonard, and Jeremy Davies in the role of Norman Bates, but Vince Vaughn (Dodgeball: A True Underdog Story 2004, Wedding Crashers 2005) won out in the end.

The film starts with real estate secretary Marion Crane stealing the $400,000 her employer has entrusted to her to deposit in the bank. She takes it to help her boyfriend, Sam Loomis, pay off his debts so that the couple can get married.

Knowing she cannot stick around Phoenix after such a huge theft, Marion hops in her car and drives in the heavy rain toward Sam in California, but stops on her way there to stay at the out-of-the-way Bates Motel. It is there that she meets the socially awkward Norman Bates, who invites her to dinner at the house on the hill that he shares with his mentally ill, co-dependent mother. During the light meal, Norman talks taxidermy and exposits that his mother refuses to let him have a life away from her. Marion hears Norman argue with her about letting the girl in the house. 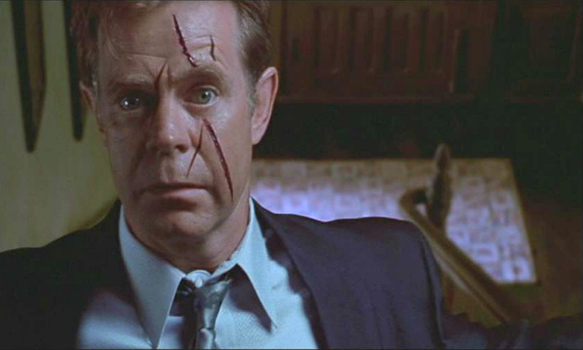 Later that night, Marion resolves to bring the money back to her boss, but decides to shower at her motel room first, unaware that Norman is watching her through a peephole in the wall. After he goes back to the house on the hill, a backlit, shadowy figure in a house dress attacks and kills Marion in the shower stall, stabbing her with a cleaver. Later, Norman discovers Marion’s body and, in an effort to keep his mother from going to jail, cleans up the crime scene and disposes of Marion, her car and all of the stolen money by sinking them all in a swamp.

By this time, Marion’s boss has realized that his secretary has taken the money and has hired Mr. Arbogast to track her down. Marion’s sister, Lila, is also looking for the girl. They both contact Sam Loomis, and from there, the investigation into Marion’s disappearance begins. Unfortunately for them, the whereabouts of Marion are the least of their worries.

This shot-by-shot remake (although some scenes and lines were slightly changed to appeal to a more modern audience) was not nearly as successful as its former counterpart. As a matter of fact, 1998’s version of Psycho won several Golden Raspberry Awards for Worst Remake/Sequel and Worst Director. Roger Ebert only gave the film one and a half stars, stating, “… demonstrates that a shot-by-shot remake is pointless; genius apparently resides between or beneath the shots, or in chemistry that cannot be timed or counted.” The film holds a 37% rating on Rotten Tomatoes and a 47% rating on Metacritic. Psycho was also considered a box office flop, only earning  an estimated $37 million after a budget of approximately $60 million. 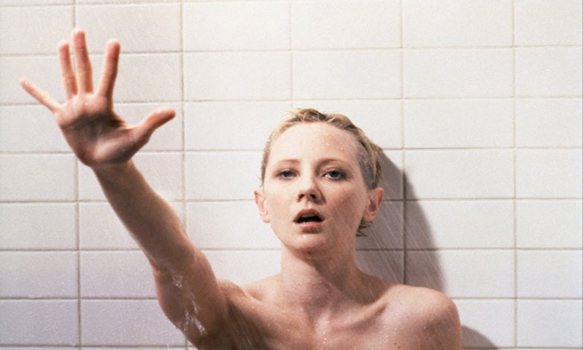 For Horror fans, the 1998 version of Psycho can go either way – they feel that Van Sant filmed a love letter to Hitchcock’s original or they think a shot-by-shot remake was a waste of film. Either way, the reintroduction of Psycho to the late century masses opened the eyes of younger Horror lovers to the original 1960 film, and for this, fans are forever grateful. 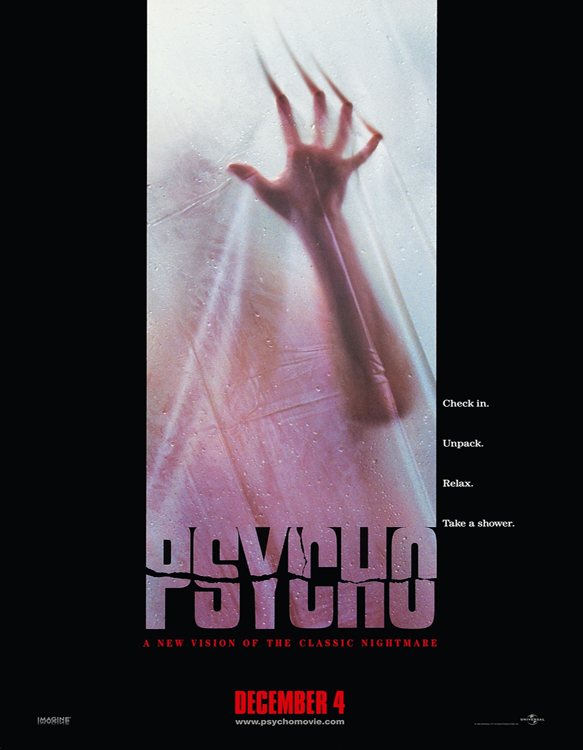 Purchase Psycho on DVD on Amazon