This week in Horror movie history, back on April 8, 1977, David Cronenberg’s Rabid was released in the US and Canada by New World Pictures. Both written and directed by Cronenberg (Scanners 1981, The Fly 1986), this sexually motivated Thriller stars Marilyn Chambers (Behind the Green Door 1972, My Therapist 1984), Howard Ryshpan (Spartacus and the Sun Beneath the Sea TV series, Mysterious Cities of Gold TV series), Joe Silver (You Light Up My Life 1977, Death Trap 1982), Frank Moore (The Long Kiss Goodnight 1996, Murder At 1600 1997) and Susan Roman (Heavy Metal 1981, The Adventures of Tintin 1991). Filmed on location in Montreal, Rabid was produced by John Dunning (Buffalo ’66 1998, Meatballs 1979) with music composed by Ivan Reitman (Animal House 1978, Ghostbusters 1984) and special effects by Al Griswold (Amityville 3D 1983, Devil’s Advocate 1997). Silver, Dunning, and Reitman all worked with Cronenberg on his 1975 film, They Came From Within. Although Cronenberg initially wanted Sissy Spacek for the role of Rose, the studio turned him down because they were not fans of her Texan accent or freckles. Cronenberg did get his shout out to Spacek though when he filmed Rose walking by a movie poster for her film, Carrie (1976). Rabid was not only Chambers’ big screen acting debut, it was also her singing debut with her disco song “Benihana” heard during the movie at the twenty-five minute mark. 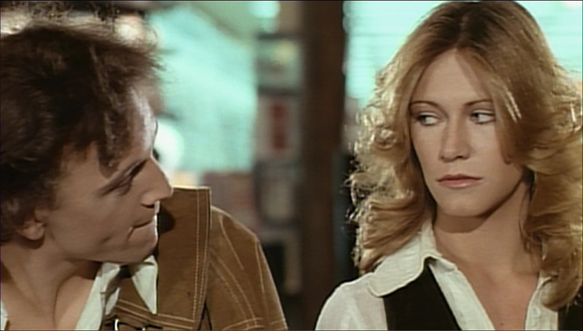 Rose (Chambers) and her boyfriend, Hart (Moore), are in a terrible motorcycle accident while riding in Quebec and Rose is terribly burned. Luckily, a patient at the nearby Keloid Clinic for Plastic Surgery witnesses the accident, prompting Dr. Dan Keloid (Ryshpan) to bring her back to the clinic and try an experimental new skin graft procedure. They use what looks like a cheese slicer to grade a hunk of skin from Rose’s leg and treat it so it turns into a morphogenetically neutral graft that will become perfect, scarless skin over the burned part of her upper body. After waiting a month for her to wake up, the quickly recovering, guilt-ridden Hart returns home to Montreal, driven by Murray (Silver). A midnight scream from the suddenly awakened Rose brings patient Lloyd (J. Roger Periad) to her room. As he tries to calm her, she hugs him to her naked breasts but starts struggling when he feels something biting his side – a something that is later revealed to be a needle tipped phallic protuberance that has grown in the warm cleft of her armpit. This mutation has the ability to draw blood from her victims and also infect them with a rapidly progressing form of rage-fueled rabies. Later, Lloyd’s mental capacities begin to falter and he checks himself out of the clinic in the middle of the night. As his cab drives along the highway, Lloyd turns into a green froth-drooling maniac, biting out the neck of the driver, and causing an accident that kills them both. The same night, Rose also sneaks out. After her experience with Lloyd, she realizes that she needs blood to survive, knowledge that drives her out in search of some, but an attempt on a cow leaves her hurling. She is accosted by a drunken farmer, who gets her phallus to the eye. This spurs Rose into a hunt for blood as she returns to the clinic and attacks a nurse relaxing in a hospital hot tub, but guilt causes her to call Hart and ask for help. Hart enlists Murray to bring him back to Quebec. Before he can get to her, she attacks and infects Dr. Keloid, who goes crazy during a surgery, neatly clips a nurse’s finger off, and sucks the blood from her stump like a straw. In the chaos surrounding the rabid doctor, Rose slips away from the clinic once again. 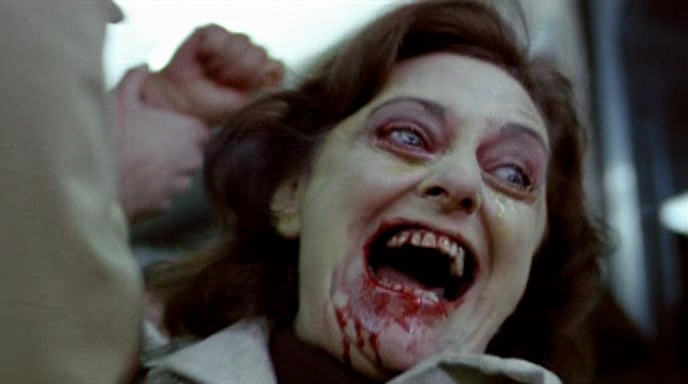 Meanwhile, the infected farmer has made his way to a local diner where he bites a waitress in public and spurs national attention for what seems like a sudden rabies outbreak. Rose infects a police officer and tractor trailer driver as she makes her way to her naive friend Mindy’s (Roman) house. Hart arrives with Murray at the clinic and realizes that Rose is in some serious trouble when he sees the nurse’s hidden, frozen body and the insane surgeon. He calls Rose’s friends until he contacts Mindy, who says she has heard from Rose. As the disease spreads and no cure can be found, since rabies shots do not work, martial law is enacted in Montreal, with the public being told to shoot to kill should they be confronted by anyone with the disease. The entire city of Montreal is in quarantine as biohazard teams arrive to take out the infected and dispose of the bodies. A nervous Murray has Hart drop him off at home where he finds a nursery covered in his infant son’s blood and an infected wife. Hart finally arrives at Mindy’s and sees Rose feeding on her well-meaning friend. He screams, “What did they turn you into” as she knocks him down the stairs. She wonders if his accusations of being Typhoid Mary are true and, as he lies unconscious on the stairs, feeds on a random man and then waits with him to see if he will wake up with the disease. Hart awakens to the sound of Mindy’s phone ringing, and when he picks up, hears Rose’s confession about her experiment. As he begs her to leave the apartment, her latest victim wakes up and stumbles over to her. She looks up to see him glaring menacingly down at her as the line goes dead and the despairing Hart takes out his frustrations on the telephone. The next morning, the city is abandoned. As far off gunshots and police sirens sound, a couple of biohazard soldiers find Rose’s dead body in an alley. They toss her into a garbage truck to be disposed of with the rest of the dead, not realizing that she is an uninfected carrier of the virus and perhaps the only antidote to the disease-ridden chaos that continues to plague the city.

Although he insists that Rabid was written before casting Chambers, one can not help but notice the comparisons between this film and the general stereotype of women and sex – porn star turns the tables on the phalluses in her life by growing her own and using it, not to belittle or humiliate, but to turn men into the single minded beasts that the world already assumes they are. Most of her victims were men who were hitting on her in some way, and rather than fall victim to them, she turned the tables by using her own penile instrument to infect them and leave them helpless, drooling incubation chambers. If this movie shows anything, it is that sudden onset, deadly disease can spread quickly and could one day be society’s downfall, and that easy girls can give you more than a few minutes of satisfaction. 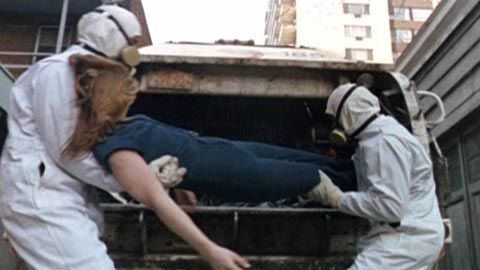 Rotten Tomatoes gives this multilayered Horror a 67% fresh rating. Like many of Cronenberg’s early films, Rabid sits in the watcher’s subconscious for a long time after the credits roll, making it an uncomfortable yet thought-provoking cult classic. Warner Home Video released the film on VHS in 1983, and there have been several DVD releases – once by New Console Home Entertainment in 2000, and again as a Special Edition version by E1 Entertainment in 2004. There was finally a Blu-ray/DVD option by Arrow Video in the UK on February 16, 2015, although there has yet to be a US Blu-ray release. With both the current resurgence and nostalgia value in Cronenberg’s films, that is sure to be remedied sooner than later. 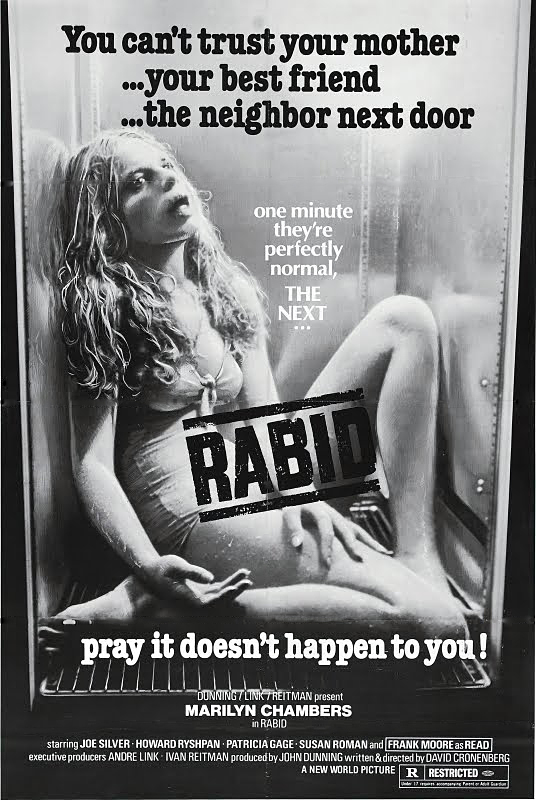 Purchase Rabid on DVD on Amazon