The late Wes Craven’s cinematographic legacy lives on in his films and fans. His undeniable unique style crafted a number of successful Horror films, but perhaps the most notable and in touch with younger audiences is the Scream series. That in mind, this week in Horror movie history, back on December 12th of 1997, the franchise’s first sequel, Scream 2, slashed into theaters. While it is not often a director from the first movie returns for the second, in this case Craven did, which weighed heavily upon the movies subsequent success. 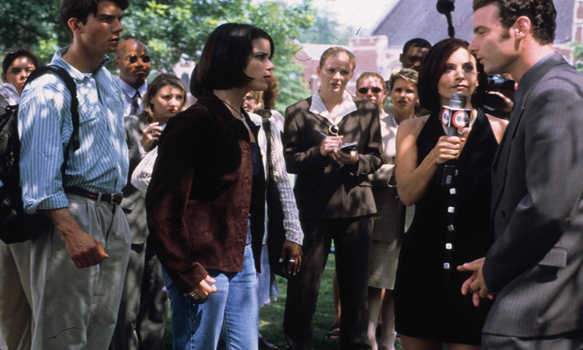 Although, despite the winning combinations, there were issues during filming of Scream 2. The major one being leaking of plot points on the internet, which of course created bigger problems and almost ruined the movie before production had been finished. Not usually an ideal situation for anyone involved in the film industry, however, the unforeseeable reasons forced Craven and Williamson to take drastic measures to ensure filming continued. This meant the original script was re-written a number of times, often at the last minute. Occasionally a scene was not written until the same morning they filmed it. In lesser skilled hands, this would have produced an unmitigated disaster and problems with the cast. 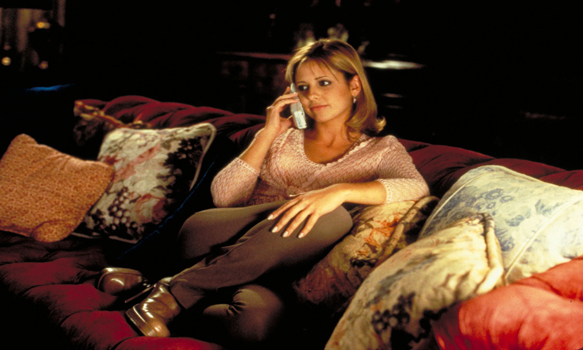 The gamble ultimately paid off, and as a result, the acting, along with storyline, were seamless. This meant the viewer was completely unaffected and unaware of the issues during filming. Furthermore, it showed at the box office, with Scream 2 taking in just under $173 million on an estimated film budget of $24 million. Above this, it was meant with positive reviews, with some even saying it was better than the first film. 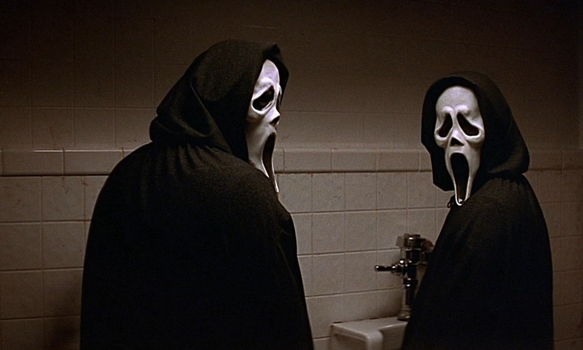 Every inch of production was top notch, right down to the musical score created by Danny Elfman (The Simpsons TV series theme, The Avengers Age of Ultron 2015), and Hans Zimmer (The Dark Knight 2008, Inception 2010), which likewise received high praise. Also cashing in on the movie soundtrack craze at the time, Scream 2’s soundtrack sports big time acts including Tonic, Everclear, and Collective Soul, to name a few. The soundtrack ultimately spent ten weeks on the Billboard 200.

Along with box office success and fanfare, Scream 2 also sparked a long standing fashion trend, such as the red streaks Cox and Campbell wore in their hair, that lasted well past the film’s cinema run. A decade defining Horror flick, it also kept the famous Ghostface costume one of the era’s biggest sellers around Halloween. Spawning two more sequels, 2000’s Scream 3 and 2011’s Scream 4, Scream 2 still stands the test of time as one of the franchise’s elite chapters. 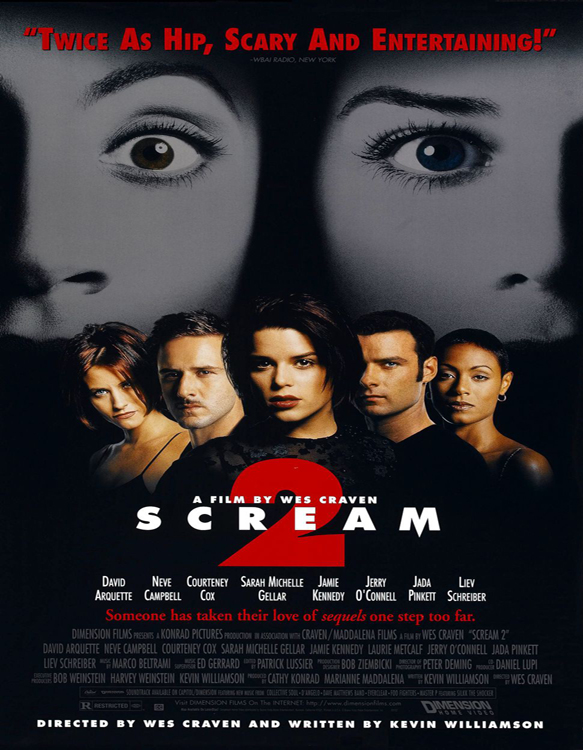