This Week in Horror Movie History – The Amityville Horror (1979)

This week in Horror movie history, The Amityville Horror was released on July 27, 1979 through American International Pictures. Stuart Rosenberg (Cool Hand Luke 1967, My Heroes Have Always Been Cowboys 1991) directed this haunted Horror story that was based on Jay Anson’s book of the same name, although the actual script was written by Sandor Stern (True Grit 1978, Pin 1988) after Anson’s screenplay was rejected by producers. Starring James Brolin (Marcus Welby, M.D. TV series, Hotel TV series), Margot Kidder (Black Christmas 1974, Superman 1978) and Rod Steiger (Doctor Zhivago 1965, Mars Attacks! 1996), The Amityville Horror was co-produced by Elliot Geisinger and Ronald Saland, who had worked together previously on The Adventures of the Prince and the Pauper (1969) and The Night the Lights Went Out in Georgia (1981). The Oscar nominated score was composed by Lalo Schifrin (Mission Impossible TV series, Rush Hour 1998) while the intensely creepy special effects were co-created by Dell Rheaume (Close Encounters of the Third Kind 1977, Invasion of the Body Snatchers 1978) and Emmy award winner William Cruse (Firestarter 1984, War and Remembrance 1988). The movie was filmed in New Jersey, Connecticut, MGM Studios in Culver City, California, and in Long Island, New York, the location of the actual Amityville house, although filmmakers had to recreate the building itself in Toms River, New Jersey as they had been denied permission to film by the Amityville authorities.

The movie starts on the first day George (Brolin) and Kathy Lutz (Kidder) move their three kids, Greg (K.C. Martel), Amy (Natasha Ryan) and Matt (Meeno Peluce) into their unbelievably cheap new home. Kathy asks Father Delaney (Steiger) to bless the home, but as he performs the Catholic ritual, the priest finds himself in a room full of buzzing flies along with the onset of a violent stomach sickness. Later, when trying to call the house, his hands break out in painful blisters. This does not deter him, however, from trying to help, although his frustrations mount at the lack of support he receives from his superiors, resulting in a loss of faith that robs him of his sight and sanity. Meanwhile, George begins to act out of character, becoming angry at the least provocation and becomes obsessed with the house’s low temperature, something only he appears to notice. He spends all of his free time chopping wood for the fireplace. The children are also affected. One of the boys suffers a crushed hand when a window slams shut on him and little Amy begins talking about an imaginary friend named Jody, a seemingly malevolent creature that appears in the form of a pig, staring into the second floor window with glowing red eyes.

Over the course of their twenty-eight day stay at the house, the Lutzes also experience black, viscous liquid bubbling up out of the toilets and dribbling out of holes in the walls, a babysitter being trapped in a closet, George waking up every night at 3:15 and obsessively checking the boathouse, money disappearing, and the violent sickness of Kathy’s visiting aunt. When they visit George out of growing concern for his wellbeing, George’s business partner’s psychic wife feels both repulsed and attracted to the energies inside the home. This prompts a visit to the library, where the family learns that their house was built on the burial ground of the Native American tribe, the Shinnecocks, and that the Satan worshipper John Ketchum once lived there. This knowledge does nothing to assuage them, and one night, everything comes to a head as the house finally expels its living inhabitants. As the Lutzes drive away in panic, a title card reads, “George and Kathleen Lutz and their family never reclaimed their house or their personal belongings. Today they live in another state.” 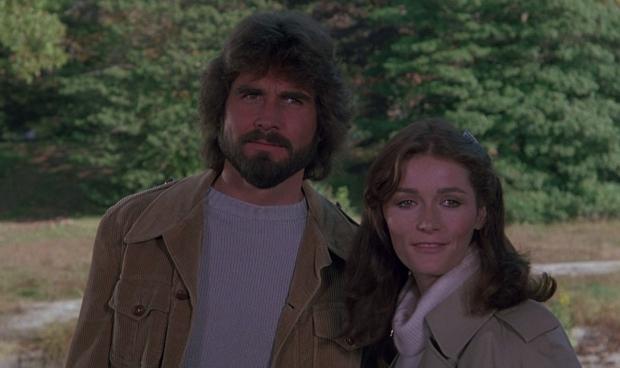 Although there has been some controversy over the years about the claim that the Lutz’s story was based on fact, there is no denying that the home’s previous inhabitants did actually live and die there. Ronnie “Butch” DeFeo did admit to murdering his entire family in 1974. Both parents and four younger siblings were shot in their own beds on Ocean Avenue in Amityville, New York. It is the events that followed that some find tough to swallow. Although it has been over forty years, both George and Kathy Lutz, along with their children, have insisted that their experiences in the home were real and have no explanation as to why none of the owners since have experienced anything paranormal. The demonologist Ed Warren and his psychic wife, Lorraine, had investigated the house after the Lutz family left and found it to be practically crawling with ghosts and supernatural activity. The Warrens had previously visited the Rhode Island farmhouse whose haunting inspired the 2013 film, The Conjuring.

On the other hand, in the September 17, 1979 issue of People magazine, William Weber, Ronald DeFeo’s own defense attorney, wrote, “I know this book is a hoax. We (the Lutzes and I) created this Horror story over many bottles of wine.” Both James Brolin and Margo Kidder became friendly with the family during filming but doubted their story after having an uneventful visit the house on Ocean Avenue as part of the publicity for the movie. The film only rates a surprisingly low 24% at Rotten Tomatoes. Movie critic Roger Ebert says that while the Lutz’s experiences may have been frightening, he doubted whether those tales were made into an entertaining movie with an invisible bad guy, adding, “The problem with The Amityville Horror is that, in a very real sense, there’s nothing there. We watch two hours of people being frightened and dismayed, and we ask ourselves… what for?” 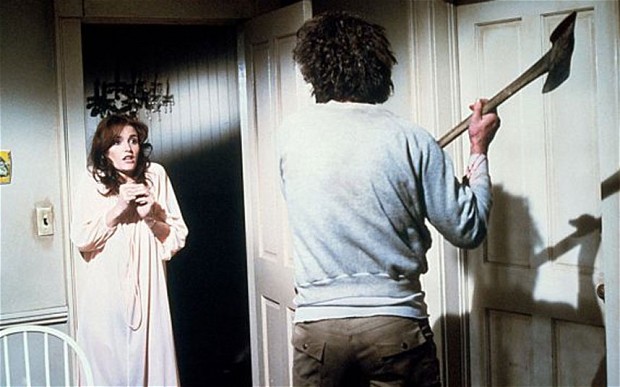 Although The Amityville Horror was considered a critical failure, the box office numbers do not lie, proving it to be a commercial success. The film garnered $86.4 million and, at its release, was the highest grossing Independent film of all time, at least until Halloween came long the following October. Margot Kidder was nominated for Best Actress by the Academy of Science Fiction, Fantasy & Horror while the score was nominated for both an Oscar and a Golden Globe. A remake came together in 2005, directed by Andrew Douglas and starring Ryan Reynolds and Melissa George as the Lutzes and Philip Baker Hall as the terrified priest. The remake pretty much followed suit with the original film with a 23% rotten rating at Rotten Tomatoes yet earning a decent $108 million in theatres. Between the remake and the twelve separate sequel/prequels developed over the past thirty-six years, there is no denying that, true or not, the story the Lutzes told is ominously creepy, made worse by the fact that there are no tests to confirm or deny what they say happened. If ghosts and demons can reside in a place and only be felt by certain people, who is to say there is not something swirling about our heads at any given moment? 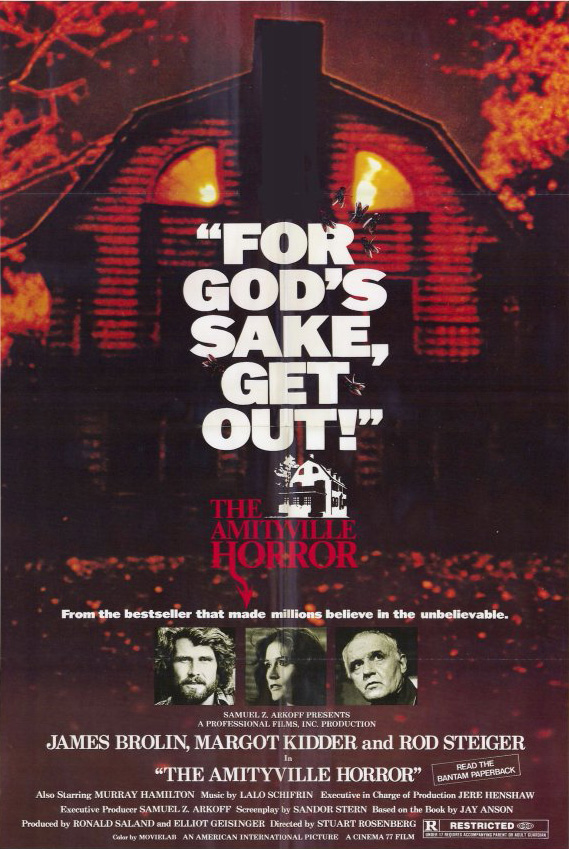 Purchase The Amityville Horror on DVD on Amazon