This Week in Horror Movie History – The Believers (1987)

This week in Horror movie history, back on June 10, 1987, John Schlesinger’s The Believers was released in theaters. A Neo-Noir Thriller film directed and co-produced by the late Schlesinger (Marathon Man 1976, The Innocent 1993), Beverly J. Camhe (The Package 1989, The Celestine Prophecy 2006), and Michael Childers (Icons and Legends: The Photography of Michael Childers 2004) from a script written by Mark Frost (The Greatest Game Ever Played 2005, Fantastic Four 2015), The Believers is based on the novel The Religion, by Nicholas Conde. Starring Martin Sheen (Apocalypse Now 1979, The Amazing Spiderman 2 2014), the late Robert Loggia (Revenge of the Pink Panther 1978, Independence Day 1996), and a young Jimmy Smits (Running Scared 1986, Star Wars Episode III – Attack of the Clones 2005), this controversial film proved profitable at the Box Office despite being written off as just another film like its classic predecessors, 1968’s Rosemary’s Baby and 1973’s The Exorcist, gaining cult status. 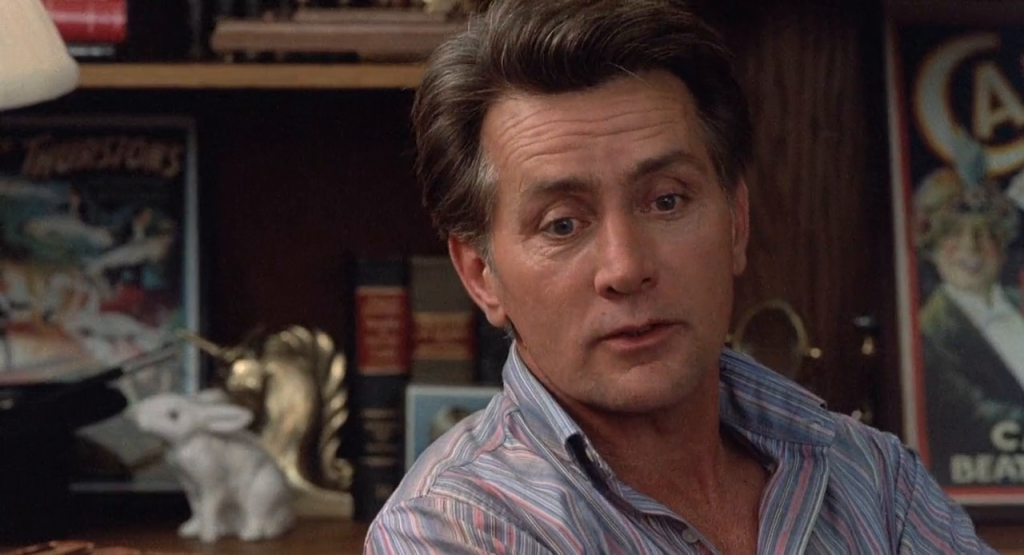 The Believers begins with Cal Jamison (Sheen), a widower who just moved to New York with his son, Chris (Harley Cross: The Fly II 1989, Shriek If You Know What I Did Last Friday the Thirteenth 2000), and becomes a psychologist with the NYPD. One of his co-workers, Officer Tom Lopez (Smits), who worked a cult case, has a breakdown because their brainwashing tactics and the rituals he witnessed got under his skin. Can Jamison solve the case and rid New York of the cult before people are dead, and the cult and the case make him lose his mind?

When The Believers was released, it caused controversy by allegedly inspiring the Mexican cult called Santeria, which victimized American tourists around South Padre Island with the belief that the souls kept them safe. This controversy could have made the film with the crossover to reality, or it could have the adverse effect. In addition, critics found the film as multi-faceted with correlations to films like 1972’s The Possession of Joel Delany for its depiction of ethnic phobias while New York, in and of itself, bears evil. Present day, the fear of other ethnic groups is very much relevant as well as religions in light of the terrorist attacks of September 11th, 2001. At one time, New York had a reputation for being a dirty, evil city, but nowadays, any other city is just as susceptible to evil as New York. That aside, The Believers is very psychological, and still shows how a person can get into the mind of, not only one, but many. 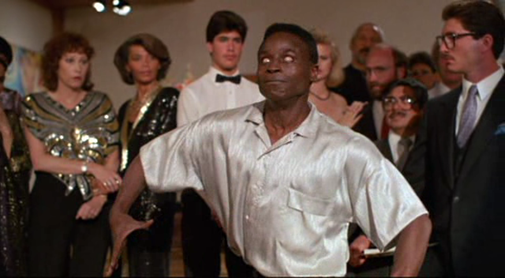 Though set in the city, the pacing of the film is a pretty even tempered burn with the setup getting pieced together bit by bit until the last act. Everybody’s characters are more or less mild-mannered until the tripwire gets caught, and they snap. Sheen, despite his previous tragedy, seems the most even-keeled…until the final scene. Everybody has had someone get under their skin and into their head. With New York serving as the claustrophobic backdrop for the cult to do their deeds, the perpetrators can blend into the throngs of potential victims, while Canada has the opposite effect with its open spaces where cult members can do their deeds and disappear into the vastness of the woods. 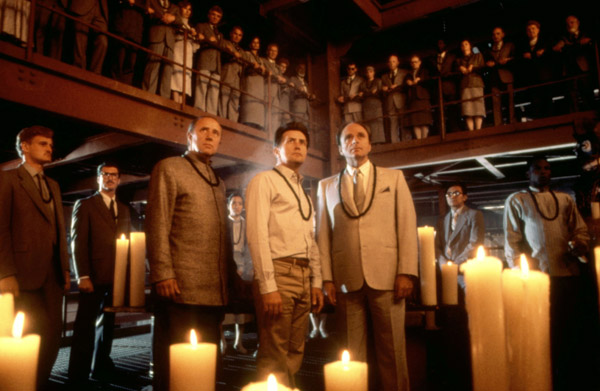 When The Believers bowed, it made approximately $18.7 million on an undisclosed budget, and has since been mentioned in the 2006 episode, Head Case, of the TV series NCIS, where the film’s named by Tony. Though The Believers is not the first of its kind, it is believed to be the basis for Wes Craven directed 1988 film Serpent in the Rainbow, as well as laid the path for modern cult-themed films like 1997’s Devil’s Advocate, 1999’s End of Days, and 2013’s Sacrament, but without The Believers to lead the brigade, the others might have never been, making it an integral part of Horror cinema history. 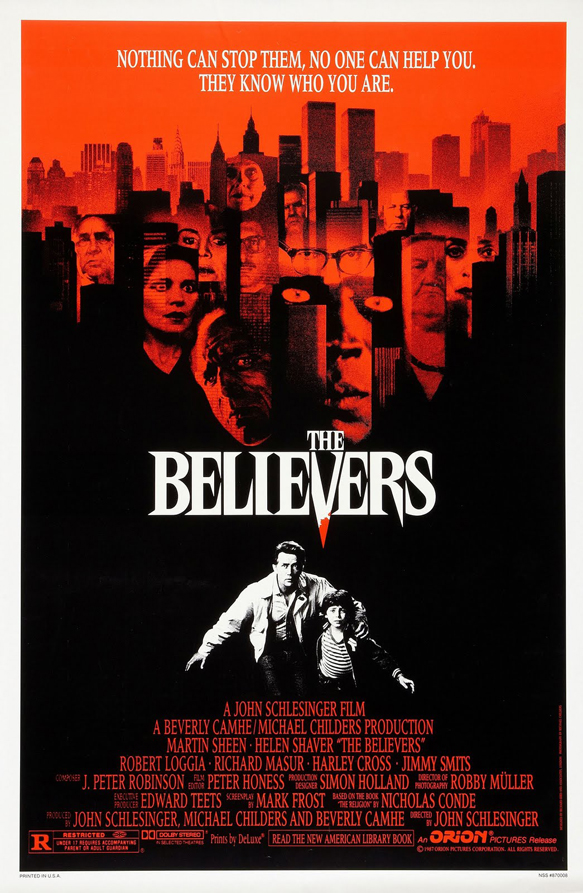 Purchase The Believers on DVD on Amazon