This Week In Horror Movie History – The Guardian (1990) 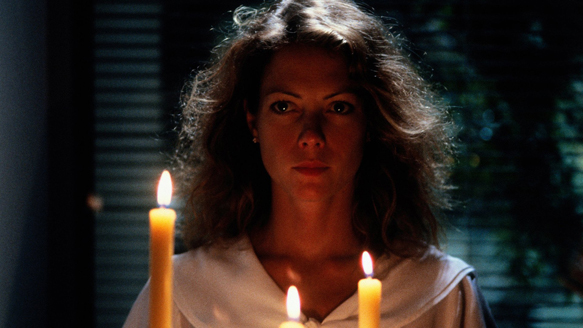 Shot on location in Los Angeles and Santa Clarita, California, The Guardian starts out with a title card explaining how ancient Druids sometimes worshiped trees and would even make sacrifices to them. At the Sheridan home, Molly (Natalia Nogulich: National Lampoon’s Christmas Vacation 1989, Hoffa 1992) and Allan (Gary Swanson: Sniper 1993, The Bone Collector 1999) are leaving their children in the care of their nanny, Diana (Seagrove). They turn around to get Molly’s glasses to find their baby daughter’s bed empty and Diana nowhere to be found. In the woods, Diana has offered the baby to an ancient, gnarled tree. The little girl disappears and the tree’s roots form in the shape of her little face. When Diana looks at her reflection in a pond, a growling wolf stares back.

A year later, in Los Angeles, Phil (Brown) and Kate Sterling (Lowell) welcome home a baby boy named Jake. They decide to hire a nanny, and when the competition is taken out by highly suspicious circumstances, Camilla (Seagrove) is hired. One day on a walk, Camilla and Jake are attacked by three men. They run to the woods where a tree comes alive and uses its branches to slash, burn, and even eat the attackers. Neighbor Ned (Hall) takes a liking to Camilla, but when he accidentally sees her fusing with a tree in the woods, he is chased back home on foot by a pack of wolves. Just before the creatures break in, Ned manages to call and leave a rambling message of warning on Phil and Kate’s answering machine. He is then confronted by a naked and ashen Camilla, who sets her wolves on him. Although there was a struggle, all evidence of Ned’s death mysteriously vanish. 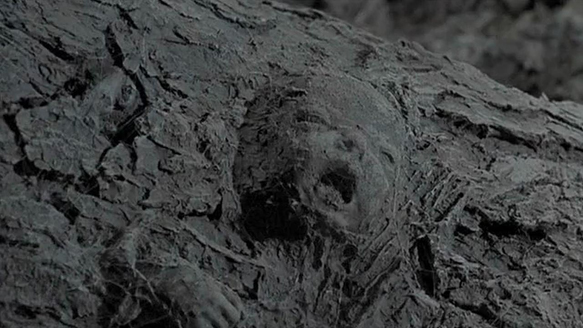 The next day, Phil hears two messages on his answering machine – one is an urgent plea from Molly Sheridan and the other is from Ned. Before he can digest what he just heard, Camilla comes in and says that little Jake is sick. The next day, Phil meets with Mary Sheridan and learns about her missing baby daughter. Mary begs him to let her meet Camilla to confirm that she is also Diana. Phil listens to his answering machine messages again and realizes what Ned was trying to say, but when he rushes over to his neighbor’s house, he finds an empty house and no Ned. When he goes home and confronts Camilla, the baby becomes violently ill. At the hospital, Jake begins to recover, triggering Camilla to try and take him, but Phil grabs him. The couple return home with their baby to find a wolf guarding their door. When Camilla chases Phil and the baby into the woods, Kate follows and runs her down with their Jeep. On Camilla’s body are baby faces embossed in tree bark. Phil cuts down the actual tree with a chainsaw as a part tree/part human Camilla comes alive and attacks Kate. As the saw cuts into the bark, the tree bleeds and chunks fall off of Camilla’s body. When Phil cuts off a branch, Camilla looses an entire limb. When the tree finally hits the ground, it explodes into flame and Camilla disintegrates.

Originally to be directed by The Evil Dead’s (1981) Sam Raimi but switched to Friedkin when Raimi backed out to film Darkman (1990), The Guardian’s storyline started out closer to the source material – an evil nanny who steals children – but the script was rewritten so many times because of pressure from the studio for a supernatural film that the end result bore very little resemblance to the original plot. As a matter of fact, scriptwriter Stephen Volk had a nervous breakdown from the constant creative changes and left the production after many sleepless nights. 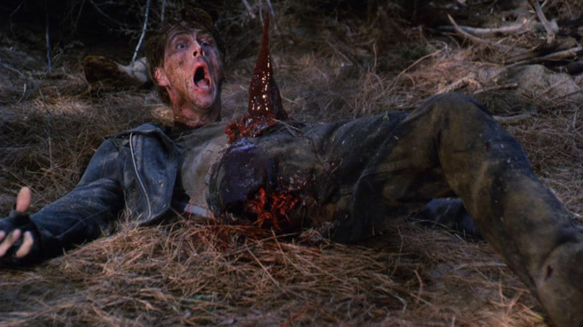 The Guardian was released on VHS by MCA Universal home video on October 17, 1990 and was later licensed by Universal for a DVD release through Anchor Bay Entertainment, which was released October 12, 1999. The DVD features an audio commentary by Director Friedkin, as well as the original theatrical trailer. This release has been long out of print and is difficult to obtain. The film was released on Blu-ray by Shout Factory on January 19, 2016.

The film did poorly at the box office, bringing in only an estimated $17 million after working with an A list budget. Not happy with the cable TV version, Friedkin – who had not filmed a Horror movie since The Exorcist – changed his name to Alan von Smithee in the updated version. Alan von Smithee is a generic name used by film cast and crew members when they do not want to be associated with a picture. Paul Rawson (Foreign Bodies 1994, Glory Daze 1995) was originally hired as Scotty, Mary Sheridan’s remaining child, but fell ill just before filming and was replaced. After seeing the final film and being disappointed in the result, he has said he was glad he had the flu. Roger Ebert gave the film one thumb and added it to his Most Hated Films of All Time list. Even critics of today were not thrilled with The Guardian – film aggregate website Rotten Tomatoes lists a mere 13% fresh rating. Despite being panned by critics, The Guardian has found a following in die-hard Horror fans. Who would not love a film about a baby stealing, Druidic, metamorphosing half human/half tree who can fly? 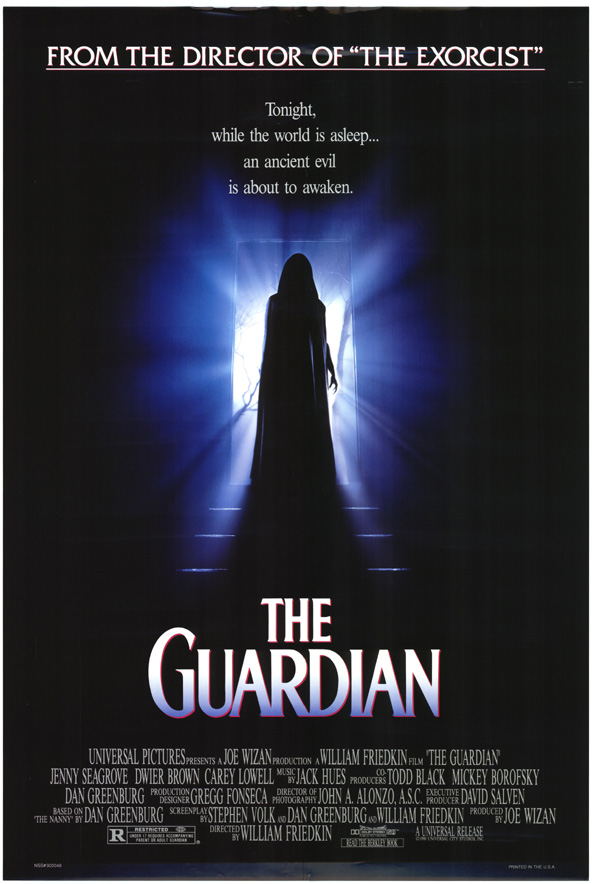 Purchase The Guardian on Blu-ray/DVD on Amazon