This week in Horror movie history, The Thing was released on June 25, 1982 via Universal Pictures and the Turman-Foster Company. This inter-planetary Thriller was directed by Horror genius John Carpenter, who, along with twenty-two year old Rob Bottin (Se7en 1995, Fight Club 1999), Roy Arbogast (Close Encounters of the Third Kind 1977, Star Wars: Episode VI – Return of the Jedi 1983) and Stan Winston (Edward Scissorhands 1990, Terminator 2: Judgment Day 1991), jumped in with both feet to create some of the most fantastic special effects creatures of its time. Short Circuit (1986) duo David Foster and Lawrence Turman co-produced The Thing after reading the script written by Bill Lancaster (The Bad News Bears 1976). For the first time in his career, Carpenter handed the musical reigns over to another – The Exorcist II: The Heretic’s (1977) composer Ennio Morricone. Starring Kurt Russell (Escape from New York 1981, Overboard 1987), Wilford Brimley (Cocoon 1985, Our House TV series), Donald Moffat (The Right Stuff 1983, Clear and Present Danger 1994), T.K. Carter (Punky Brewster TV series, Baadasssssss! 2003) and Keith David (Platoon 1986, Pitch Black 2000), The Thing takes place in the frigid, barren wasteland of Antarctica; a place that is bad enough without the addition of a shape-shifting alien.

Filmed in Alaska, British Columbia and California, The Thing starts out with a lone dog running across the barren, snowy Arctic tundra. For reasons not yet explained, two Norwegian men in a helicopter shoot at the dog from above. Having nowhere else to go, the dog runs behind the crew of the U.S. Antarctica Research Station, but the men in the helicopter are relentless, even shooting one of the research scientists in his pursuit. The situation ends with the Norwegian men being killed and the clueless Americans adopting the seemingly harmless dog, causing a landslide of events that may result in the end of all human kind. It seems as though this sweet natured Alaskan Malamute is actually a bloodthirsty alien creature that can assimilate itself to look like anyone or anything. Exposure to just one spore from this parasitic invader is enough for it to take over all of the cells of its host, hiding within until the time comes for it to attack or spread. Until it makes itself known, the host looks and acts exactly the same as before infection, making detection nearly impossible.

The alien begins by attacking the sled dogs in the researcher’s kennel, a scene not soon forgotten by Horror lovers far and wide, filled with screaming animals, a bursting dog head, whip-like tentacles, and slimy spider legs. The men, led by helicopter pilot MacReady (Russell), witness the hideous transformation as Childs (David) incinerates the dog-thing with a flamethrower. Trying to understand what they are up against, biologist Blair (Brimley) autopsies the burnt remains and realizes that the Thing is still alive on a cellular level. He also deduces that, should the leeching monstrosity escape the secluded confines of Antarctica, the entire world’s population will be infected within twenty-seven thousand hours, or a little over three years. As the howling snow starts to blow, Blair goes on a rampage to destroy the group’s means of escape and outside contact in an effort to contain the organism. This seemingly psychotic act gets him locked up in another building. 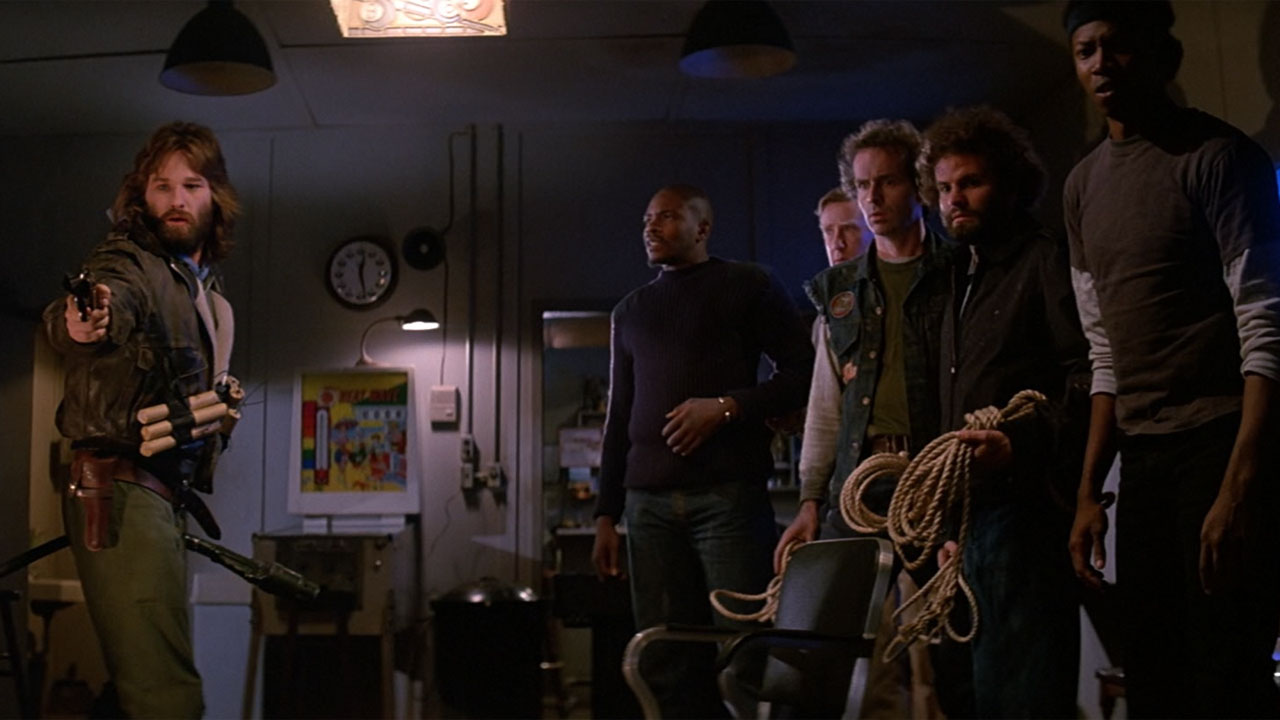 The paranoid men do not know who to trust. During an investigation outside the barracks, Nauls (Carter) assumes MacReady has been assimilated and cuts him loose from a tether that would bring him back through the storm, leaving him floundering. MacReady somehow finds his way back and threatens them all with a lit flare and a handful of dynamite. When the others gang up on him, Norris (Charles Hallahan) appears to have a heart attack, ending the mutiny. As they give him CPR, Norris’ abdomen opens into a gaping maw and bites off Copper’s (Richard Dysart) arms. MacReady incinerates the Norris-thing, including his detached, spider-legged head.

Wanting answers and having no other way to get them, MacReady explains his theory that every piece of the alien is an individual organism with its own survival instinct. One by one, MacReady tests everyone’s blood with a heated piece of copper wire, getting no reaction until he gets to Palmer (David Clennon), whose sample flees from the hot wire. Exposed, the Palmer-thing transforms and attacks Windows (Thomas G. Waites), forcing MacReady to incinerate them both. When MacReady, Garry (Moffat), and Nauls go to test Blair, they assume he has assimilated when they find a tunnel under his prison that leads to an escape ship made from scavenged equipment. When they get back to the barracks, they find Childs missing and the electrical generator destroyed.

Knowing there is no escape for them, MacReady, Garry, and Nauls realize Blair was right and decide to dynamite the complex in an effort to kill the creature and keep it away from the rest of the world. Garry dies and Nauls disappears when they set the explosives, leaving MacReady alone to trigger the detonator. Just as he is ready to set the charges, the Blair-thing arrives – a gigantic, tentacled, dog/humanoid hybrid that explodes out of the floor, destroying the detonator. MacReady tosses a single stick of dynamite at the creature, blowing it and the complex to Kingdom Come. The pilot stumbles away from the explosion as Childs reappears. The two men acknowledge that there is no hope for survival and share a bottle of scotch. As the building behind them burns, Russell huffs steaming breaths into the night air, while Childs does not seem to be breathing at all…

Fresh off of the box office successes of Halloween (1978), The Fog (1980), and Escape from New York (1981), Carpenter took on this more extensive, bigger-budgeted picture with the hopes that his lucky streak would continue, sure that audiences would love experiencing his nightmare of bleak, alien Horror. Unfortunately, critics panned The Thing for its lack of characterization and for concentrating too much on gore and shock value. Although Carpenter himself states this one as the favorite of all of his creations, he was hugely disappointed when Christian Nyby, director of the original film The Thing From Another World (1951), publicly denounced this version, as both films were based on the novella Who Goes There? by John W. Campbell. Being released a few weeks after Spielberg’s E.T. the Extra-terrestrial (1982) did not help the box office earnings, as many seem to prefer the more benign alien over this gory, shape-shifting menace.

Hindsight is 20/20 though, and audiences now know that the movie was ahead of its time as The Thing is tagged at the top of many Horror aficionado’s list of favorite films, noted for its benchmark special effects and obscure realities. Watching the film has even become a part of British Antarctic culture during their Midwinter celebrations held every June 21. Over the years, The Thing has sparked much creativity, including a novelization in 1982, a comic book miniseries titled The Thing From Another World in 1991, a video game sequel in 2002 and a prequel film, also titled The Thing, in 2011. Both Carpenter and Russell admit that they still have no idea which characters get infected and when, even after all these years, which leaves many questions: what happened after the credits rolled? Has the alien figured out a way to cross the frozen Antarctic? Who is infected now? 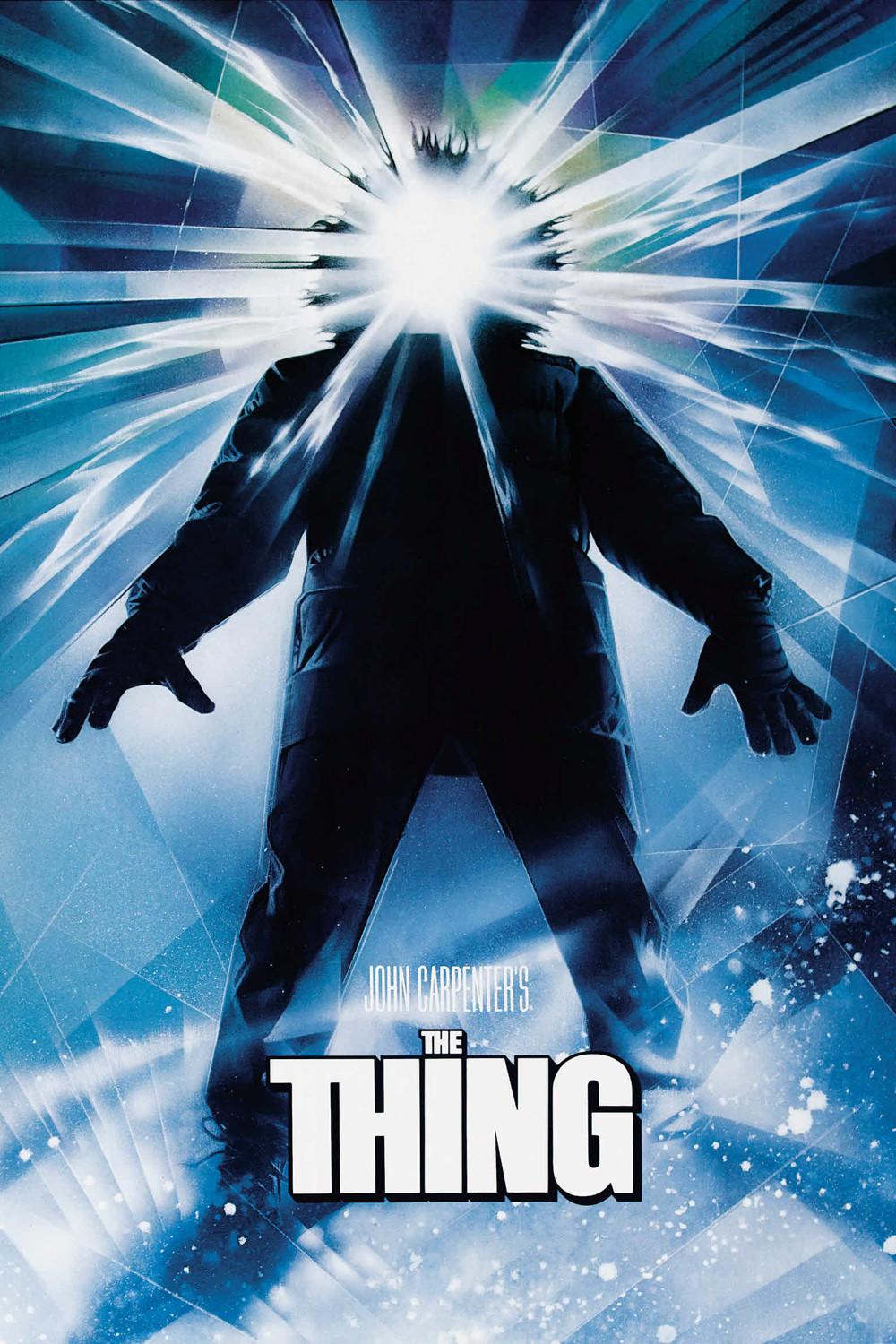 Purchase The Thing on Blu-ray/DVD on Amazon